Two people died in the crash at an airstrip at the Shirley Williams Airport, and a family nearby rushed to attempt a rescue. 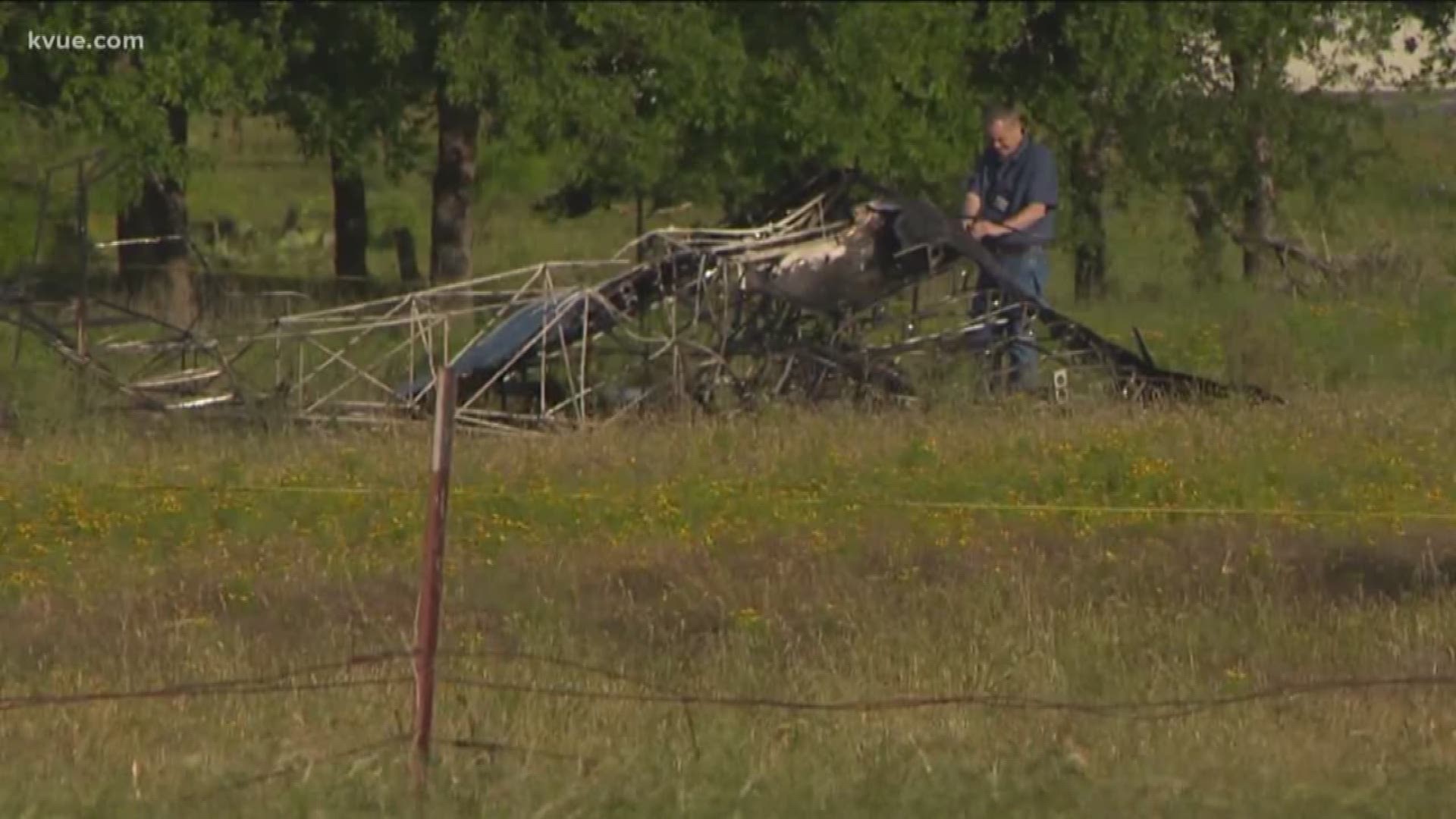 KINGSLAND, Texas — The two people who died after a plane crashed in Kingsland on Sunday afternoon have been identified as 69-year-old William Lee Glenn and John Timothy Sharpe of Kingsland.

The crash happened at the Williams Lakeshore Airstrip at Shirley Williams Airport, near the Legends Golf Course. Multiple agencies were responding.

The two people on board at the time of the crash died on the scene, the Department of Public Safety said. DPS is securing the scene until the Federal Aviation Administration can investigate.

According to the National Transportation Safety Board, the aircraft was an Experimental Rans S-7 Courier. The FAA said that plane was destroyed in the fire.

Irene Ceruti lives just yards from where the crash happened. A single county road separates her home from the airstrip. She was prepping her home for Easter as her son and his family showed up Sunday afternoon. She said her son saw what happened.

"I did not see it go down but my son and his wife saw it coming in and it was making a lot of racket, so they thought there was something wrong with the engine or something," said Ceruti.

Moments later, the plane crashed, and Ceruti called 911 while her son ran towards the crash to help.

"It was immediately catching fire the minute it hit the ground," said Ceruti. "And my son went down there and took one of the guys out of the plane, but he was already dead, and went back to get the other one but it was just engulfed in flames."

The FAA said it's still unclear what caused the plane to crash and catch fire. The NTSB will also be investigating.

Plane crashes in Horseshoe Bay, according to police

One survives plane crash after emergency landing near Pflugerville