After some Central Texas neighbors were worried a mountain lion had killed their pets and livestock, another member of the community says she saw one. 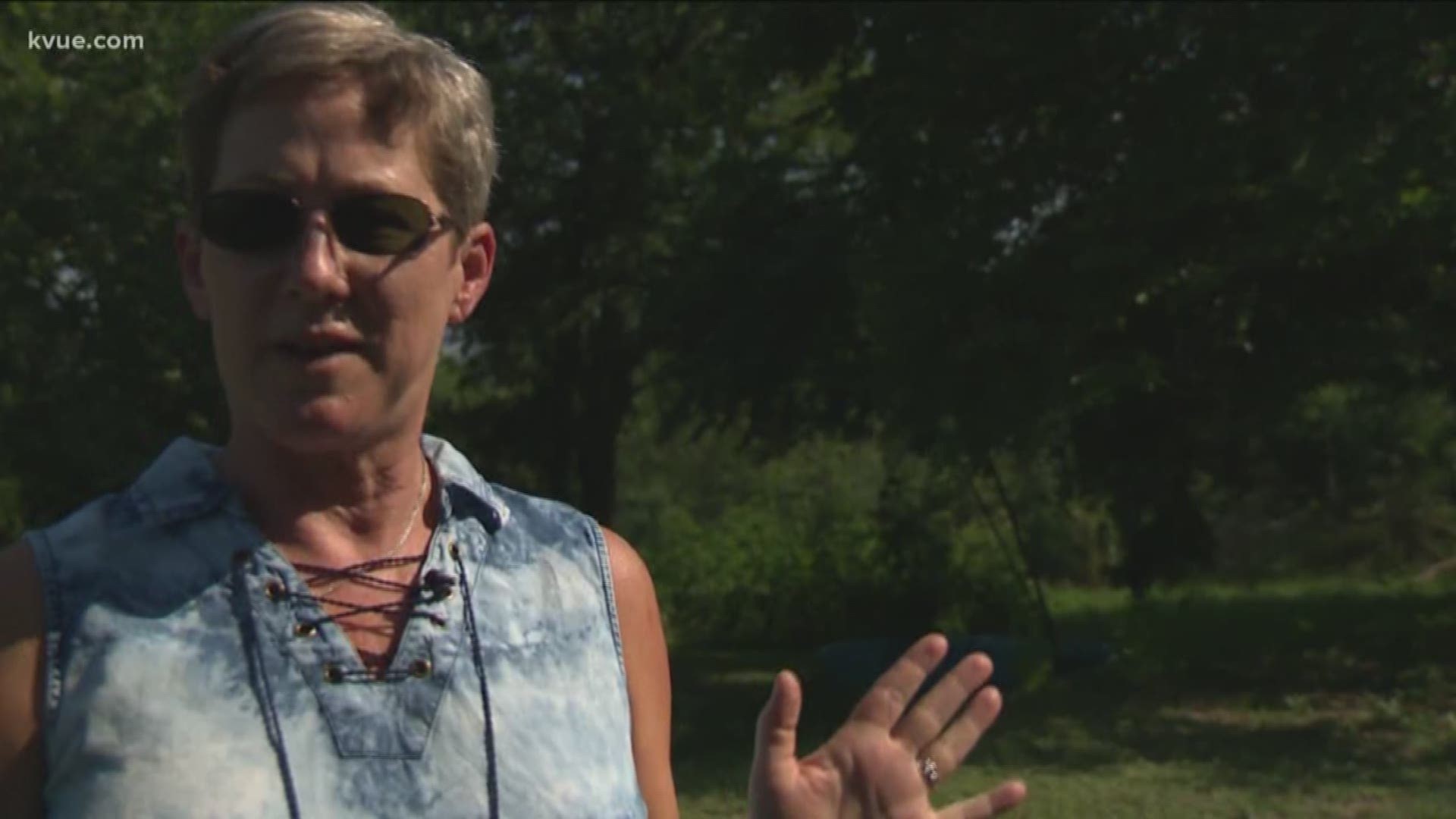 HUTTO, Texas — First it was just speculation, but now there's been a visual.

A Hutto woman said she has seen a mountain lion roaming through her community. Some of her neighbors think it could be what's been killing their pets and livestock.

Roxanne Lowdermilk has been living in North Hutto for about six years, owning some chickens as well. While she thinks of some of her fowl as pets, they are all there mainly for their eggs.

"We have seven babies in here and a mama," Lowdermilk said.

She and her husband built a coop that has strong wiring all around the structure.

"My husband likes to say, 'This is the Fort Knox of chicken coops,'" Lowdermilk said. "The wiring goes into the ground about a foot-and-a-half."

The reason for all of that protection is because of the animals that will come onto her property.

In June, though, Lowdermilk and her husband were working in the yard in the morning when they saw a different animal – a mountain lion.

"You could see it running back and forth on that side of the baby coop," Lowdermilk said. "I realized right away – nope, it's not a bobcat. It has a long tail, a totally different color. Everything went berserk."

The chickens seemed to know something was up, too.

"Normally, when a chicken gets taken, the others just go about their business and continue scratching and eating," Lowdermilk said. "This time, after the mountain lion came up, they all went in the coop without me trying to get them in there. That doesn't happen."

Lowdermilk now is more careful when she's outside.

"I have grandkids who are out here all the time," Lowdermilk said. "We just don't let them out of our reach when we're out here."

Lowdermilk's family lives off FM 1660 in North Hutto. One minute down the road from her, Marya Welch had a similar yet different type of sighting.

This is because Welch walked outside to the sight of her pet goat, Penny, partially eaten and killed in her pen. At the time, Welch didn't know that Lowdermilk had seen a mountain lion about a week after her goat died, but Welch said she thought a mountain lion killed her pet.

"If it's here, how are you going to stop it," Welch asked.

Lowdermilk isn't too sure that is going to happen.

"That's part of living out here I guess," Lowdermilk said.

Texas Parks and Wildlife game wardens gave us conflicting reports regarding the pet goat. One said it was likely a mountain lion that attacked it, but not everybody in the agency agreed.

KVUE reached out to the agency again about the sighting, and received the following statement from Steve Lightfoot, press office manager for TPWD:

"In response to a reported mountain lion, the first thing wildlife biologists and game wardens do is interview the person and take down all the information about the possible sighting. We are not trying to make a determination of any kind at this point. Depending on the nature of the report, we may go out to the site, look for evidence such as lion tracks, scat or other sign to try and confirm the sighting. We discuss any concerns the person may have, provide guidance on how to co-exist with mountain lions, how to protect pets or livestock, and what to do if confronted. One key thing to keep in mind is mountain lions are a component of the natural landscape in many parts of Texas, and unless they are in what we would consider a no tolerance zone such as near a school, or if the lion exhibited threatening behavior, then there’s really no action we would consider taking. We are not in the business of going out and removing mountain lions or other native wildlife species simply because someone doesn’t want it on their property. We will refer those people to wildlife services for mountain lion removal.

It’s important to note that based on years of data collected, what we’ve found is a large percentage of reported sightings aren’t mountain lions; even the ones with photographic evidence, over 70% of them turn out to be something else. For the ones we can confirm, we tell folks they are very fortunate to have witnessed a mountain lion in the wild because it is an extremely uncommon occurrence."

ABC and KVUE will broadcast Democratic primary debates in September

UT-Austin will provide free tuition to undergrad students with family incomes below $65,000 starting in 2020