Helicopters searched rooftops as workers in hazmat suits scoured the streets for clues. 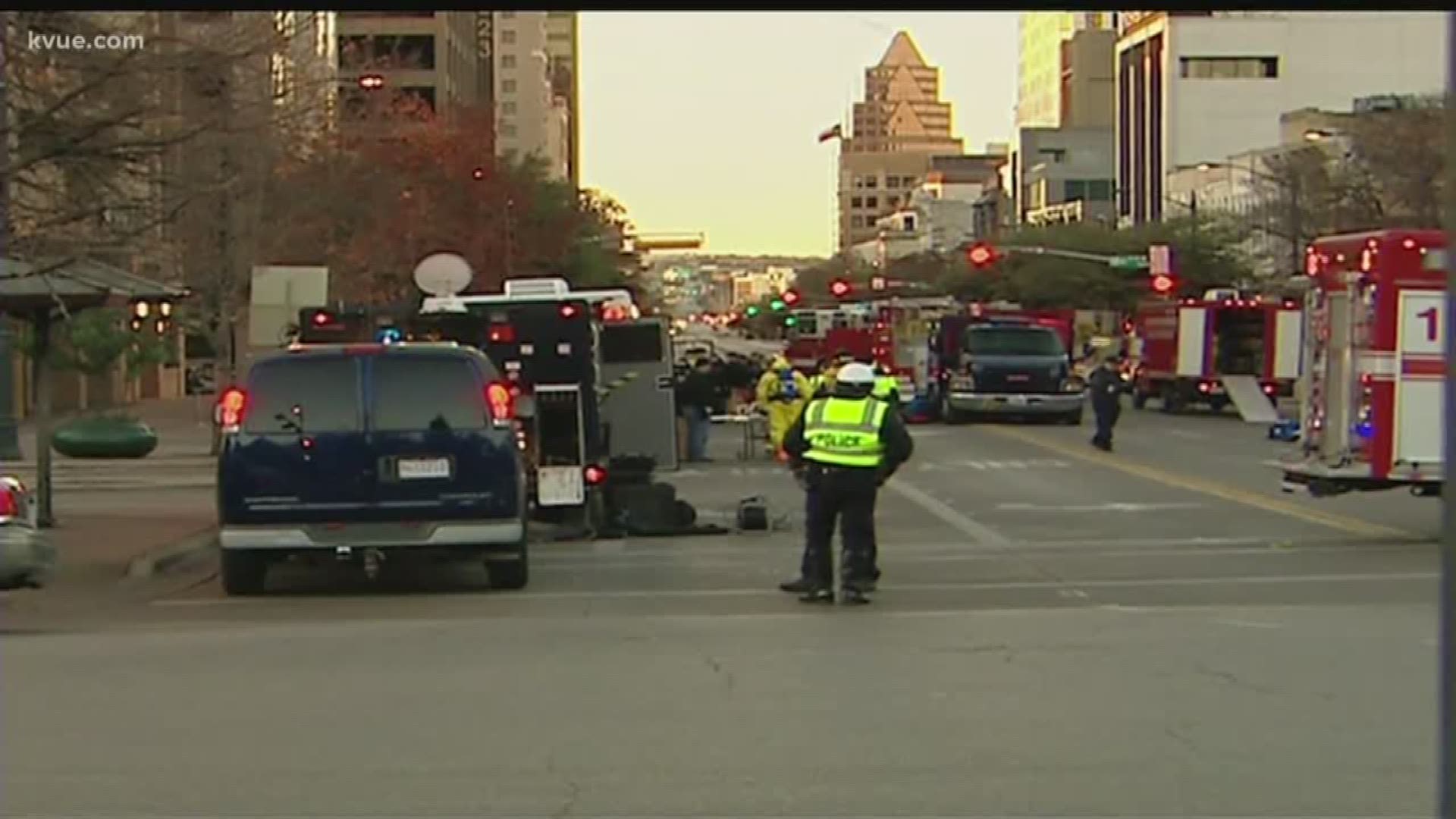 AUSTIN, Texas — Just before sunrise on the morning of Jan. 8, 2007, Austin police and firefighters were dispatched to an unusual call downtown. Something very odd had occurred on Congress Avenue.

By daylight, police shut down 10 blocks of Congress from Caesar Chavez Boulevard to the State Capitol. Only emergency workers were allowed within the barricades. Officials ordered businesses along the street to be closed and office towers evacuated.

In the words of a bystander, “It looked like a disaster movie.”

RELATED: Blessing or bird-en: You can review Austin's grackles on Yelp

Authorities had taken the urgent action because about 60 dead birds, most of them grackles, were found dead and scattered in the street. They had apparently fallen from flight.

Looking back, sending out emergency responders, closing businesses and blocking a main transportation artery may have seemed like much ado about nothing.

Thousands of grackles are taking over Houston's parking lots — again

Love them or hate them: How grackles flocked to Austin

But at the time, many Americans were in fear of a potential terrorist chemical attack. Also, the so-called bird flu epidemic was making people sick in other parts of the world. Had the flu, which kills infected birds and can spread to humans, arrived in Austin? Or had poison gas been released into the atmosphere?

After testing the air and performing autopsies on the birds in the middle of the closed street, the all-clear was sounded.

It would take several weeks before Austinites discovered how the birds had died suddenly. According to avian experts, the dead birds had been weakened by parasites and fell victims to a sudden temperature drop overnight.

The final verdict? The bird deaths were due to natural causes. Panic averted, but a morning that few downtowners who were there won’t likely forget.