Austin Justice Coalition canceled its planned march on Sunday after fires, looting and graffiti on Saturday. However, people still showed up. 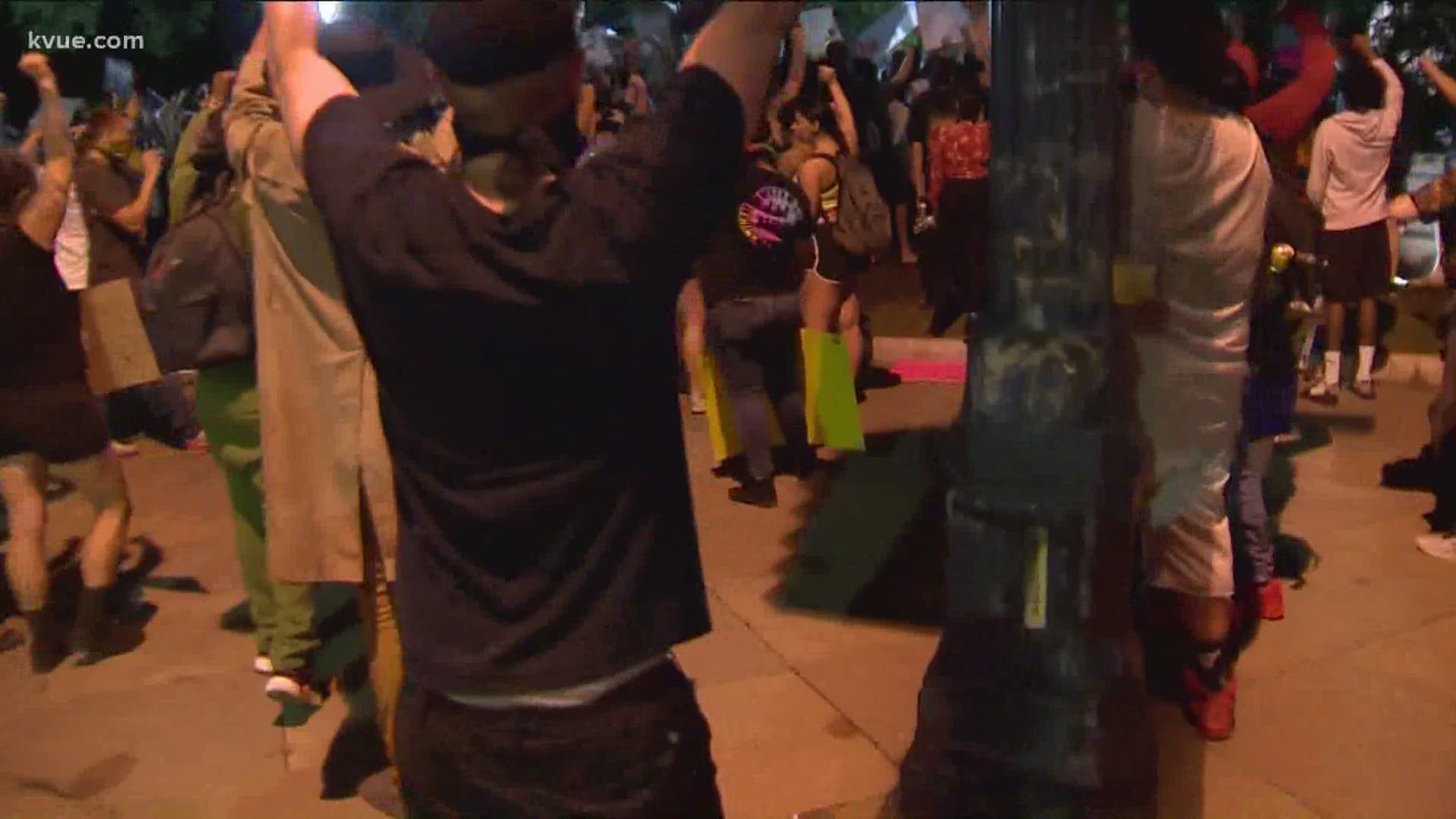 AUSTIN, Texas — People started protesting on Friday, May 29, in Austin after the deaths of George Floyd and Michael Ramos.

"With Saturday, it was really just bizarre. I think that's the best word to describe some of the things that I saw, you know, people burning mattresses of the people that were camping under 35," said Austin Justice Coalition Executive Director Chas Moore. "A lot of multiple fires here and there, and of course, the looting of the store on Sixth Street."

Austin Justice Coalition had a protest scheduled for Sunday afternoon. It was canceled Sunday morning, however, people still showed up, including Moore.

"I went out there to still be with the people, let them know, 'Hey, if you all are out here, just be safe and remember why you're here and be in solidarity with one another,'" said Moore.

Solidarity wasn't seen over the weekend, with some peaceful protesters and others starting fires, throwing bottles at officers, looting stores and tagging buildings.

"I think the main thing that bothers me about that is it just takes away from the message," said Moore.

He said when people start doing "agitated things," it distracts from the focus. Moore related it to kids in class.

"Nobody cares about the straight-A, quiet student sitting in the front row. If the 'bad student' is in the middle of the back making noise, and not saying that the good student or the bad student are different, it's just the noise is going to take your attention away," said Moore.

He said he believes there is a "time and place for everything."

Moore said that kind of conversation is key.

After protesters held conversations with law enforcement officers on Monday night, Moore was cautious to endorse the move just yet.

"I'm all for peaceful protests and peaceful things, and I don't want people out here hurting one another or anything like that, but to see people so readily and so soon embrace police officers – and really not police officers, but embrace a uniform that's responsible for the murders of George Floyd and Mike Ramos and Breonna Taylor and Sandra Bland and David Joseph and all these names – I think it's something that we have to be conscious of," said Moore.

"I think we have to keep in mind that this is not the time for that particular type of activity. If people are willing to have conversations with men and women of law enforcement about why we're in the streets and why we're doing this, I get that," said Moore. "I think that's totally acceptable."

Moore also reacted to Police Chief Brian Manley's emotional response to the protests in Austin over the weekend.

"I think Brian Manley, the individual himself, is a good person ... But Brian Manley the police chief I don't think has the leadership skills, the leadership capability to take this police department in the direction that it so desperately needs to go," said Moore.

The speakers invited to speak at Sunday's protests will now speak at the coalition's general body meeting Tuesday night at 6:30 p.m.