'It has given me hope': Veteran's faith restored by community support in wake of house fire

"It's been overwhelming honestly. I would never in a thousand years have expected that kind of support," said Air Force veteran Rick Dailey. 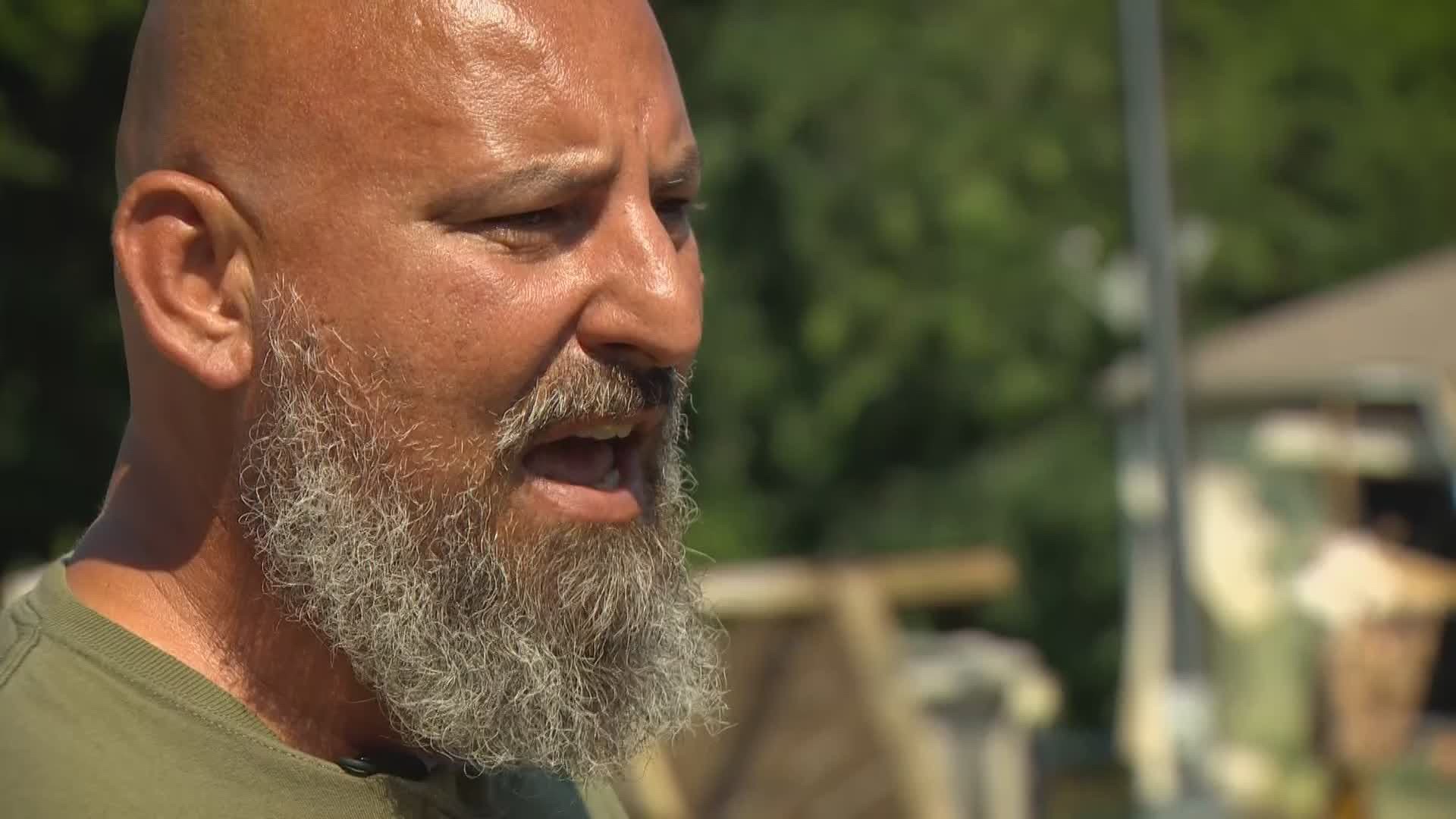 GRANBURY, Texas — An Air Force veteran in Granbury is finding out that his fellow veterans still have his back, even a decade after his active duty ended. The response he's received after a family tragedy has proven that.

Rick Dailey, an Air Force veteran who also spent time as a military contractor, has an all too common story.

"Veterans, you know, we go and do our time and then we come home and you know, you're kind of forgotten about after that because they don't need you anymore," Dailey said.

Three weeks after his home in Granbury was destroyed by fire, his fellow veterans are proving he certainly isn't forgotten to them.

On June 12, his son's 18th birthday, their modular home in the community of Lake Country Acres near the Parker and Hood County line went up in flames. Dailey believes it started in a dryer vent.

On Thursday, three weeks later, a demolition crew consisting of one man and one Bobcat tractor, starting tearing down what's left.

"Yeah, it's just a nightmare. I'm ready for it to be over," Dailey said.

But even a nightmare can lean toward a happier ending.

"When we heard about a veteran in need we came right away to help him," said Kelli Martin of the Granbury-area non-profit Operation Red White and Blue, which, through its website and Facebook page, rallied local contractors and other businesses to help.

Martin says the Arlington Lions Club offered as much as $5,000 to help cover a large percentage of the home demolition cost that Dailey's insurance did not. Dailey is a member of a veterans motorcycle club called The Warrior Brotherhood which has provided assistance as well.

And a GoFundMe site set up for the Dailey family seeks to continue raising money for the rebuilding effort.

"I tell you I've got a long list of people who have stepped up and helped me out," said Dailey, who works as an aircraft maintenance support engineer with Lockheed Martin.

"It's a long process and it's going to take the community and people coming together to really help make this happen," Martin said.

"I don't ask for help," Dailey added. "I'm usually the one out helping people, so it's odd to be on the other end of this. It's been overwhelming honestly. I would never in a thousand years have expected that kind of support."

For now, Dailey and his wife life in a travel trailer on their property. Their son and daughter and granddaughter are safe in a nearby hotel. And he knows that rebuilding their lives will take time.

"I've got faith that we'll get there," Dailey said. "I know that I've got the right people in my corner that will make that I keep it going. So quitting is not an option."

His network of veterans and good neighbors are helping make sure of that.

"It has given me hope that there is a light at the end of the tunnel," Dailey said. "We will get through this. We will rebuild and come back better than ever."