Cedric Benson and his passenger, Aamna Najam, died when their motorcycle collided with another vehicle at RM 2222 and Mount Bonnell Road. 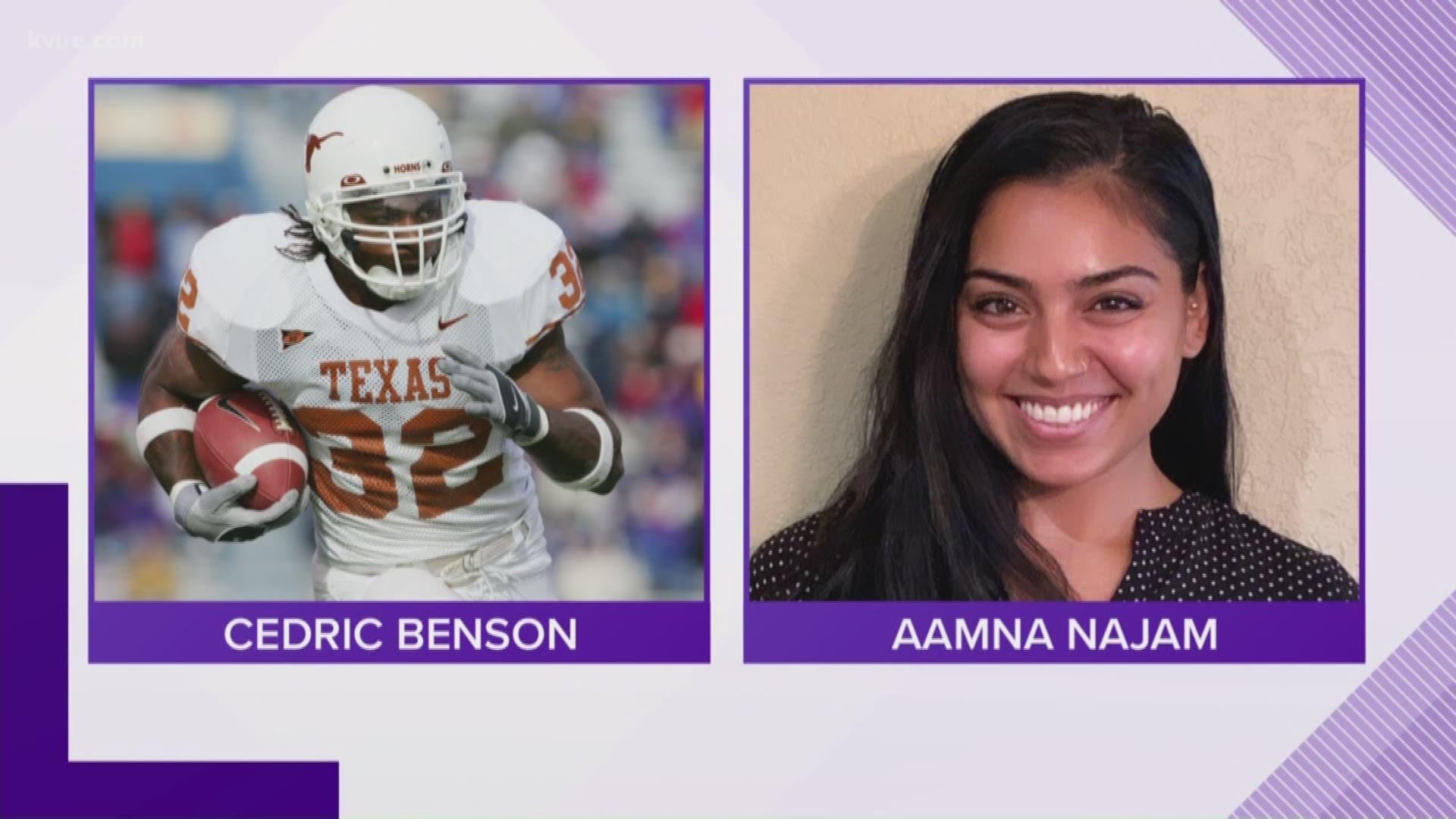 AUSTIN, Texas — Four days after former University of Texas football star Cedric Benson and his passenger died in a motorcycle crash, investigators said it could be weeks before they can answer key questions about what happened.

So far with the evidence they have, investigators said there is nothing that would cause them to handle this investigation any differently than any other traffic death.

The Austin Police Department reported that, right now, it is still trying to learn everything Benson and the other driver in the crash were doing hours before the crash. That includes interviewing anyone who may have been with them and reviewing receipts from where they may have been that night.

Officials also said they likely will soon stage a reenactment to learn just how fast both vehicles were traveling in the moment of impact.

Benson and a passenger on his motorcycle, 27-year-old Aamna Najam, died in the crash on RM 2222 at Mount Bonnell Road Saturday night.

Police said Benson was heading west on 2222 when the van pulled onto the road from Mount Bonnell. The people inside the van were not seriously injured.

Investigators have said they think speed was a factor, and officials said a reenactment would allow them to analyze data to estimate how fast Benson was traveling.

Meanwhile, officials for the Texas Alcoholic Beverage Commission said they have done what they typically do in a case involving a traffic death. They have opened what they call a "preliminary investigation" and are monitoring information from APD about whether alcohol was involved in the crash.

So far, TABC said Austin police have not told them anything they have learned about where either driver was or what they were doing before the crash.