Investigators looking into a possible connection of package bombing victims

Investigators have turned their attention to possible connections between the victims in order to try and solve the case behind the package explosions. 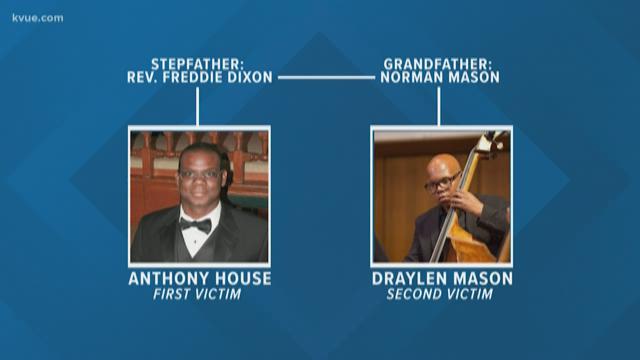 Investigators have turned their attention to family connections and friendships in their investigation into who is behind the package explosions.

It's the latest thread federal agents have pursued in a case that continues to puzzle law enforcement.

Sources told KVUE it is not unusual at all for investigators to try to learn everything they can about crime victims, including who their friends were. In this case, they have found connections between two victims.

However, investigators still don't know if there is a link to the bombings or if it is just one big coincidence.

KVUE looked at the connections which police are investigating.

Anthony House -- the first victim -- is the stepson of the Rev. Freddie Dixon. Dixon is close personal friends and attended church with Norman Mason, a local dentist. Norman Mason is the grandfather of 17-year-old Draylen Mason, the second victim killed in a blast Monday. 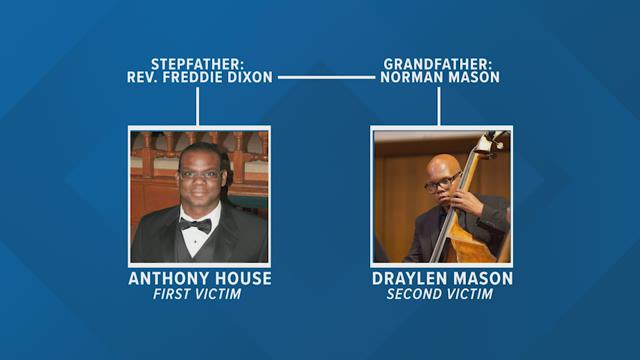 KVUE confirmed both men attended Wesley Methodist Church in east Austin and that federal agents have interviewed other members of the church. Rev. Dixon was the pastor at the church for 22 years, and Norman Mason was a member.

There are other theories police have looked into, but simply didn't lead to anything conclusive in the investigation.

As far as the third bombing location is concerned, investigators are looking into the possibility that the bomb which seriously injured 75-year-old Esperanza "Hope" Herrera may have been meant for another house on that street.

Erica Mason, a resident at a house on Herrera's street, shares the same last name as Draylen Mason, but said they are not related in any way.

Mason told Walsh she feels a sense of survivor’s guilt for potentially being the intended target of the bomb which hurt Herrera.

“It is spooky," Erica Mason told the Austin American-Statesman. "And I don’t if it’s more terrifying that it could have happened to me or my boyfriend. And that it happened to this poor, sweet, innocent woman.”