Theodore Shaughnessy, owner of Gallerie Jewelers in Central Austin, was killed in a home invasion on March 2, officials say. 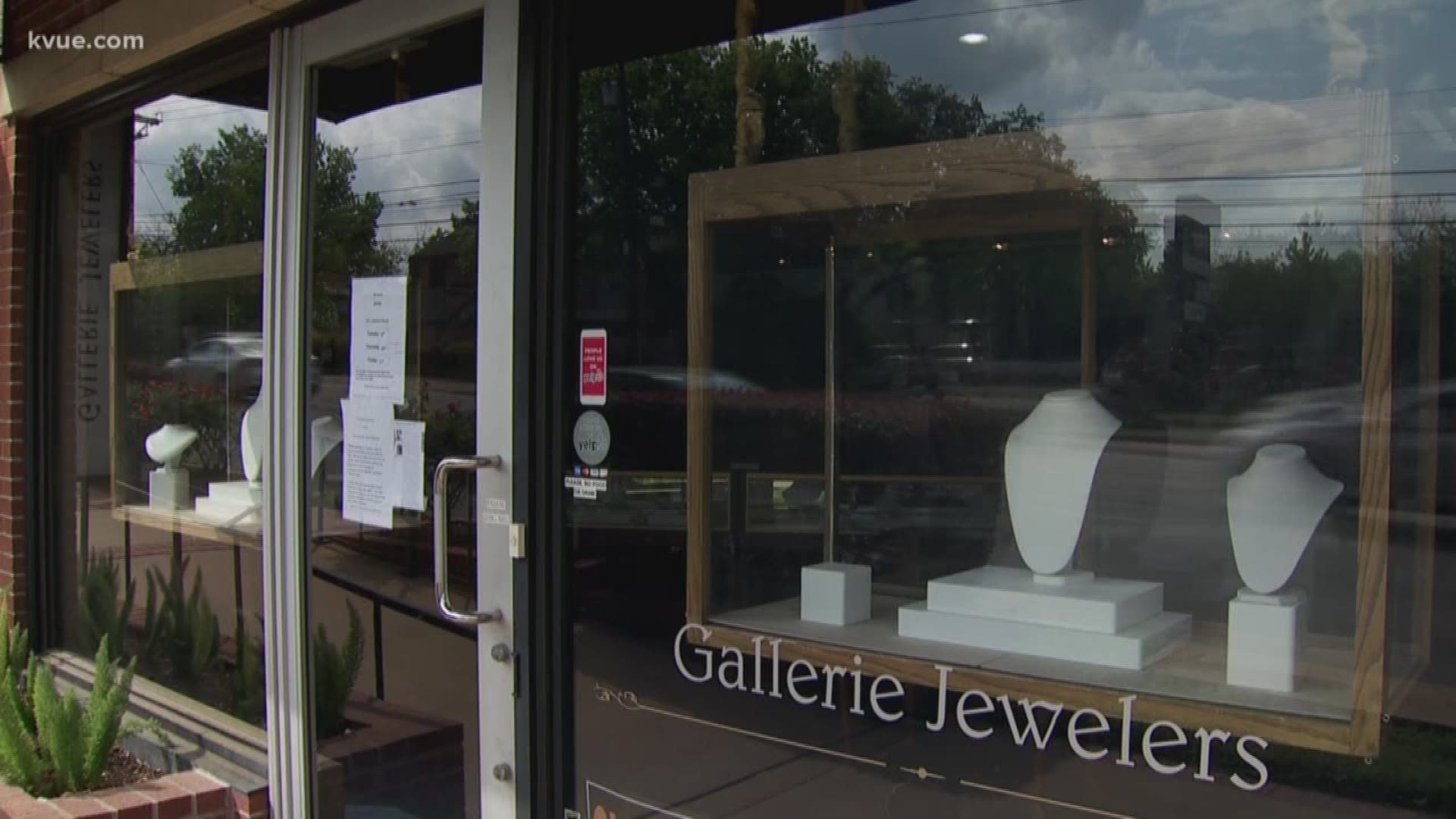 AUSTIN — TRAVIS COUNTY, Texas -- Deputies are still looking for the person who shot and killed 55-year-old Theodore Shaughnessy at his home on Oliver Drive last month.

The man killed in the southwest Travis County home invasion on March 2 owned an Austin jewelry store. Friends of Shaughnessy told KVUE he was an owner at Gallerie Jewelers on West 35th Street in Central Austin.

There was a "Temporarily Closed" sign on the front door of the business Sunday morning, along with flowers and a note from family friend Sharon Linsalata, who works at nearby Over the Rainbow Toystore.

"Ted and his son used to come in [at the store's previous location] all the time when he was little. And we became family as far as a business and a neighborhood goes," she said.

Linsalata said she couldn't believe the news when she learned what happened.

"When I heard that Mr. Shaughnessy had passed away from a home invasion, my heart just broke. And my heart just feels so sorrowfully sad for his family and what they're going through right now," she said.

She left flowers on the door of Shaughnessy's business as a way of showing love for him and his family.

"Even though we weren't close, I felt we knew each other, and I want to express that to them, and what better way than love and flowers," Linsalata said.

Long-time customer of Shaughnessy's store Kim Treadaway says she's in shock over this case. She hopes it will be solved soon.

"Everyone who knew Ted loved him and if this was random I would think police would try to get the word out about a suspect just like they did for the bombings," Treadaway said.

Call the Travis County Sheriff's Office if you have any information.