A sign language interpreter rocking out at a Slayer concert in Austin has people talking. 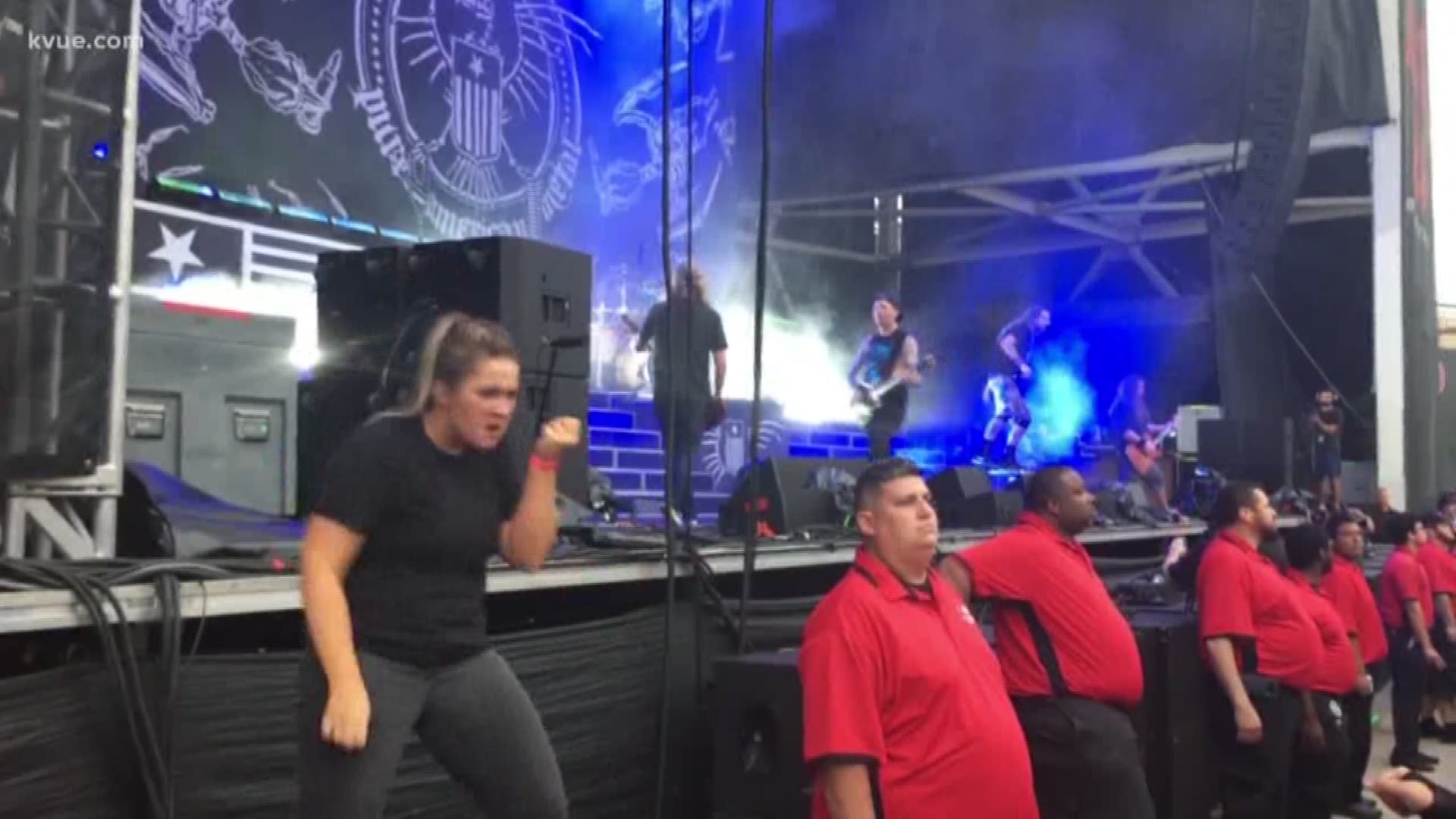 AUSTIN — Weeks after Slayer played in Austin, people are still abuzz about the concert. And it turns out a lot of the chatter isn't even about the band.

Video of a sign language interpreter in front of the Austin 360 Amphitheater stage rocking out on June 20 has the internet going wild. Slayer headlined the show that night, and Lamb of God, Anthrax, Behemoth and Testament also played.

The man who shot the video said there was a group of deaf fans next to him who were amazed by her.

In an interesting turn, Lindsay Rothschild-Cross is kind of a rookie when it comes to this genre.

"I grew up with Guns N Roses, and Alice in Chains and Iron Maiden and things like that," she said. "I've never actually interpreted for death metal though. This is the first time.

Cross, a high school sign language teacher in the Houston area, said she hopes the video's popularity brings awareness to the needs of the deaf community.

From ASL to ACL: Houston sign language interpreter on tour with Chance The Rapper