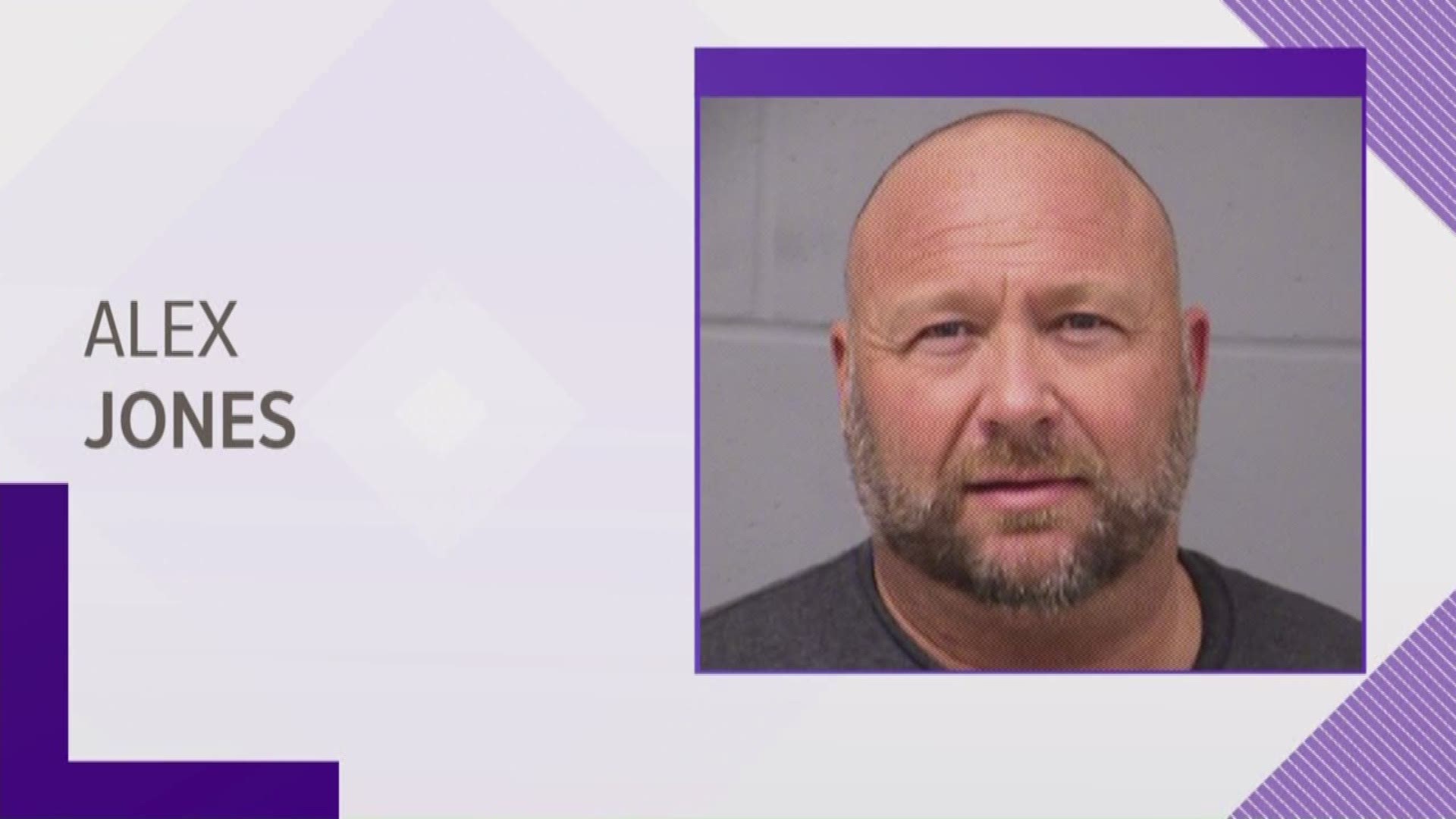 The 46-year-old was booked at the jail just after 12:30 a.m., the sheriff's office said. His charge is a class B misdemeanor.

Jones’s bail was set at $3,000 and he was released on bond around 4 a.m. on Tuesday morning, according to the sheriff's office.

Jones is known for his role at Infowars, which has come under fire for pushing disinformation.

Several parents have taken Jones to court for saying the 2012 shooting at Sandy Hook, in which 26 were killed, was a “hoax.” Jones has since acknowledged in sworn testimony that the shooting occurred.

After coronavirus clears, elderly couple that got it on cruise returns to Atlanta