The group made a moving display at the Texas Capitol on Monday. 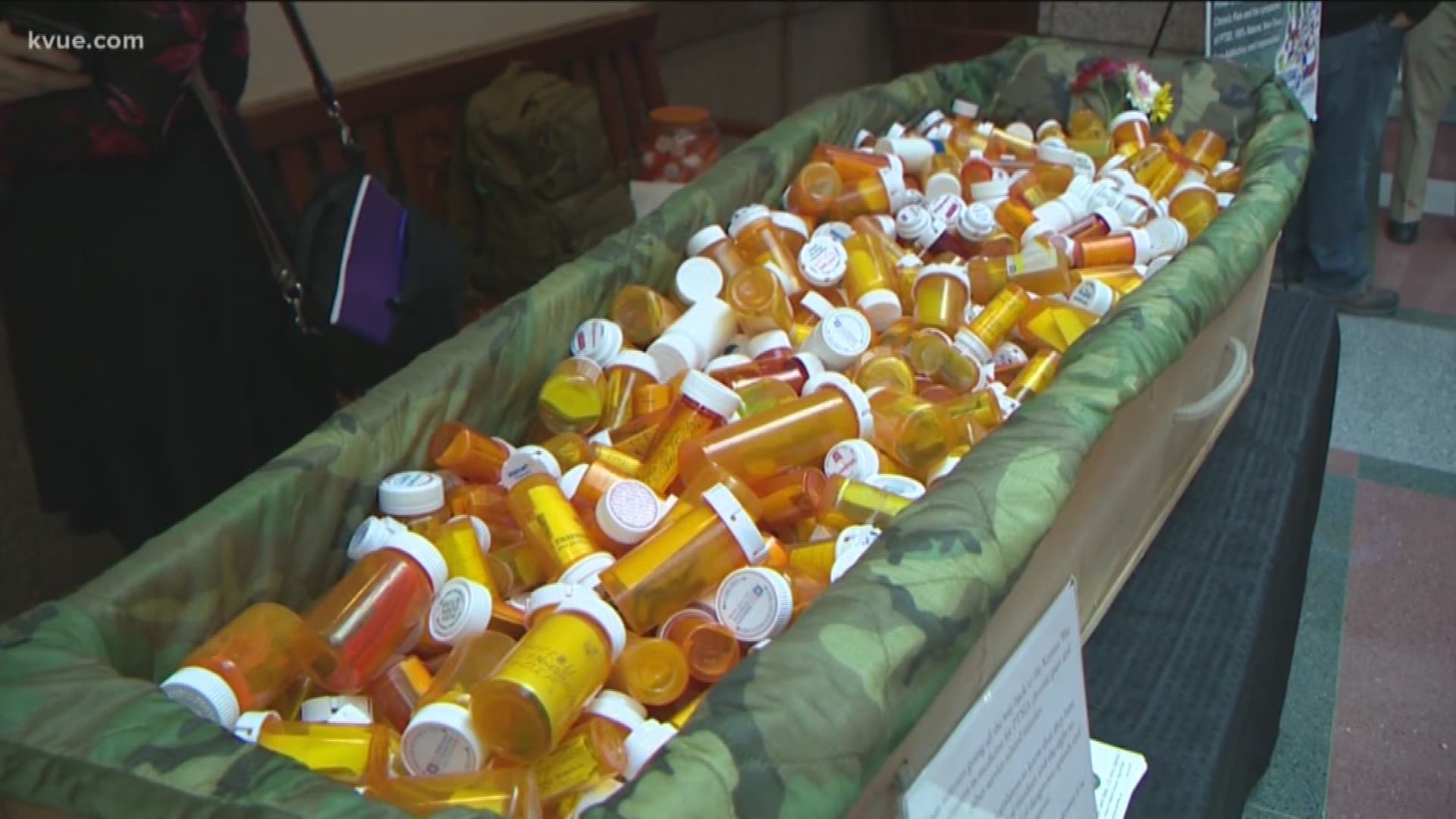 AUSTIN, Texas — Veterans at the Capitol on Monday made a moving display in support of medical marijuana.

The group displayed a military casket filled with prescription medicine bottles from veterans who say they need access to medical marijuana.

Each bottle contained a letter from the veteran who sent it, detailing his or her service and why they wanted access to cannabis.

The founder of the movement said he was addicted to opioids and had to take four pills a day before he found medical marijuana.

“It was like a miracle to me, but it's not a miracle,” said David Bass. “People have been using cannabis as medicine for thousands of years, so we're just rediscovering how effective this plant can be.”

The group, Texas Veterans for Medical Marijuana, is asking lawmakers to expand the state's Compassionate Care medical marijuana program to include treating PTSD. Bills to do that have already been field in the House and Senate.