As Zaiden Nuñez began freshman year, his mother was worried about him communicating in school because of his autism. But his mother's concern led to an opportunity. 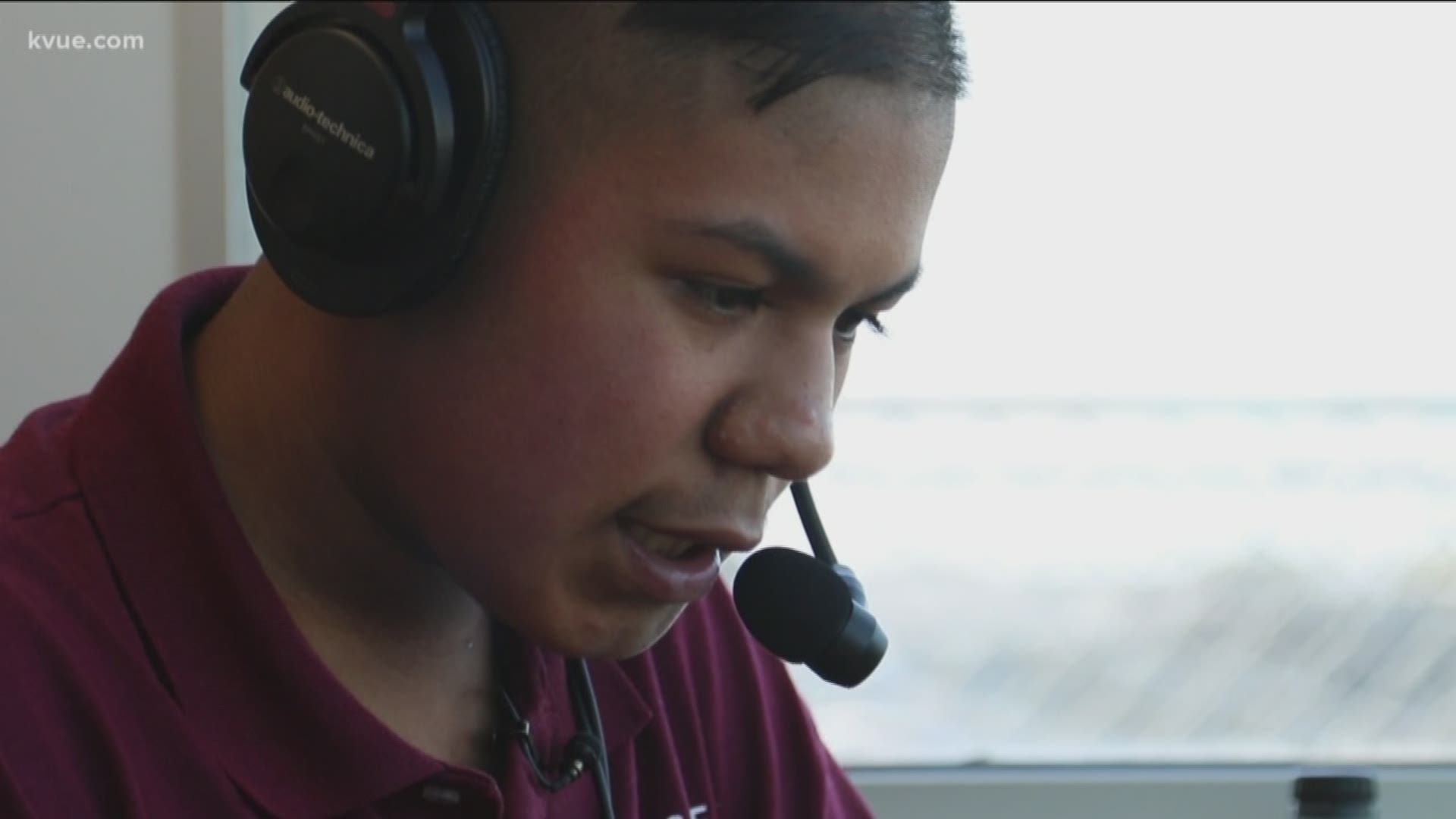 LOCKHART, Texas — This is the start of a new series KVUE will be doing once a month. "In Other News" is a chance to showcase stories we don't normally have time for, a chance to show the stories Central Texans care about. In this first one, reporter Hank Cavagnaro and photojournalist Brian Bell introduce us to a boy named Zaiden and his mother.

His mom originally thought he was speech delayed, but when Zaiden Nuñez began pre-K, his teacher realized there was more to it.

Since then, many things have been a struggle for him in his daily life.

One of the main issues his mother, Monica Lerma, sees is his communication when he doesn't know someone – especially as he headed into high school.

But for people he knows, he is open. That's people like his barber, Lex Jennings.

"So you like high school, huh?" asked Jennings as he cut Zaiden's hair.

Even while he's open, his responses are short.

"He's still not the best socially, starting conversations like that," said his mom.

That's why his mother created a Facebook post asking for people to meet her son, to give him some familiar faces as he started school.

Monica Lerma
Hi! My name is Monica and this is my son Zaiden! He is 14 years old and is just one of the sweetest boys you can know! He will be a Freshman at LHS this coming up school year. Zaiden has autism and...

"Once he becomes comfortable with somebody,  it's easier for him to start a conversation and stuff like that," said Monica.

But one of the more than 220 comments on the post led to an opportunity he never would have had otherwise.

"He's going to be having his debut," said Emilio "The SARGE" Juarez. "You know, he gets to come up here and not just watch a football game but be a part of this football game."

Emilio is the play-by-play announcer for the Lion's Pride sports broadcast. They broadcast the junior varsity and varsity games for Lockhart High School.

"All you got to do is connect everything," explained Emilio to Zaiden.

"They said if you don't know him, he's going to shy away from you, but for him to put the headset on, it puts him in a place where he's able to talk," said Emilio. "You know, you put the headsets on and you find yourself in a comfort zone."

Then, at the beginning of the first broadcast, Zaiden got his call.

"This is the Z-man and thank you for listening to today's broadcast of Lockhart Lions football on the Lions Pride sports broadcast, and now the sponsor run," said Zaiden over the mic.

1 / 10
Hank Cavaganro
Speaking isn't necessarily easy for Zaiden Nunez, who has autism. But thanks to his mom's post, his voice will be heard by many across the airwaves.

While that was his first time reading on the air, it wouldn't be his last.

On top of leading the broadcast in and out of every commercial break, he also was able to let the crowd know when he was excited about a play.

"Take it away Z-man," Emilio said to Zaiden after the Lions' second touchdown of the night.

"You're listening to the Lion's Pride Sports Broadcast," said Zaiden, with more energy.

"Great job man," Emilio replied after the broadcast was in a commercial.

"I mean, I'm just so thankful for everyone that reached out to me to help Zaiden," said Monica. "My post at the end of the day was to help Zaiden and helping him."

Giving Zaiden a place where both he, and his voice, is recognized.