In Other News: Wimberley man's respect for history draws him to two unique hobbies

Holding pieces of history can be a surreal experience and some, like Charles Elder, try to help keep history from disappearing. 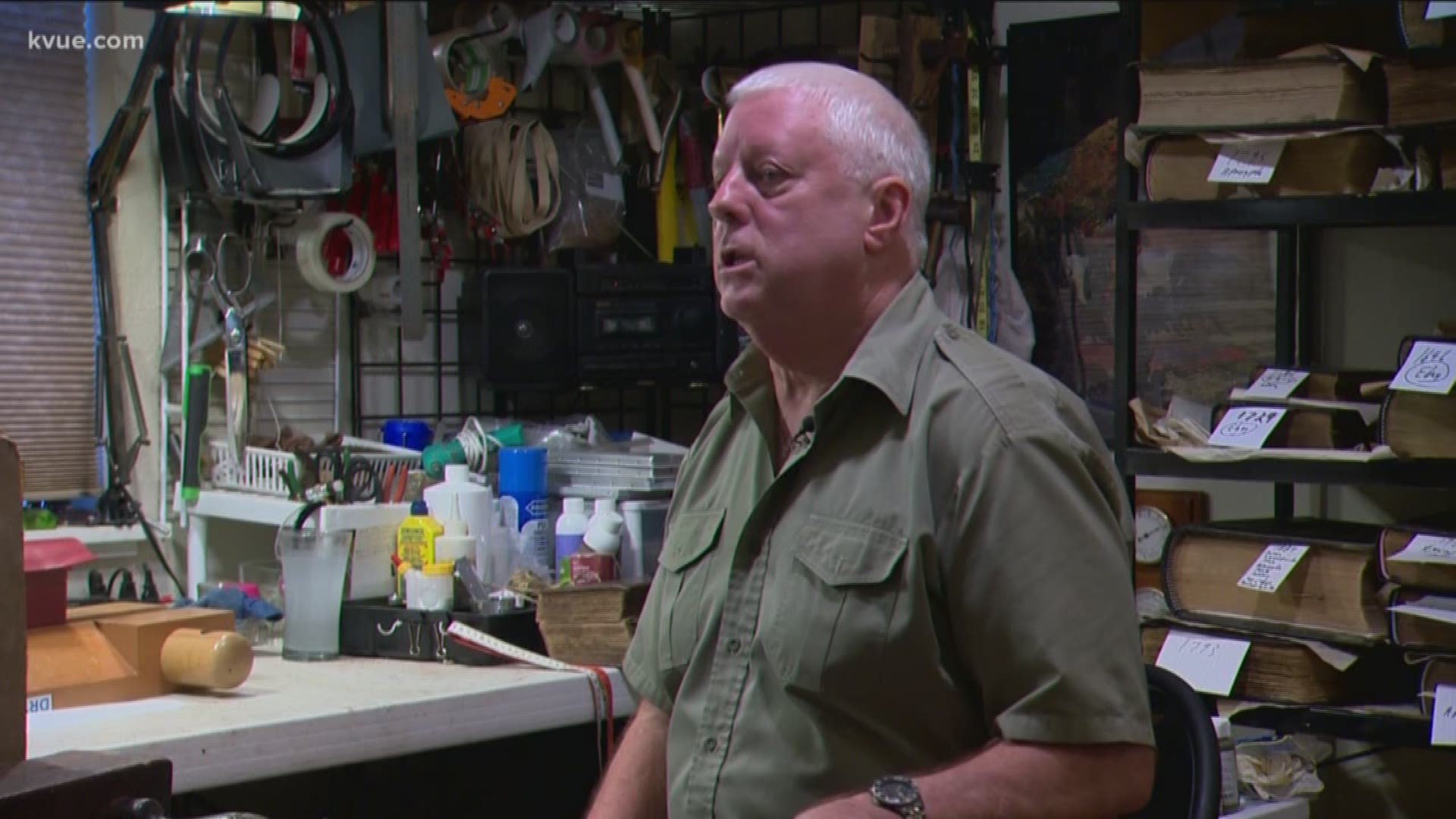 WIMBERLEY, Texas — Every time Charles Elder picks up one of his antique bibles, he knows he's touching a piece of history.

His bible collection spans from the late 1500s, all the way up to the turn of the 20th century.

So, with every push of a needle into a book that was falling apart, he is looking to preserve that history.

"Everyone's different ... every one requires different tenderness and different concepts on how to fix it," said Elder. "There are no two that are the same."

Elder feels he's saving history when he repairs a bible that otherwise might have been thrown away.

It's a hobby that started after a conversation with his mother. They were discussing a verse and realized it was different in each of their bibles.

"And she goes, 'That's not what my bible says,' and she says, 'My bible says this,' and that's when I realized not all bibles are created equal," Elder said.

In Other News: Wimberly man quits job with 6-figure salary for leather

In Other News: 'A little more intense than I expected'

After collecting a few bibles and having them repaired, Elder took years of lessons to learn how to do it himself.

It led him to where he is now when he says he's the only person repairing bibles this way. Other larger binders may fix them, but Elder has the time to spend on each one and uses his own technique.

"I think I may have invented it," Edler said about the way he sows pages back together. "If there was somebody else out here doing what I'm doing, I'd be seeing his bibles pop up for sale."

Even as he sells them, Elder calls this a hobby. But Elder has another hobby that also takes up his time.

"I'm into martial arts, I have been my entire adult life," he said.

A former national and state champion, Elder has competed on and off for more than 50 years. He said he's drawn to the sport by its respect for history.

"Martial arts has a history of its own, which goes back to the beginning of time," Elder said.

PHOTOS: Wimberley man's respect for history draws him to karate

In 2019, Elder got back into competing at the state level. He took several years off until his wife pushed him to compete and fight once more.

But sometimes, life fights back and it doesn't fight fair.

"It's an interesting experience when your wife dies," Elder explained. "God will take me when he's ready, and until that day, my purpose in life is to continue moving forward and achieving and doing the best I can."

So, whether if it's karate or repairing bibles ... it's the respect for history that continues to move him forward.

"You never know what you're going to get," Elder said.

Elder told KVUE he does sell some of his bibles on eBay, but the oldest and rarest ones he collects for himself.