Tuesday morning, a group of Central Texans will be protesting the possibility of a detention center in Williamson County remaining open. 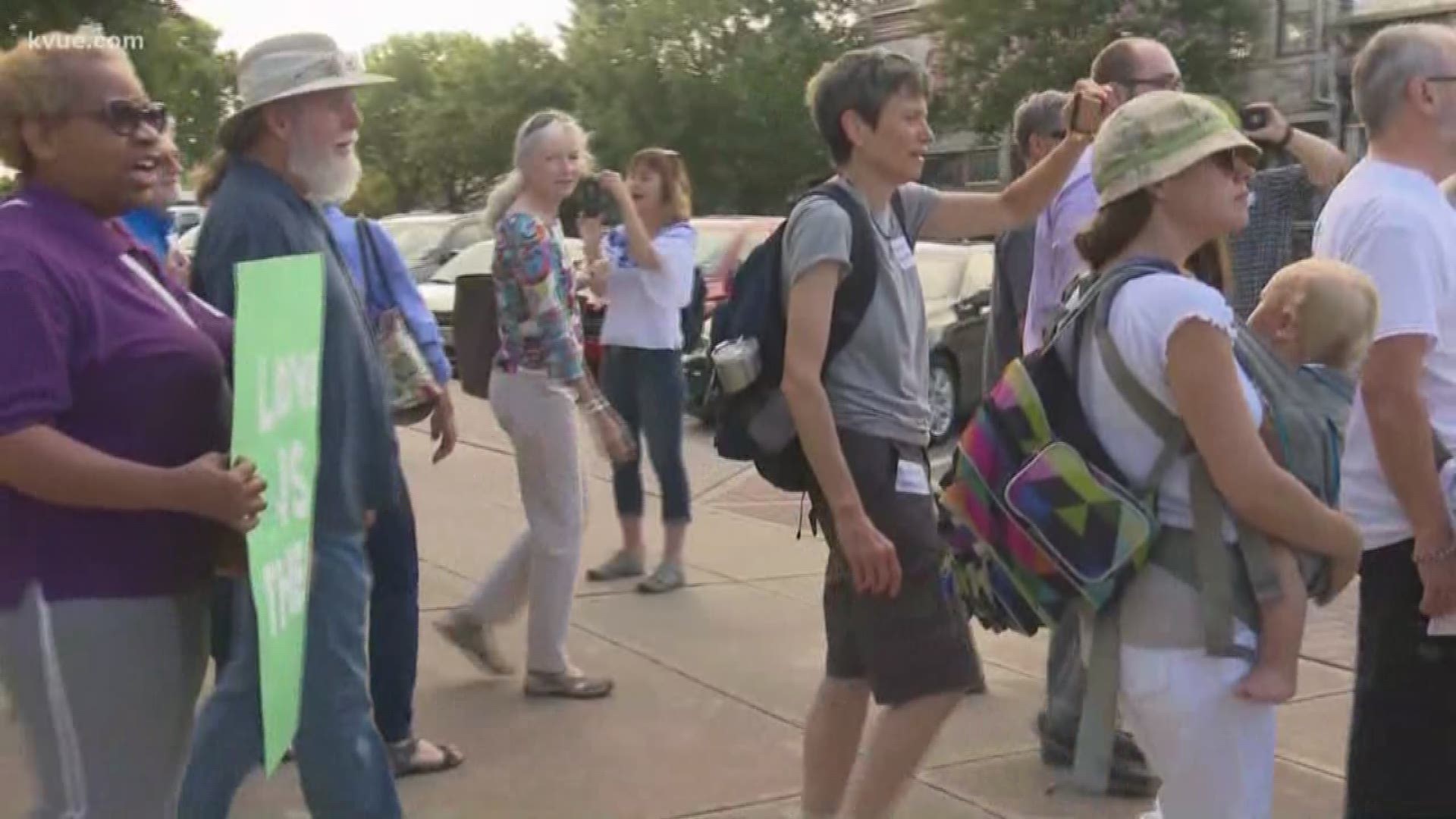 TAYLOR, Texas — A group of Central Texans plan to protest the possibility of a detention center in Williamson County remaining open.

Less than two months ago, Williamson County Commissioners voted 4-1 to end the contract with U.S. Immigration Customs and Enforcement at the T. Don Hutto Detention Center in Taylor, Texas, forcing it to close down on Jan. 31, 2019. The detention center, which has been around for 15 years, houses detained immigrant women. Now the immigration rights group, Grassroots Leadership, claims ICE is trying to keep it open.

Grassroots Leadership made the allegations after federal immigration officials issued a request last week for information from contractors capable of running a 500-bed detention facility for women within 50 miles of Austin. Before commissioners voted in June to close this center, protesters gathered outside the courthouse, citing abuse allegations and recent controversy about children being separated from their parents after entering the country.

The commissioners said one of the reasons they decided to close this center was to end the county's involvement on a federal issue.

Immigration advocates are planning to meet at 9:30 a.m. Tuesday to voice their opposition against the T. Don Hutto Detention Center in Taylor, Texas. At the protest, women formerly detained at T. Don Hutto plan to testify before the Williamson County Commissioners about their issues with the facility and the idea of keeping it open.