After a large fire broke out at a San Marcos apartment complex July 20, 110 units and at least 200 residents were affected. 'I'm lucky I got out alive,' one resident said. 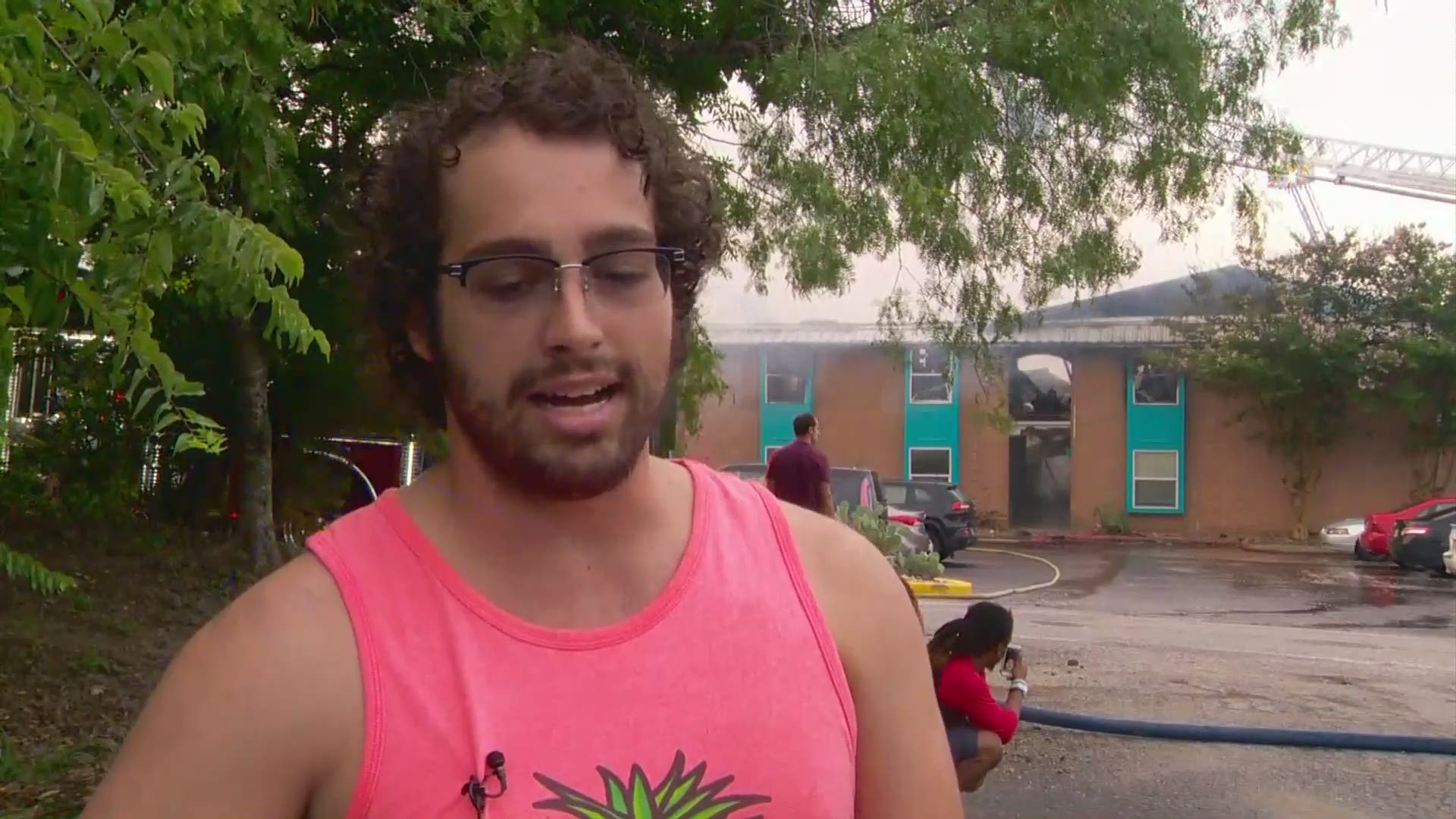 SAN MARCOS, Texas — After a fire broke out at a San Marcos apartment complex July 20, residents spoke with KVUE, recalling fellow residents screaming and jumping from windows in order to escape the deadly flames.

Officials confirmed July 23 that a fourth body has been found in the debris at the Iconic Village Apartments located at 222 Ramsay St. where 110 units and at least 200 residents were affected. One person was taken to a hospital with critical injuries. Several people are also unaccounted for as search efforts continue.

One resident told KVUE it was those screams that woke her up, not the fire alarms. Several people told KVUE those didn't go off until after most people were out of the building.

1 / 11
At least 200 people are affected by the large apartment fire. Photo: Adam Brown.

"Everybody that I've talked to said that the fire alarms did not go off. Most of them woke up because of the smell and the smoke and screams," said Branson Fairbrother.

Fairbrother has lived at the complex for the past year.

KVUE spoke to Jackson King, a resident of two years at the Iconic Village Apartments. As the flames started shooting out of the complex, King said he heard what sounded like glass cracking. He went outside and said, "already I can't see the ceiling from my apartment." His roommate then opened the door to their apartment.

"... and there's just a wall of fire. So, we couldn't go out the front door," King said. "We go to our rooms, I'm looking around for my wallet and phone. There's so much smoke coming in from the open door. I couldn't breathe so all I had time to do was bail out my back window."

The city said the fire engulfed one building before moving to a second building at the complex. Once he got out, he looked back at the building.

"... there's people jumping out of the second story, so I'm trying to help them," King said. "Trying to help them catch and break their fall. They're throwing dogs and (expletive) on me. Yeah, it was insane."

As he walked across the apartment complex, he said, "everything was on fire."

Lacey Schoenherr was at work when the fire started. She raced home to save her dogs when she found out what was happening.

"You could just feel the heat from where I was standing. It was bad," said Schoenherr.

Adam Brown lives across the street from the Iconic Village apartment complex near Texas State University.

Brown called 911, but emergency crews said they were already on the way.