The purpose of the visit is to discuss the mayors' opposition to the Trump Administration policy that separated migrant parents and children. 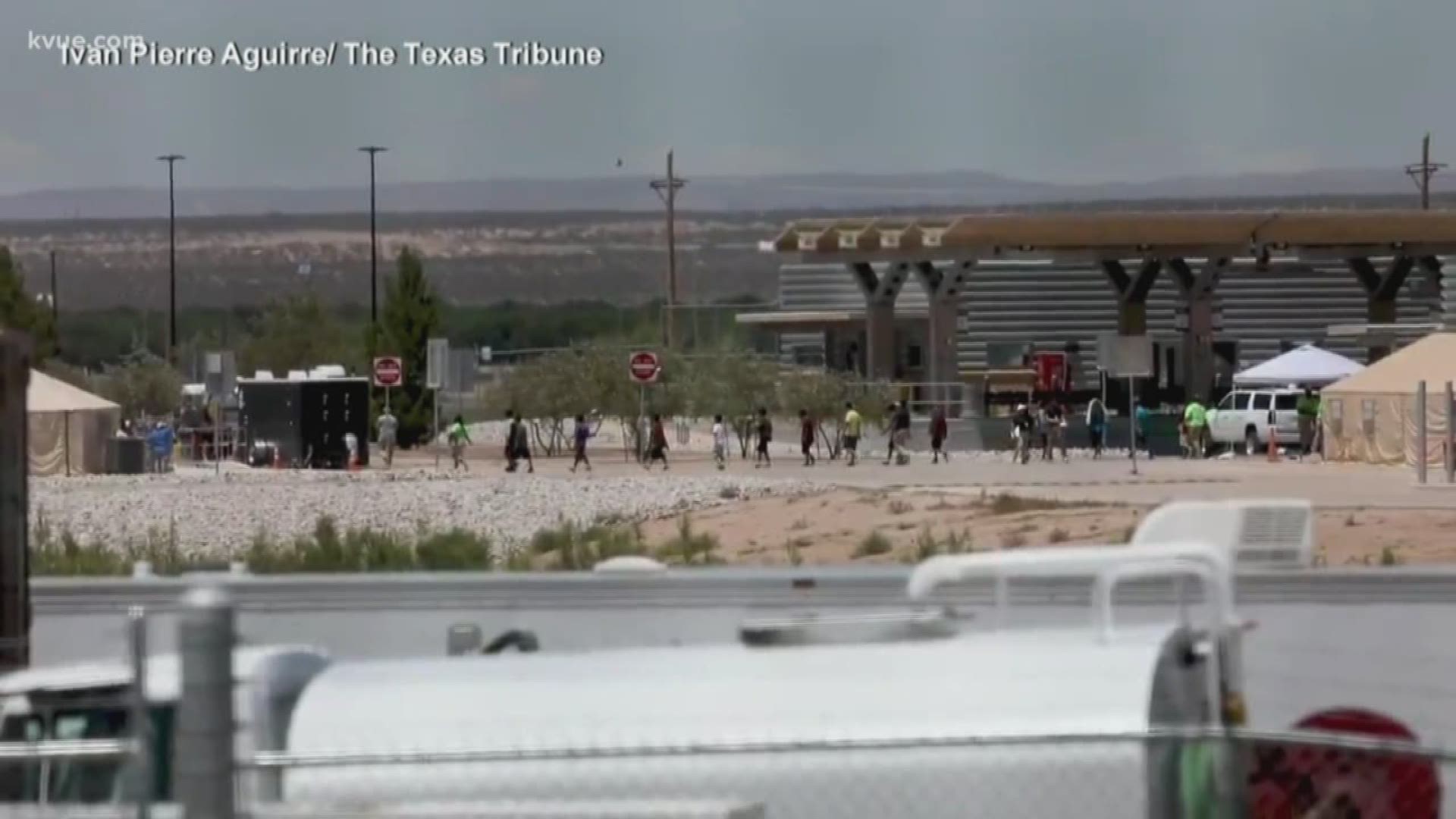 EL PASO, Texas -- Austin Mayor Steve Adler and members of the city council will be traveling Thursday morning to an El Paso-area migrant shelter as part of an invitation by the U.S. Conference of Mayors.

Along with mayors from other parts of the country, Adler and council members will be visiting the shelter in Tornillo, which is about 40 minutes east of El Paso. They arrived in El Paso Wednesday afternoon.

Arrived in El Paso and visited Tornillo today to see the tents for the children who have been separated from their families for myself. These conditions are unacceptable. We must reunite these children with their families now. #KeepFamiliesTogetherAct pic.twitter.com/IcB4lFuOe8

The purpose of the visit is to discuss the mayors' opposition to the Trump Administration policy that separated migrant parents and children. President Trump signed an executive order Wednesday reversing that policy.

"I just think it's wonderful how the public reaction to photos and to audio clips ... people standing up and pointing out something that just did not feel American was able to be changed," Adler told KVUE.

And while much of the conversation has focused on shelters housing children who've been separated from their families, Adler said it's also important to focus on shelters for unaccompanied minors.

"Even unaccompanied children, many of them have families here in the country. There are places that they could stay that would do less harm to the children than to put them in any measure of the detention camp," he said.

Some people on social media have questioned why the mayors are visiting a shelter in an area they have no authority in. Adler said their role as mayors is to provide a voice to the communities they serve.

"And frankly, cities around the state and around the country are looking at Austin for leadership. Austin has led on immigration, even before Senate Bill 4 and certainly after Senate Bill 4. So cities are expecting Austin to step up for Austin's voice to be heard," he said.

Some have also questioned on social media whether Adler and the city council members' used taxpayer money to book flights and hotels for their visit. But Adler said he paid for the trip himself.

"I've done that for all the trips that I've done as mayor," he said. "I don't think that's really good policy because in future years you may have a mayor who doesn't have the means to be able to do that, and Austin's voice needs to be heard."

Adler and the city council members who came with him will be departing for the shelter at 8 a.m. Thursday. They're expected to arrive at 8:45 a.m., with a press conference scheduled at 9:30 a.m.

Adler told KVUE it's very unlikely they will be let inside of the shelter.