Todd Sanders, the artist and owner of Roadhouse Relics, said he will continue to quickly clean up the "Greetings from Austin" mural every time this happens. 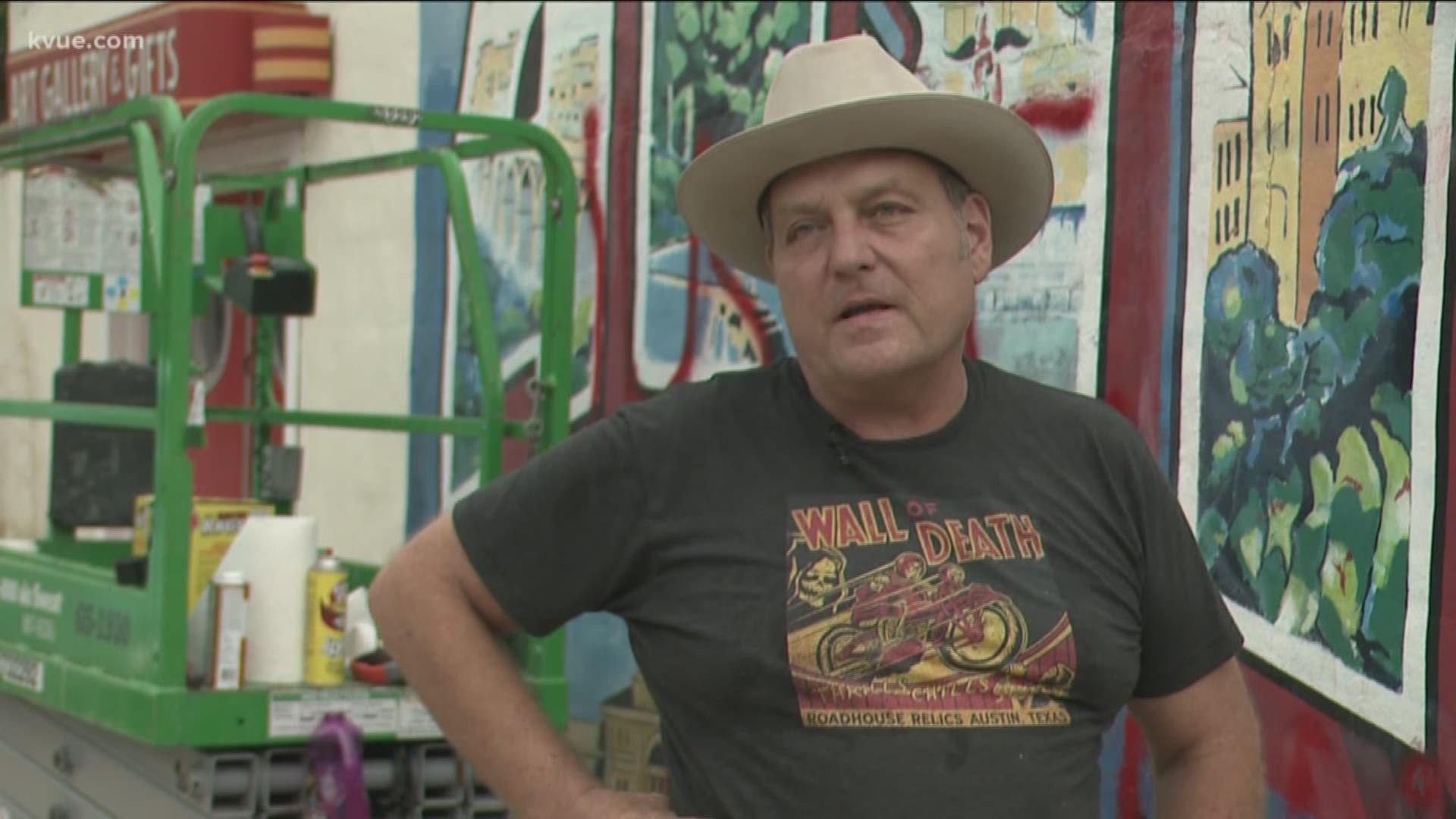 AUSTIN, Texas — Todd Sanders, artist and owner of Roadhouse Relics, spent his day Wednesday cleaning up a vandalized mural on his shop on the corner of South First and West Annie Street ... for a third time.

Overnight, it appeared someone spraypainted the words "Justice 4 Botham" over the iconic "Greetings from Austin" mural.

He said he's seen an increase in mural vandalisms recently around Austin.

"We love the murals, we're going to fix 'em every time," said Sanders. "So all you're doing is costing good people a lot of work to fix it. Your message isn't going to stay here ... leave the art alone."

The history behind some of Austin's most iconic murals

"It was something that we all did for fun," he said. "It was just a fun thing to show our appreciation for Austin. And now we've got tour buses pulling up all day long and people getting married in front of this thing. So it really means a lot to me and I'm going to take care of it."

Sanders said the mural has an anti-graffiti coating on it, so he spent the day Wednesday spraying solvents on it the mural to wash away the vandalism.

"It's just costing me a lot of time and, every time I fix it, the mural's a little more worn," he said. "We're going to have to restore it again. It's frustrating, but I'm going to fix it every time they do this."

The vandalism comes about a week after former Dallas police officer Amber Guyger was sentenced to 10 years in prison on a murder charge for fatally shooting a man named Botham Jean when she accidentally entered his apartment instead of her own.

Joshua Brown, a witness during the Amber Guyger murder trial, was killed in a drug deal, warrants say

Sanders said that every time this happens, he will fix the mural as soon as possible.

"The very next morning I pull up, I know what I'm doing that day," said Sanders. "I'm fixing this mural before I make art again in my studio, Roadhouse Relics."

He said his rustic neon signs have been collected by art collectors and stars like Willie Nelson and Billy Gibbons of ZZ Top.

RELATED: Iconic 'Greetings From Austin' mural cleaned up after being vandalized