"I can think of nothing more American than to peacefully stand up, or take a knee, for your rights anytime, anywhere, any place," Beto O'Rourke said at a campaign stop. 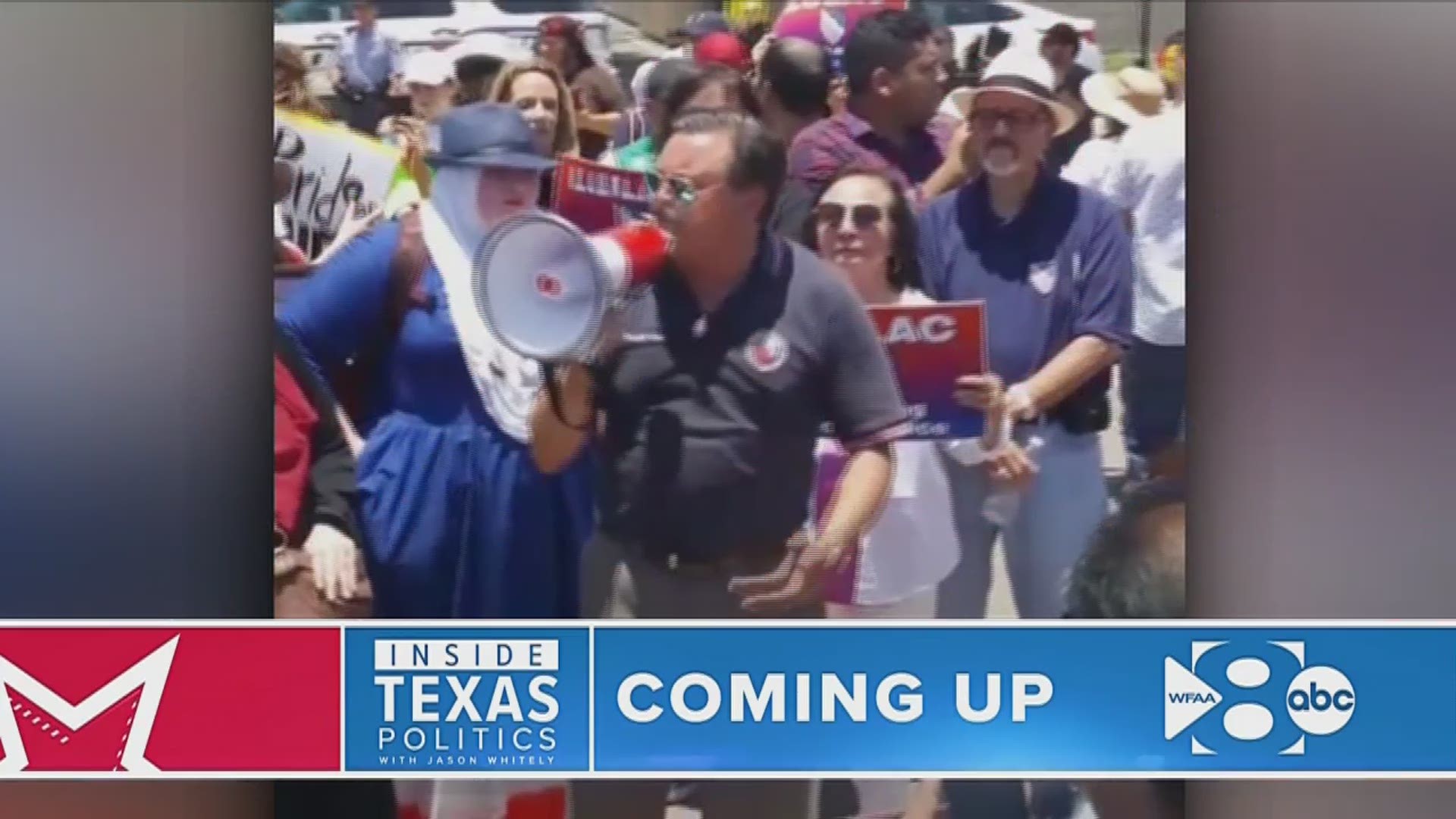 The comedian and ABC talk show host on Wednesday sent O'Rourke a tweet, saying she'd like to meet him. A video she shared along with her message has gone viral.

The Now This news video, which has now been viewed more than 13 million times, shows O'Rourke at a campaign stop, where someone asks him if he agrees with the protest of NFL players kneeling during the national anthem at games.

"I kind of wanted to know how you personally felt about how disrespectful it is, like, you have the NFL players kneeling during the national anthems," a man in the crowd asks. "I wanted to know if you found that disrespectful to our country, to our veterans and anybody related to that?"

"On a really tough issue that, if we don't talk about, is not going to get better," O'Rourke responds, going on to thank service members. "My short answer is no, I don't think it's disrespectful."

Ted Cruz: O'Rourke challenge 'is the left reacting with a lot of anger'

He also gave his long answer.

"And reasonable people can disagree on this issue, let's begin there," he continues. "And it makes them no less American to come down on a different conclusion on this issue, right? You can feel as the young man does, you can feel as I do, you're every bit as American, all the same. But I'm reminded, somebody mentioned reading the Taylor Branch book, 'Parting the Waters: [America] in the King Years.' And when you read that book and find out what Dr. King and this non-violent, peaceful movement to secure better -- 'cause they didn't get full civil rights for their fellow Americans, the challenges that they face, those who died in Philadelphia, Mississippi, for the crime of trying to be a man, trying to be a woman in this country, the young girls who died in the church bombing, those who were beaten within an inch of their life crossing the Edmund Pettus Bridge in Selma, Alabama, with John Lewis, those who were punched in the face, spat upon, dragged out by their collar at the Woolworth lunch counter for sitting with white people at that same lunch counter, in the same country where their fathers may have bled the same blood on the battlefields of Omaha Beach or Okinawa, or anywhere that anyone ever served this country. The freedoms that we have were purchased not just by those in uniform, and they definitely were, but also by those who took their lives into their hands riding those Greyhound buses, the Freedom Riders in the Deep South in the 1960s who knew full well that they would be arrested, and they were, serving time in the Mississippi State Penitentiary. Rosa Parks getting from the back of the bus to the front of the bus. Peaceful, non-violent protests, including taking a knee at a football to point out that black men, unarmed, black teenagers, unarmed, and black children, unarmed, are being killed at a frightening level right now, including by members of law enforcement, without accountability and without justice. And this problem, as grave as it is, is not gonna fix itself. And they're frustrated, frankly, with people like me and those in positions of public trust and power who have been unable to resolve this or bring justice for what has been done and to stop it from continuing to happen in this country. And so non-violently, peacefully, while the eyes of this country are watching these games, they take a knee to bring our attention and our focus to this problem to ensure that we fix it. That is why they're doing it and I can think of nothing more American than to peacefully stand up, or take a knee, for your rights anytime, anywhere, any place."

On Thursday, Sen. Ted Cruz responded to actor Kevin Bacon's retweet of the same video stating, "Most Texans stand for the flag, but Hollywood liberals are so excited that Beto is siding with NFL players protesting the national anthem that Kevin Bacon just retweeted it. That means all of us us [sic] can now win Six Degrees of Kevin Bacon!"

Most Texans stand for the flag, but Hollywood liberals are so excited that Beto is siding with NFL players protesting the national anthem that Kevin Bacon just retweeted it. That means all of us us can now win Six Degrees of Kevin Bacon! https://t.co/8oWpL1AuyF

O'Rourke is seeking to unseat Texas Sen. Cruz this fall.