A crash that should have left him dead: One teenager's miraculous journey to graduation. 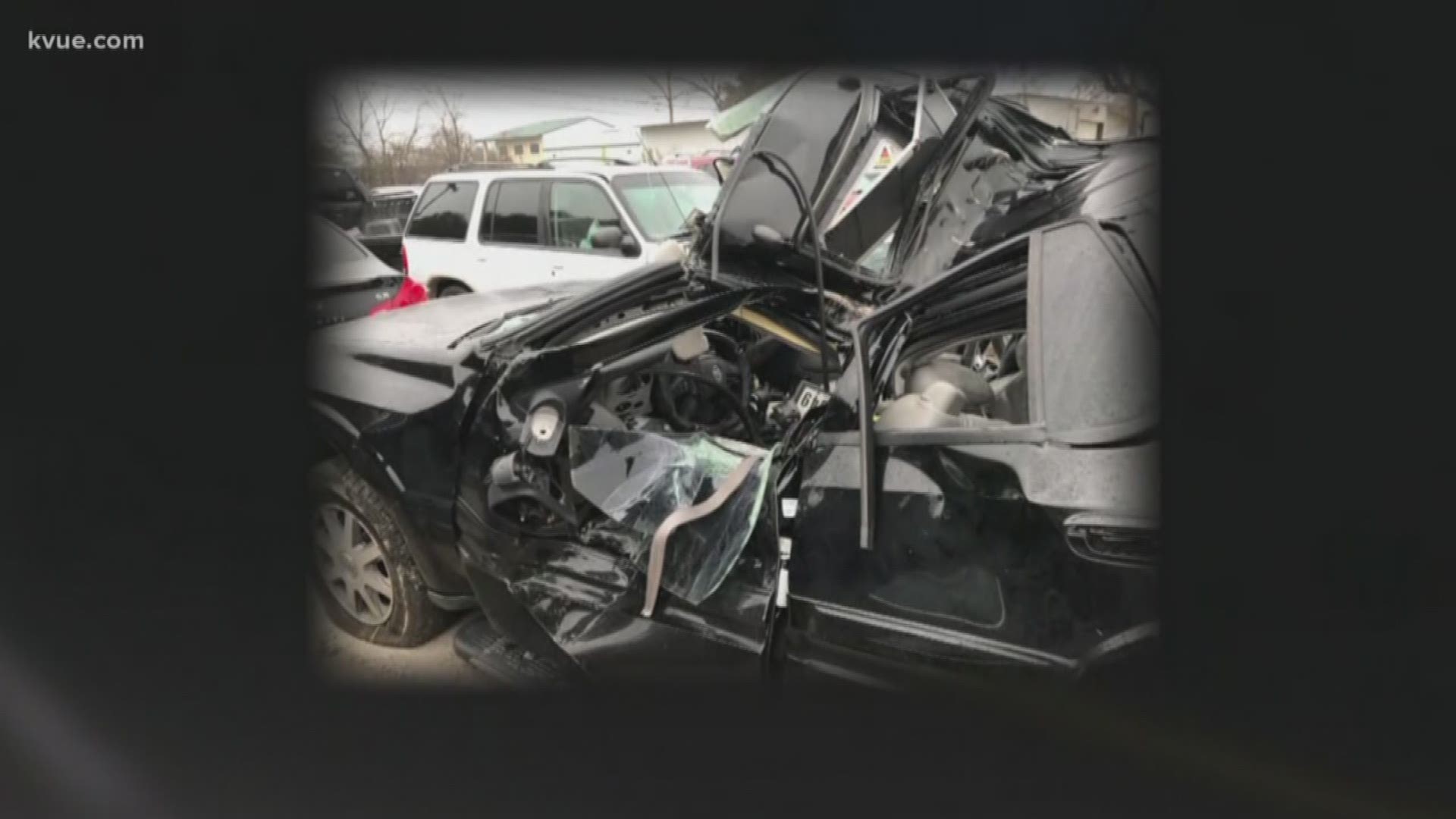 Those with Austin-Travis County EMS said they remembered the call clearly.

“Single-vehicle MVC, where the gentleman had struck a tree,” said Chris Montgomery, a field paramedic.

It happened around the 7400-7900 block of Spicewood Springs Road, near Yucca Mountain Road and Old Lampasas Trail.

“You could see the worry in everybody's faces when we got there,” remembered Kristy Canales, a medic 2 field paramedic. “We were definitely prepared for the worst.”

"We got about halfway there, and it turned into a vehicle rescue pin-in, so they started sending a couple of more units our way,” said Terry Gray, a lieutenant with Austin Fire Department. “He had slid off the road into a tree, so his driver's door was caved in and the roof was caved in on top of him.”

Gray and his team pulled Matthew from the car.

Canales said after getting Matthew settled in the ambulance and checking for injuries, she pulled out his wallet.

Bianca Bentzin, Matthew’s mom, didn’t have her phone near when they called.

“At 6:00 a.m. there was an APD officer at my door, and it's exactly what people tell you,” Bentzin said, as she remembered the wakeup call last year. “They don't need to say anything. He simply just asked if I was Matthew's mom, and I said yes. I said, ‘How many cars are in the driveway?’ and he said ‘One.’ And I just said 'Where is he?’”

She remembered feeling numb, saying the officer had to drive her to the hospital.

“I just had this gut feeling that it was very bad,” Bentzin said. “And when I got there, I found out my gut reaction was right -- that it was as bad as I feared it was going to be.”

Bentzin didn’t know if her son was still alive. She recalled begging the nurses to just tell her if he was breathing or not.

“I couldn't believe I was going to be the mother of a dead child,” Bentzin said. “And I was surrounded by family, and there was nothing anybody could say to me at that moment.”

“And that’s when I found out the severity of the injuries,” Bentzin remembered, learning her son’s body was covered in broken bones.

“When we met with the neurosurgeon again, we were told that one of the brain injuries, there were two that were extremely severe and serious, but one of them was on a part of the brain that tells the body to wake up,” Bentzin said. “So we were told that it was unlikely that he would ever wake up from his coma, and, if he did wake up, it would be weeks from now and unclear what brain function he would have.”

Bentzin said she and her daughter basically moved into his hospital room, even celebrating his sister’s birthday in the ICU.

“We didn’t leave his side,” Bentzin said.

“All that matters is what's going on in that room, and everything that you've known about your life just stops. Your job, your hobbies, you don't even think about them,” Bentzin said. “And all you focus on is that monitor with all the numbers, and his body laying in the bed. And sometimes you don't even think there is enough prayers, because those days are really dark.”

Matthew woke up from his coma after 10 days.

“Matthew, in his Matthew way of doing everything his own way, woke up from his coma by self-extubating,” Bentzin said as a tear streamed down her face. “They said ‘Your son is awake, and he has pulled out his intubation tube.’ And there he was, laying there with his eyes open. And it was the most incredible moment.”

Matthew spent three-and-a-half weeks in ICU, and a few weeks after in rehab.

He worked extra hours to catch up in school, determined to graduate on time.

His class was set to graduate on Friday, May 25. Miraculously, Matthew walked alongside them.

Bentzin beamed with pride as she watched her son cross the stage, turn his tassel and graduate high school.

As tears filled her eyes, Bentzin pulled Matthew and her daughter in for a family hug, saying, “I’m so proud of you.”