An Austin man's wife had lost motivation in her marriage. Her husband felt it was his fault. A trip to the doctor showed this Texas couple a surgical procedure could potentially save their marriage. 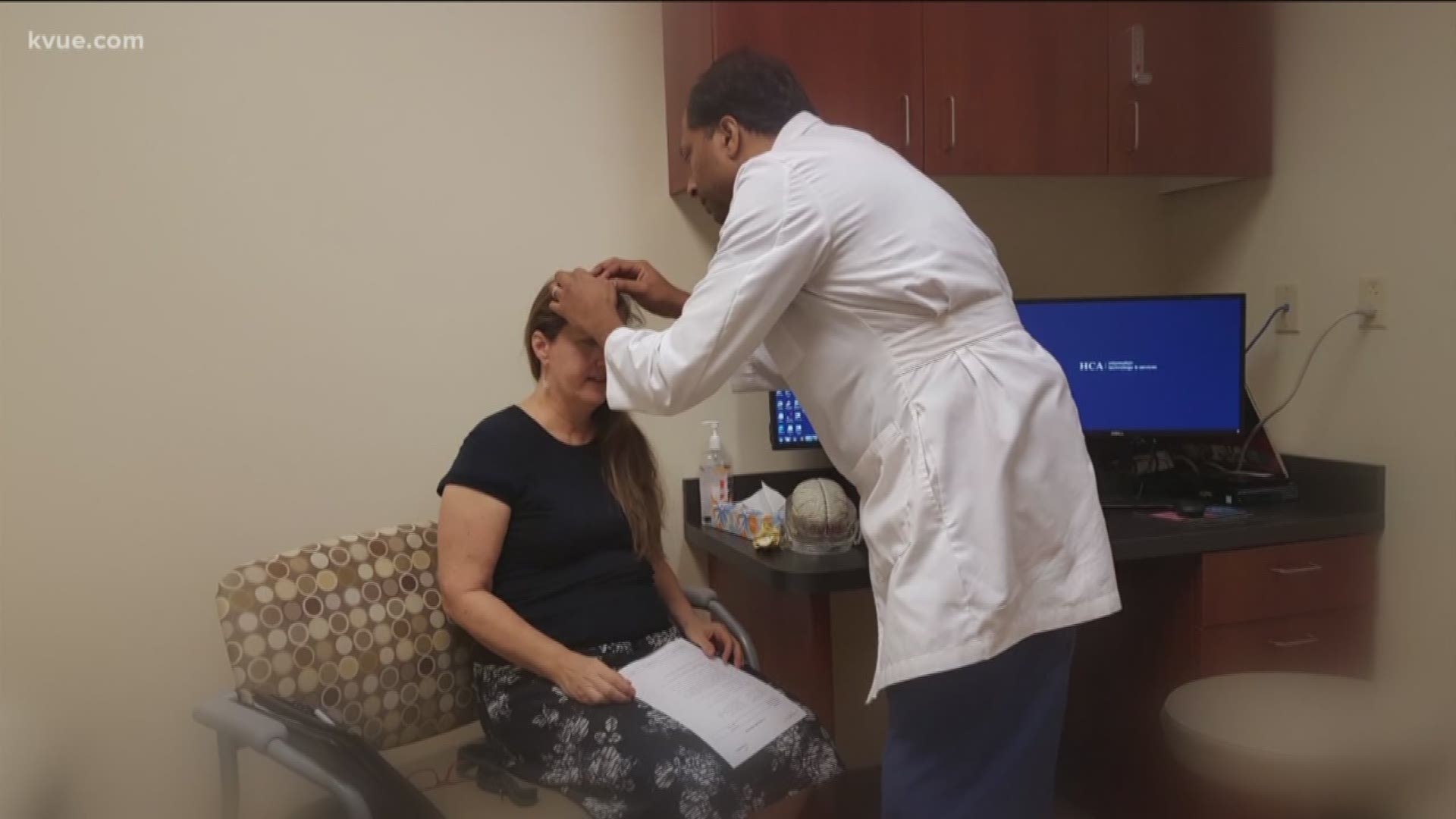 AUSTIN, Texas — The term "power couple" can sometimes be used a little loosely. However, there's one Central Texas couple that is personifying this phrase in a remarkable way.

Lisa and David Powell met like many married couples -- in college. Both going to the University of Texas at Austin in the 1980s, Lisa initially caught David's eye in the elevator.

"We actually met in the elevator at ECJ, which is a civil engineering building at UT," Lisa said. "He supposedly thought I was lost, and was from the business school or something."

"She had these green eyes," David said. "They definitely caught my attention."

That quick meeting would eventually turn into marriage, kids and running an engineering business together. Lisa and David created P.E. Structural Consultants, Inc. -- a structural engineering consulting firm in Austin.

"We are a very, very close couple," said David. "We had his and hers tool belts."

A couple years ago, though, Lisa started to become less motivated at work and at home.

"I was just really tired a lot," said Lisa. "I had the hardest time actually getting up and getting to work. I had a hard time focusing. I just had no drive. I had no emotions."

This was a change like never before in Lisa and David's marriage. Lisa had become unmotivated and distant to her husband. It left David scared, who was keeping a blog at the time of everything going on. This is part of a post from June 19, 2017:

"Over a period of years, and particularly over the last 12 months, the Lisa that I married, the woman who Elise, Zac and Jake love so dearly, has been all but lost to us. The vibrant, brilliant, energetic, hard working, hard playing Lisa has morphed into another being. She became unresponsive, dull witted, unreliable, sluggish. The woman whose biggest fault had been that she hit the ground running at the crack of dawn now lays in bed all day. I’ve gone into a deepening state of shock over the last few years. David and Lisa, the perfect couple…in a dead end marriage."

There were times when Lisa would catch herself sleeping for 18 hours in a single day, struggling to get off the couch. David could only point to himself.

"I believed that it was our marriage falling apart," said David. "I thought it was me -- that I had lost her love."

However, David eventually got a call from their office, as one of the employees said she can no longer be there because of her work ethic. This is when David realized Lisa's change in personality was happening outside the home and that a trip to the doctor might be necessary.

"We thought depression," Lisa said. "We thought hormones. We just went down a lot of different paths trying to fix it ourselves."

Lisa got an MRI when she went to the doctor. It didn't take long for her to realize something was wrong medically.

"I was home for 15 minutes, and I got a call on my cell phone from the doctor," said Lisa. "He told me that I had a six-centimeter meningioma."

Lisa had a tumor the size of a billiard ball right at the front of her brain. Meningioma is a tumor that comes from the meningeal tissue of the brain. It grows near the frontal lobes, impacting someone's emotions, energy and even their personality. Dr. Hari Tumu is a neurosurgeon at St. David's Medical Center and with Austin Brain and Spine. When Lisa went to Dr. Tumu, she had no idea a tumor was even in the realm of possibilities, which frequently happens with meningioma since it can go unnoticed for decades.

The thought that Lisa might just be going through some sort of depression is also something Dr. Tumu has seen in the past.

Austin firefighter's son released from hospital after fight for his life

"A lot of times, it gets misdiagnosed as depression or apathy for whatever reason," said Dr. Tumu.

While the diagnosis frightened David, it also brought him a weird sense of relief.

"It gave me hope that was ultimately realized that the person I married would be retrievable to me," said David.

Dr. Tumu did a frontal craniotomy operation, surgically removing part of the bone from the skull to expose the brain. The surgery was successful and just days later, Lisa and her family could already noticed she had changed -- this time, for the better.

"It just reconnected me to who I was before, and I realized that I had not been myself for a long time," Lisa said.

Lisa said she remembers a moment soon after surgery when her Dad was in town. She said she woke up and felt motivated to start cleaning up and reorganizing her kitchen.

"My dad was up on a ladder, and he just got down and he started to cry," Lisa said. "It was really kind of sweet. I hadn't seen my dad cry that much."

Now re-energized, Lisa even picked back up the violin, something she started taking lessons for almost a decade ago but gave up when her apathy started to increase.

"I'm at least reading music and playing -- I'm not saying I'm ready for the symphony yet," said Lisa, with a laugh.

For David, all the doubt and frustration that had been building for years had suddenly disappeared.

"I'm just really damn glad that I stuck it out," said David. "It would have been a lot easier to leave what I thought was a failed marriage behind and not even realize that it was a disease and not a sick relationship."

From college sweethearts to now a power couple, these two have persevered through the unexplainable and unforeseeable, which is just a piece of their love story that's unforgettable.

"It's a resurrection," said David. "That's what it felt like because we got her back. She has her snap back."

"I'm finally feeling like myself again," said Lisa. "They've got their mom back."