It was during her fourth stint at a treatment center that Monica LeBansky had a breakthrough. 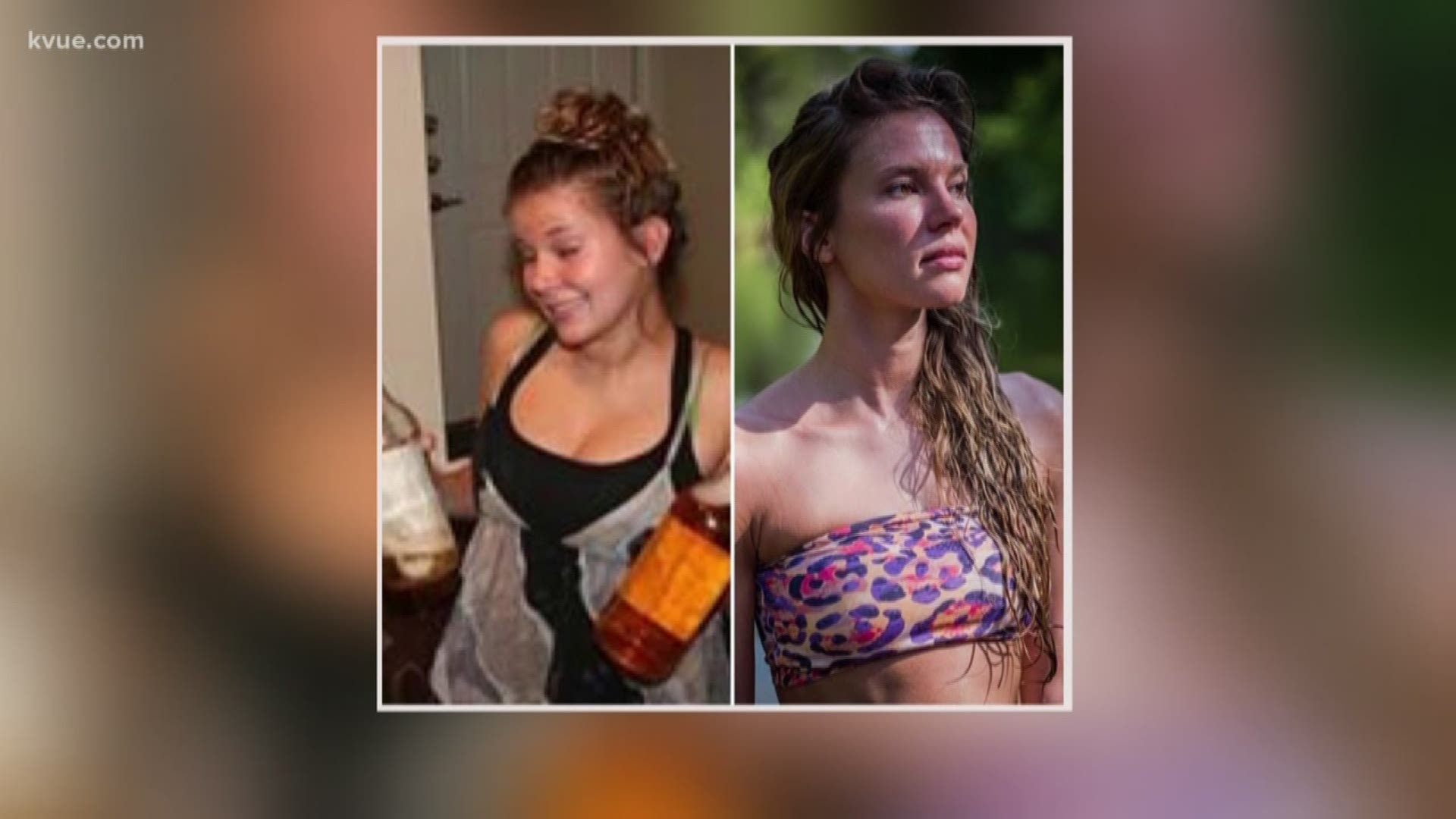 AUSTIN — Inside of the Pure Yoga studio in North Austin, students endure 106-degree heat for 90 minutes while meditating and pushing through 26 poses.

It’s a choice, and each student has a different motivation.

"I think that everyone that comes here is a seeker," said Bikram Yoga instructor, Monica LeBansky. Bikram Yoga is a hot yoga style.

Lebansky is a seeker as well. She seeks fulfillment by inspiring others through Bikram Yoga.

Credit: KVUE
Monica LeBansky was addicted to alcohol, cocaine and even meth. Then she found yoga.

“This was the farthest thing from what I envisioned my life becoming. But, I’m grateful," Lebansky said.

She's grateful because of her journey. She's only 28, but she's experienced a lifetime of struggles.

Through her victories and overcoming adversity, Lebansky said, “I feel like I have a purpose."

But, that was not the case for a large portion of her short life. When she was a student at McNeil High School, Monica said she just wanted to fit in and be like everyone else. 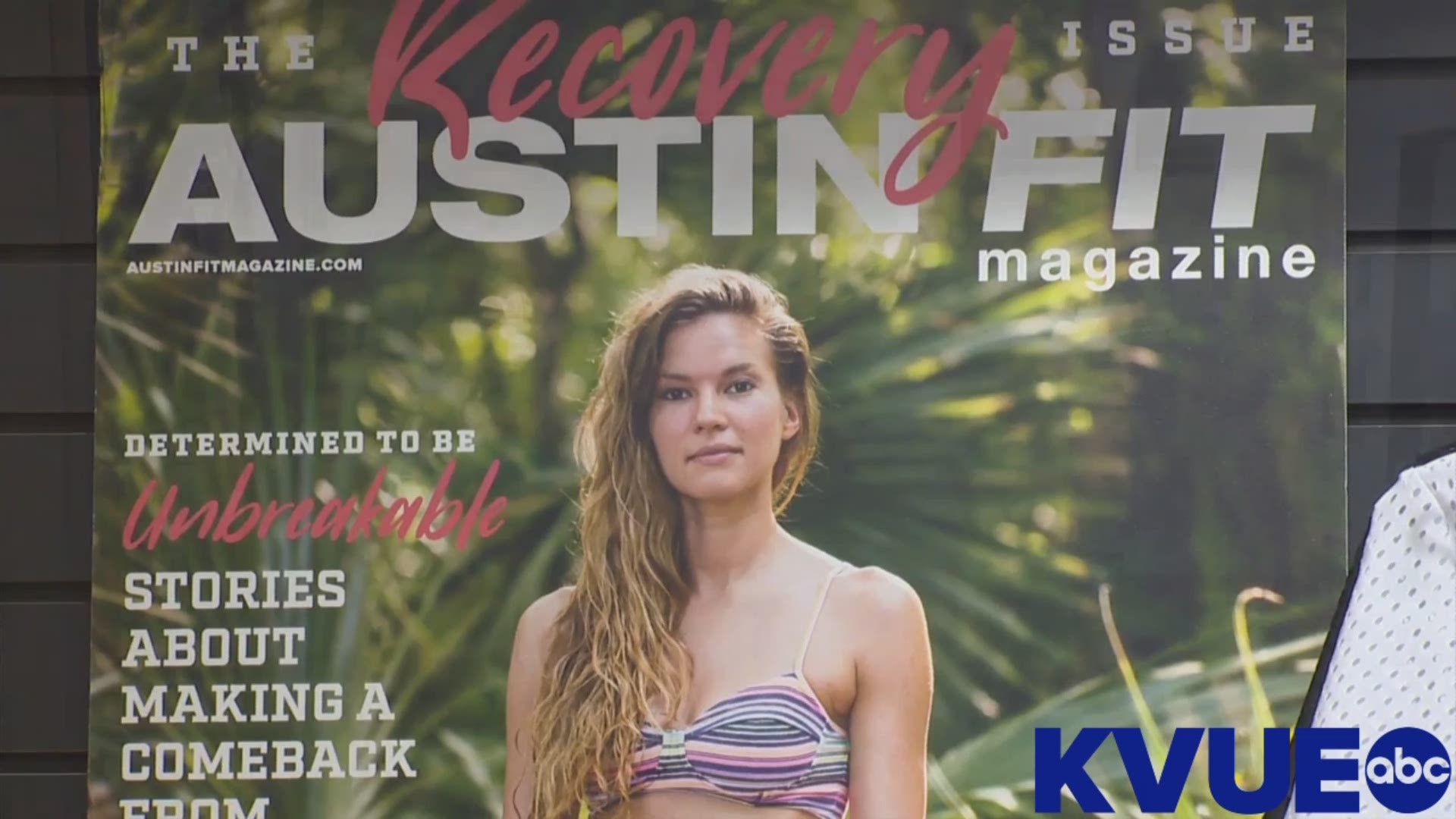 That led to alcohol abuse which intensified during her college years at the University of North Texas.

“I was a daily drinker from morning until I passed out at night," Lebansky said.

The excessive drinking evolved into a drug addiction.

“I tried every drug that college has to offer," Lebansky said.

Drugs such as marijuana, cocaine and meth.

That led to legal issues.

Lebanksy was arrested. She said she felt miserable going to class. At that point, Monica contacted her mother in Austin. That’s when Lebansky was admitted to treatment center.

Lebansky would later check in and out of four treatment facilities. But during the stint at the fourth long-term facility, Lebanksy experienced a first.

“They brought yoga to our center. I participated because I was forced to do so -- it was mandatory," Lebansky said.

That yoga program was called Pure Action, established by Pure Yoga. When she completed the program, her post addiction journey began with a free 30-day membership to Pure Yoga.

“I love free stuff, so I took advantage of the free month and after that it was like a snowball," Lebansky said, laughing.

The journey snowballed into Monica improving her Bikram Yoga practice. She said it replaced her addiction.

"As an addict I always liked living on the edge. I liked flirting with the 'Am I going to die?'" Lebanksy said. "And that's kind of like what this yoga does for me. In a very safe way I get to experience that rush that I always craved previously."

Eventually, she entertained her goal to become a Bikram Yoga instructor. That afforded an opportunity to take a two month trip to Thailand and learn how to teach Bikram Yoga.

Lebansky's 20,000-plus Instagram followers are evidence of the inspiration she sparks.

"I'm grateful for social media as crazy a little world as it is. It’s given me a lot of great opportunities," Lebansky said.

Those endless opportunities include becoming the cover girl on Austin Fit Magazine and being offered a part in a documentary called, Sober and Stoked.

Her most significant victory perhaps has been Monica's new relationship with her parents.

"They couldn't be more grateful -- they come to my classes, they support my causes, they're probably my biggest fans," Lebansky said.

Her next biggest fan has to be her boyfriend of three years, Chris, who has been sober for three years.

A sober life achieved through breathing and meditation.