Haruka Weiser was murdered on April 3, 2016. Three years later, students and parents say there haven't been many safety improvements on the UT campus. 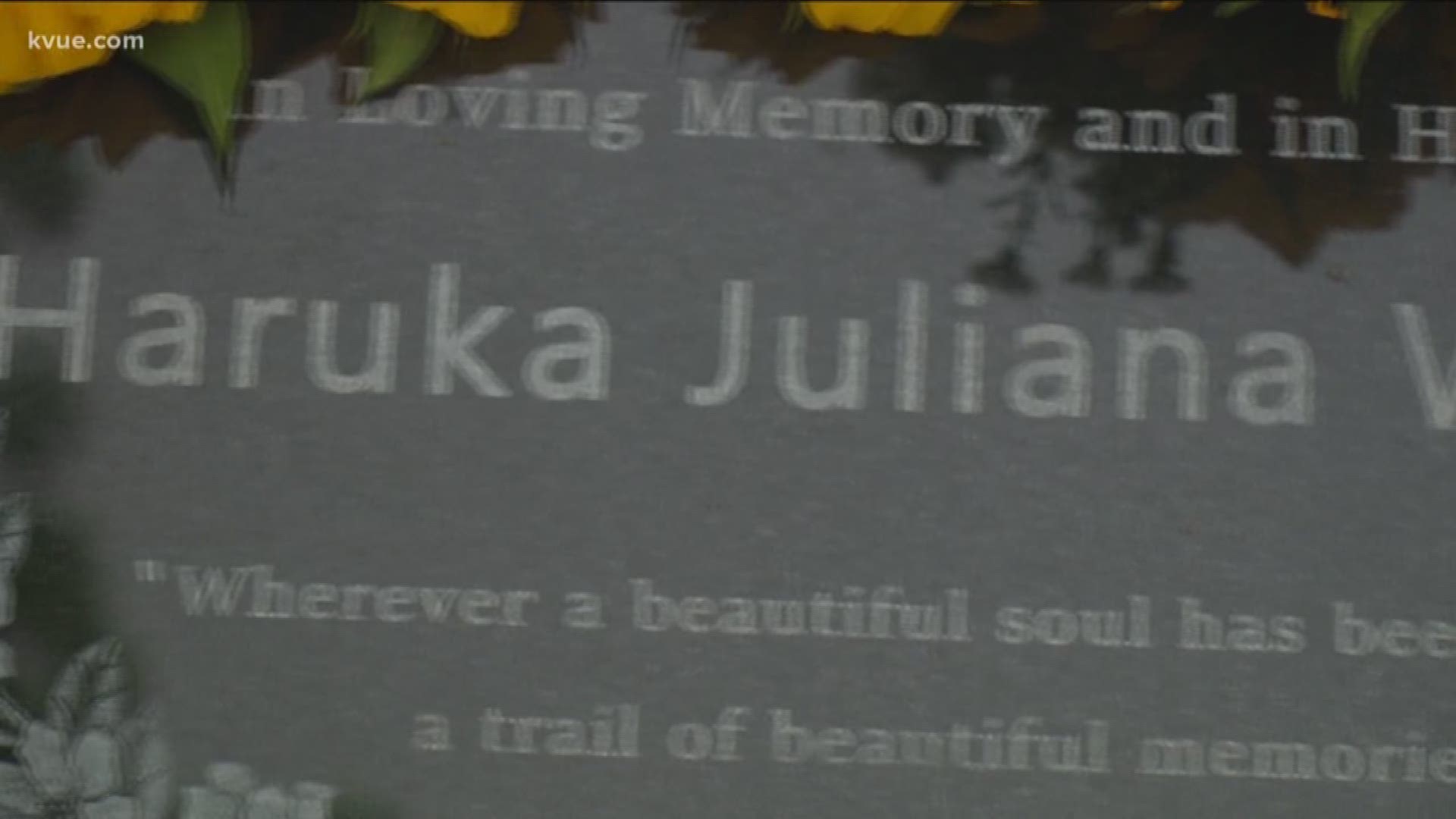 "I remember going to the Winship Theater and Dance building and standing in the atrium with all of my friends, and we were like, 'This can’t be good. There’s something wrong, and we don’t know what it is.'"

Huff went back to her doom room that night in Prather Hall - the same dormitory where Weiser lived.

"And that’s when I got the news that they had found her body in Waller Creek," said Huff. "And it was terrible. I cried the whole day."

Huff had become close friends with the fellow freshman that 2016 spring semester.

She said she can't believe it has been three years since Weiser was killed.

"It feels like it’s gone so quickly, but at the same time it feels like it’s been forever since we got the news," said Huff. "I can’t believe that this awesome girl, this wonderfully talented dancer that I had been in productions with, who I’d gotten to know super well that semester, will not be graduating with me when she should be. This is just an experience that she should be sharing with us and she’s not."

Huff said safety improved for a little on campus.

"It seems like every time something new happens, every time another kid is hurt on campus or is murdered on campus, there’s this huge push for new safety measures," Huff said. "And things go well: there is improved police presence; there’s more lighting; it’s better on campus for about a month after those things happen, and then it just goes back to the same way."

"No, I don’t feel any safer now than I did then," Huff said.

She explained there hasn't been upkeep on lighting or keeping the trees trimmed near the path where Weiser was killed.

James Richardson, who did his undergrad at UT and is a first-year law student, said he hasn't noticed safety improvements since Weiser's death.

He's pushing for more lighting and police presence on campus.

Bill Bryson's son is graduating in May. Bryson also lives near campus.

"I don’t see the lighting has improved any. I hardly ever see policemen on patrol," he said, also pointing to the need for new blue light call boxes.

Huff, Richardson and Bryson agreed with Joell McNew, the president of SafeHorns, that the university needs to work with the city to increase safety measures for students.

Britney Spears taking some 'me time,' amid reports she checked into mental health facility