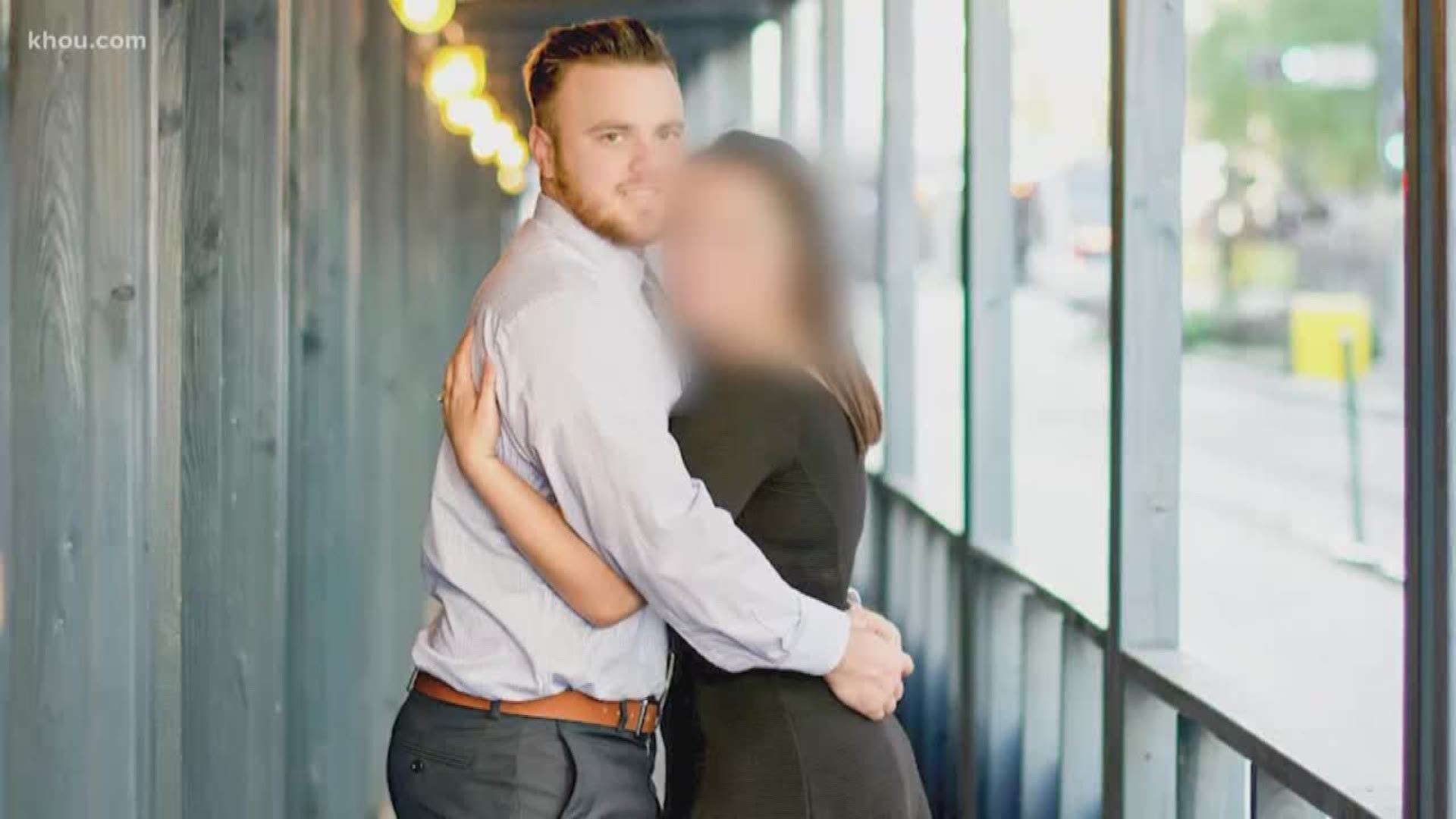 FORT BEND COUNTY, Texas — A home in the 6900 block of Glen Rosa Drive in the Seven Meadows subdivision is decorated for Halloween.

But it’s where a real-life horror played out early Wednesday morning.

"It’s devastating, you know?” said a neighbor who didn't want to be identified.

Neighbors can’t believe the victim, identified as 29-year-old Brenton Estorffe, was shot and killed during an apparent home invasion.

“I’ve heard of a few break-ins around the general area, but nothing like murder,” the neighbor said.

Fort Bend County Sheriff Troy Nehls told KHOU 11 two suspects didn’t get away with much, if anything, because the crime happened so quickly once Estorffe confronted them when he heard breaking glass around midnight.

"We have a homeowner now, here in Fort Bend County, who is no longer with us," Nehls said. "And the father of two small children. Breaks your heart.”

Neighbor Kimberly Patel recently met the family for the first time and said Estorffe was as nice as he could be.

“I can’t even imagine what the wife is going though right now,” Patel said.

She said there are issues in the area from time to time, but she'd never expected anything like this.

"We’ve left our doors unlocked because we feel this is such a quiet neighborhood," Patel said. "So it’s pretty shocking to be honest.”

Investigators checked to see if any neighbors have useful surveillance video. But so far, there’s no description of the suspects who left many in fear.

Nehls said it did not appear Estorffe was armed.

We're told he was originally from Australia and moved into the neighborhood with his family about six months ago.

Call the Fort Bend County Sheriff's Office with any information.