Chase Griffin is committed to play football for Chip Kelly and the UCLA Bruins. 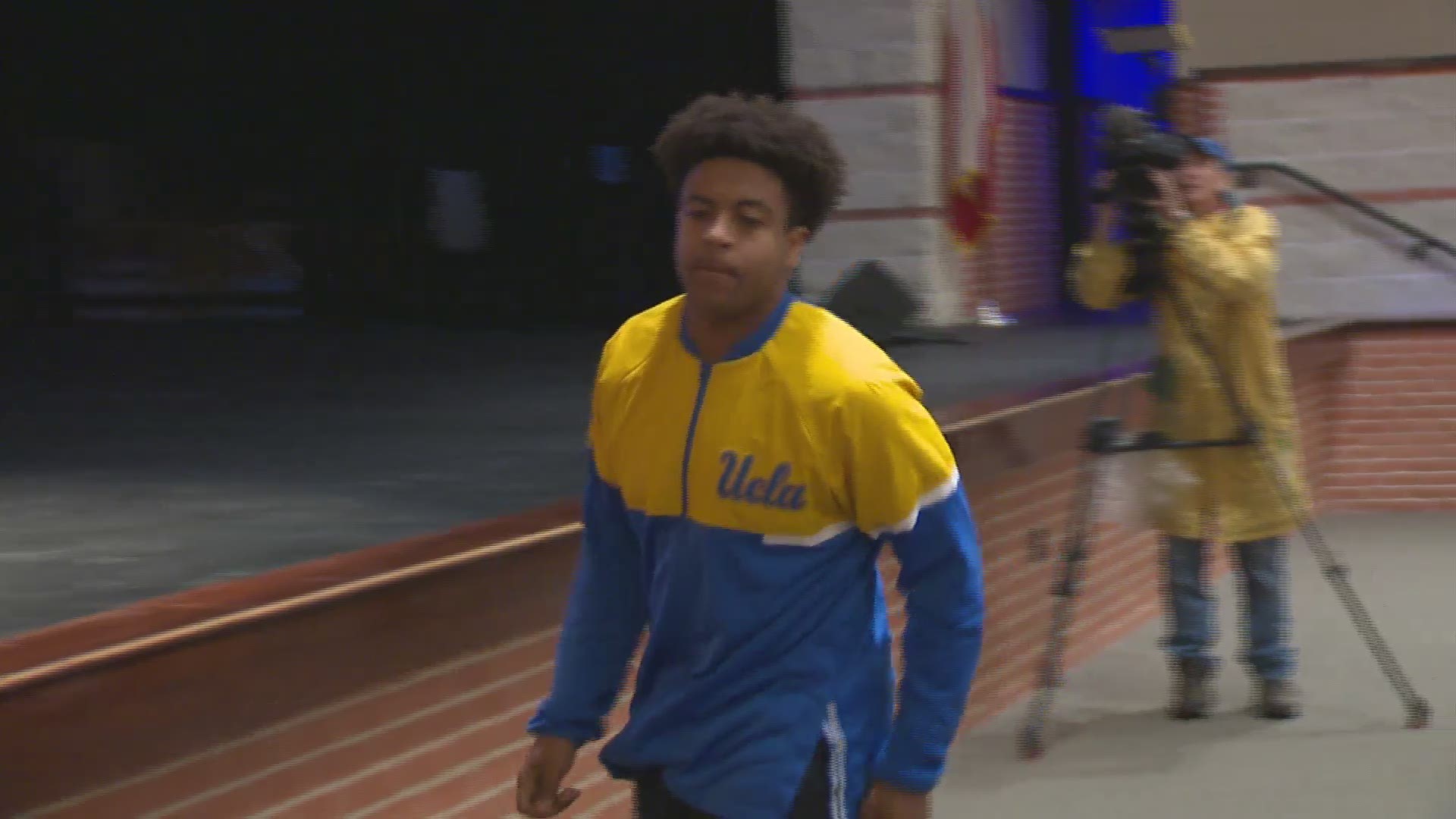 AUSTIN — Chase Griffin led the Hutto Hippos to an undefeated regular season and permanently etched himself into the Texas high school football record books as one of the top all-time passers.

This season alone, Griffin passed for 4051 yards, 51 touchdowns, rushed for 415 yards, and scored eight times with his feet.

The three-year Hippos quarterback received one of the highest honors a high school quarterback can receive: The Gatorade Player of the Year in Texas.

That’s two Texas Gatorade Players of the Year in two different sports from the Austin area.

Chase Griffin is committed to play football for Chip Kelly and the UCLA Bruins. Griffin will sign his letter of intent during the early signing period December 19th.