A few Hutto High School students have a special project on their hands that allows them to train guide dogs for the visually impaired. 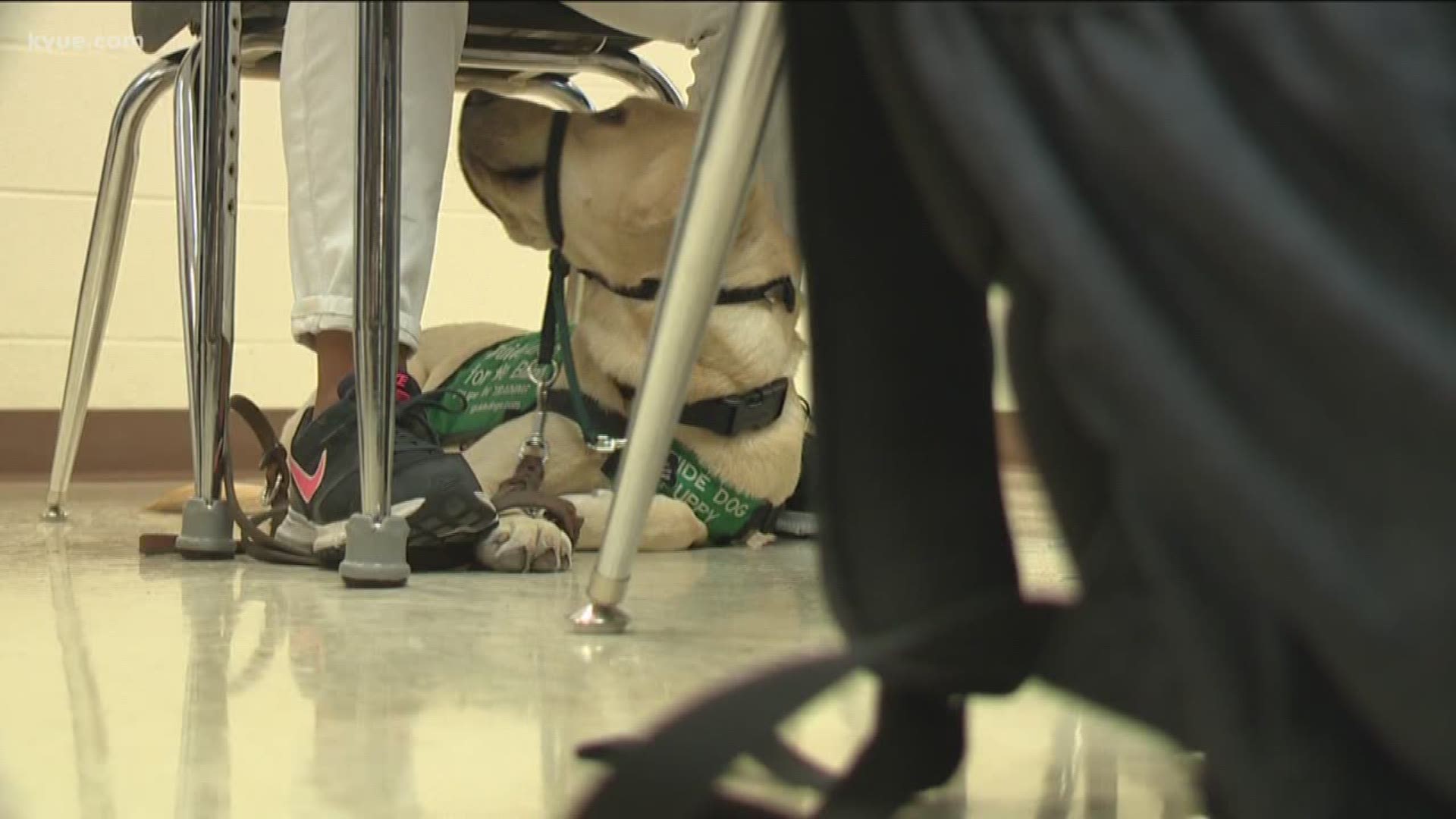 HUTTO, Texas — High school students in Future Farmers of America typically raise some type of animal including a chicken, a goat, or maybe a rabbit. But some students in Hutto are working on a special type of project.

Rafanan and her friend Izzy Harris are training guide dogs to be able to one day help someone who is visually impaired.

"The fact that I could help someone in giving them that dog, that means a lot to me,” said Harris.

Their Agriculture Science teacher Natalie Nielsen is also training a dog and brought the program to Hutto, Texas.

"FFA is changing and I want to allow students to find what their niche is,” said Nielsen.

The three got the dogs when the pups were just 8 weeks old.

"High school is pretty much the perfect environment,” said Nielsen.

The canines go everywhere with them including the school bus, crowded hallways, quiet classrooms and even their personal home every day.

"Our job as puppy raisers is to take them out into different environments, socialize them, teach them basic commands, teach them to behave around people,” said Neilsen.

"We want them to stay focused and kind of uncaring to what's around them,” said Rafanan.

Throughout the year, they’ll teach the dogs to adjust to not jump on people, walk with a loose leash and turn way if someone tries to pet them

"If she sees someone come up to her and even try to pet her, I've taught her to ignore the hand and to look up at me,” said Harris.

"You teach them that picking stuff up off the floor, you can't do that, even if it's a piece of food that's like really tempting,” said Harris.

Once their year here is up, experts will give the dogs the final leg of their training and hopefully guide dog certification.

"The thought of her helping someone else is like really special to me,” said Harris.

The program is 1 of only 4 in Texas and the only one in the Austin area.

Neilsen hopes more students will want to get involved and expand the program with a new group of dogs next year.