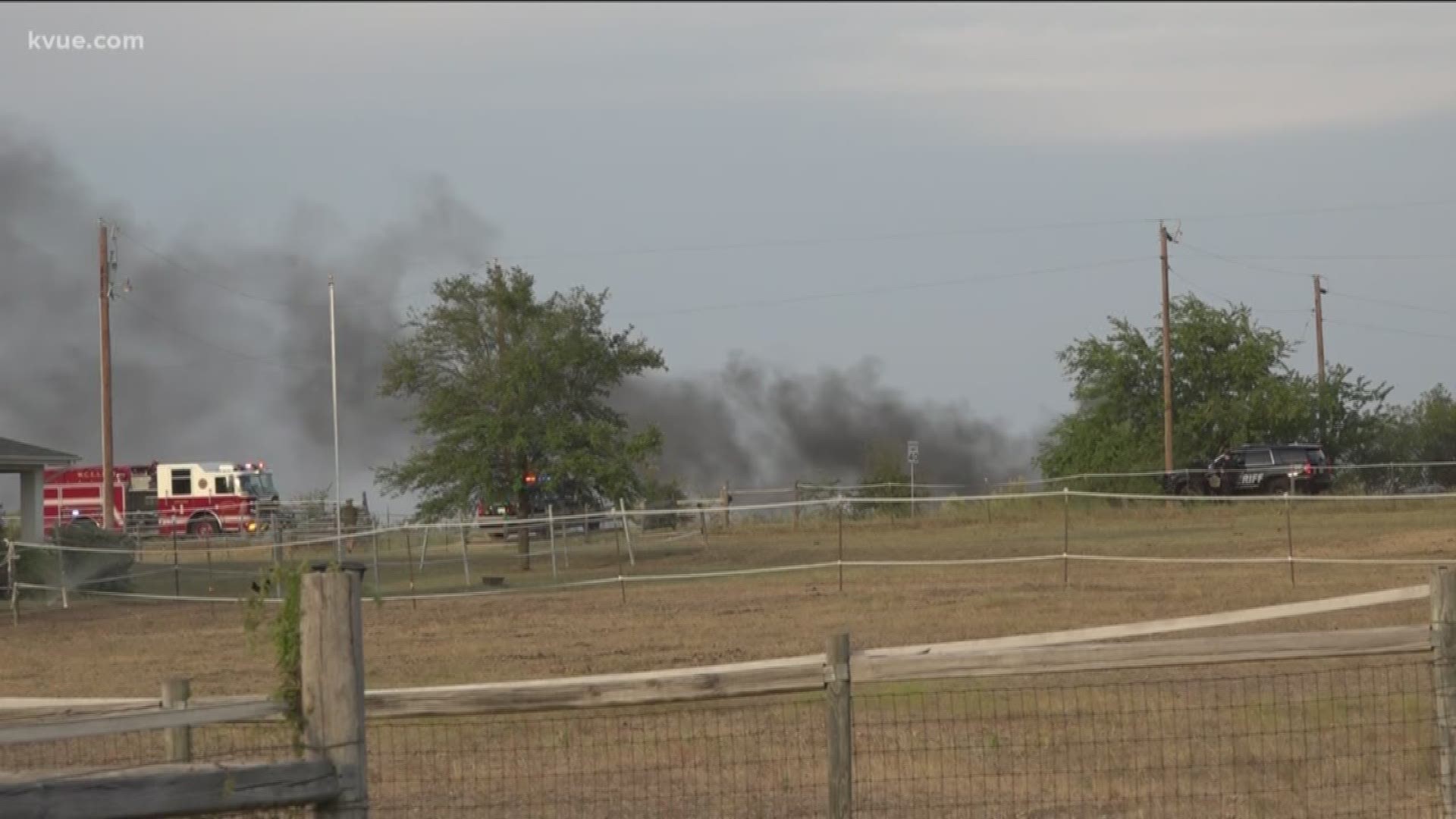 HUTTO, Texas — A 66-acre grass fire that threatened homes just east of State Highway 130 on Sunday has been contained.

The Williamson County Sheriff’s Office said a call came in around 4:45 p.m. that a fire was burning at 341 Wind Mill Ridge.

The cause of the fire was determined to be a barbecue pit.

The fire was initially reported as five acres before being contained at 66 acres.

Fire chief for Hutto Fire Rescue Scott Kerwood said the weather played a role in the growth of the fire.

"The fire grew rather rapidly just because of how dry it is out here," said Kerwood. "In a fire on a dry day like this, it's creating wind as it's out there, so it's a combination – weather played a big factor in this."

The fire was not initially threatening any structures, but the Williamson County Sheriff’s Office later said buildings were in danger.

Approximately five homes were evacuated. None of those homes were damaged and the evacuations have been lifted, according to Williamson County public affairs manager Connie Odom.

Kerwood said one firefighter was taken to the hospital with a heat-related injury but is expected to be okay.

There were no other injuries.

Kerwood also said a greenhouse near a home took some damage, but there's no word on how much damage there is.

Williamson County is currently under a burn ban. Kerwood said that burn ban does not prohibit barbecuing.