Almost 2 years after Hutto Police Sergeant Chris Kelley died in the line of duty, his family and fellow officers are officially naming a stretch of road after him. 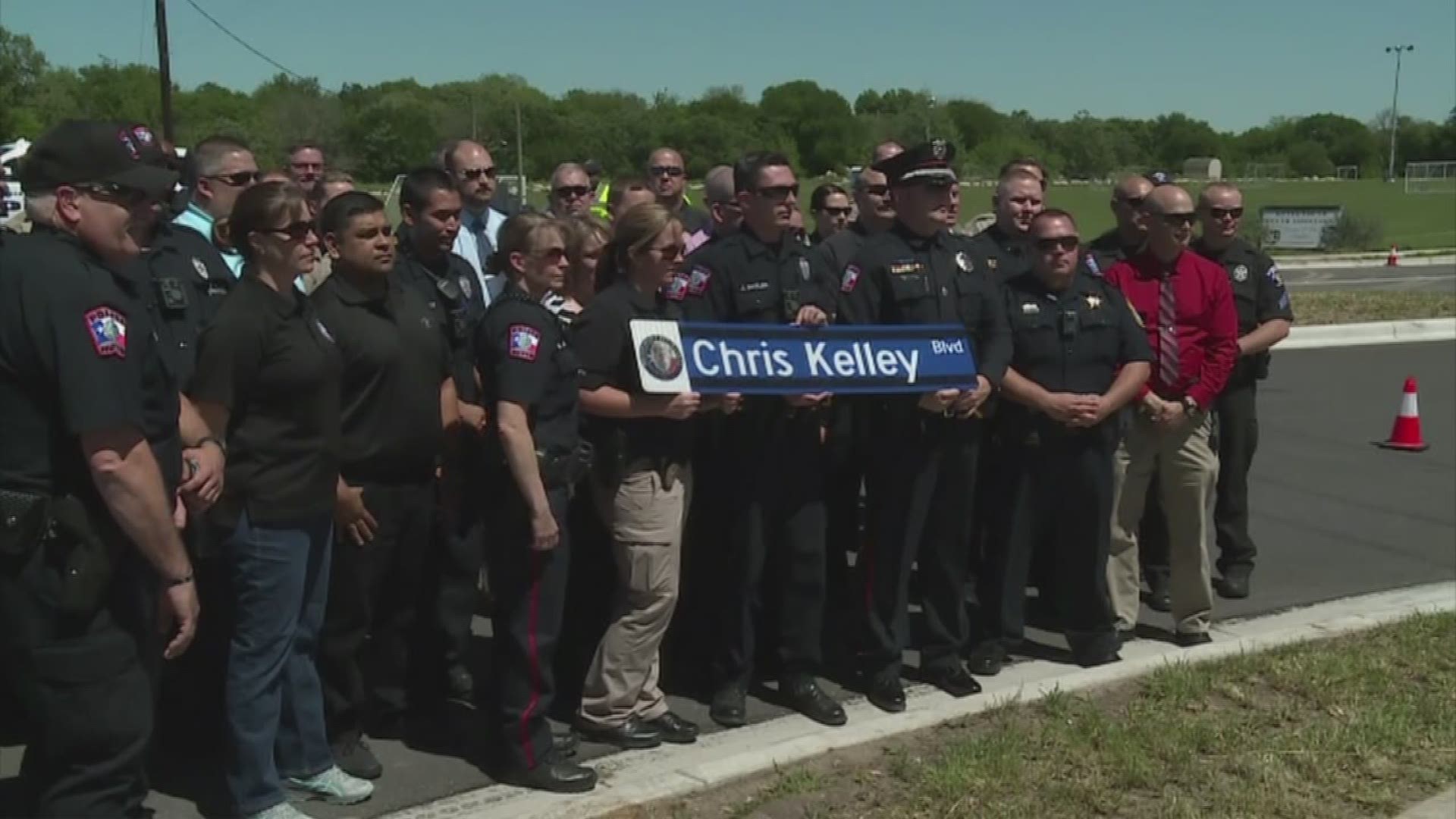 Almost 2 years after Hutto Police Sergeant Chris Kelley died in the line of duty, his family and fellow officers are officially naming a stretch of road after him.

They say they're working to keep his memory alive.

"It allows us to know the community still thinks about him," said Sgt. Kelley's wife, Michele.

She spoke at the dedication Thursday to rename FM 685 to Chris Kelley Boulevard.

"The renaming of this road is bittersweet as we are reminded of the ultimate sacrifice Chris took on June 24, 2015," said Michele Kelley.

Sgt. Kelley died in 2015 when he was run over and killed with his own patrol car. He was chasing a suspect who he had tried to pull over.

"We will continue to honor Chris for the hero he was," said Michele Kelley.

It's a sacrifice that not only took away a husband, but also a father to Mckenzie and Nathaniel.

"Today we take a step towards remembrance, we transform grief and give something of sergeant Chris Kelley to the community that he served, his integrity, commitment, selflessness, and humor are indelibly forged into the asphalt of this roadway which now bears his name," said acting Police Chief Nate Spraggins.

"It also shows us Chris will never be forgotten and that means more than we could ever express," said Michele. "He was very well liked always and it continues to show that."

The road renaming is also part of an $11 million joint improvement project with TXDOT, Hutto ISD, and the city of Hutto.

Crews widened the road to accommodate the growing area and built a new bridge to prevent the road from flooding.

But the Hutto resident said for now, they just appreciate this lasting legacy for Sgt. Kelley.

"Remember the incredible sacrifice he made, and those that he left behind," said Spraggins.

"It means a lot for us to have this support because there' s a lot of days where we still feel alone because our main person that we want here is no longer here."

As for Kelley's death, Colby Ray Williamson is facing a murder charge. A jury trial is set for this July.