The plan was to build a huge sports development that would bring millions to Hutto. 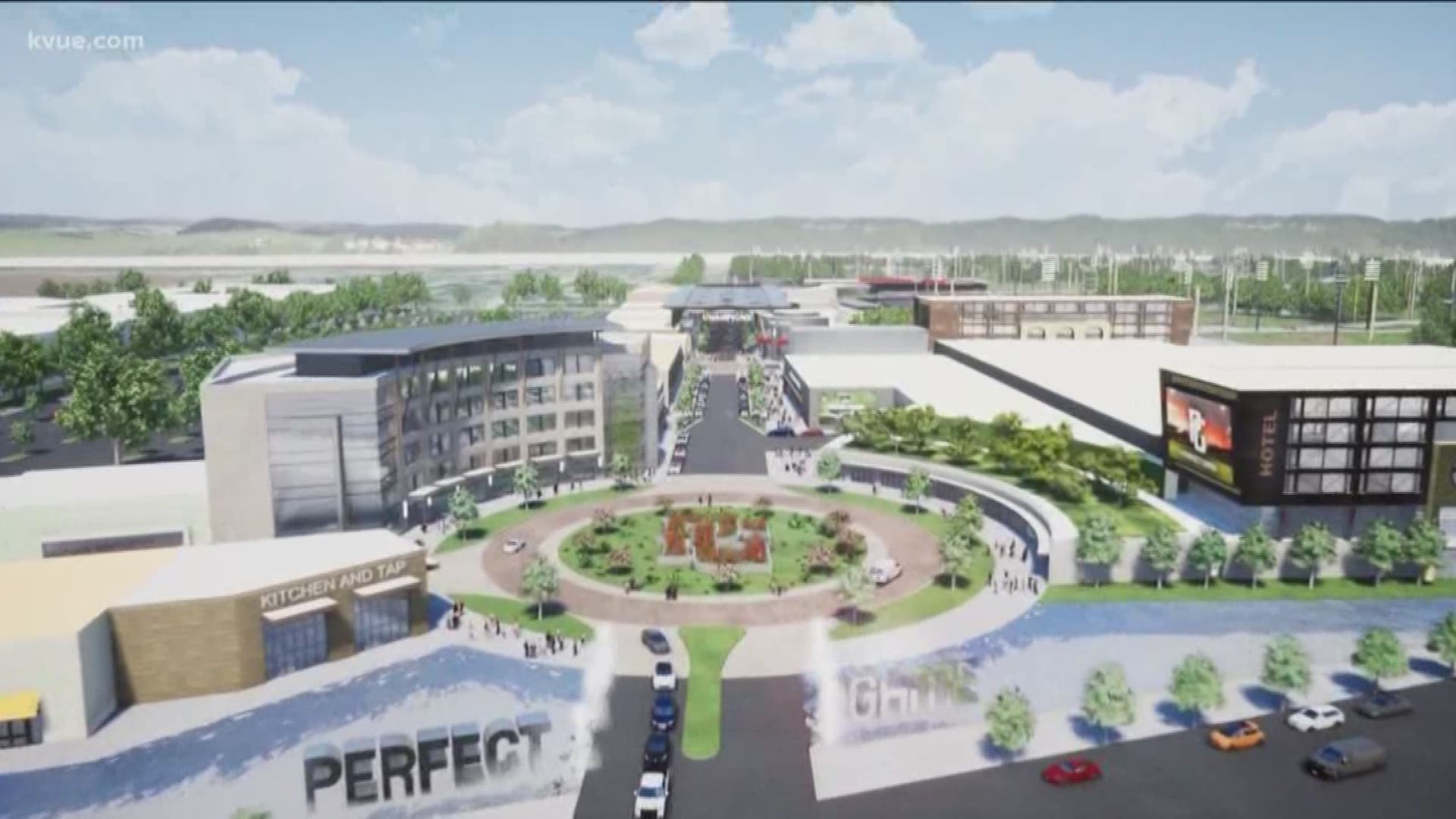 AUSTIN, Texas — It was a grand plan called the biggest economic development deal in Hutto's history.

There was a plan in place to build an indoor sports center and convention hotel, projected to bring $800 million in investments to the City.

When it was announced in April, there was a lot of excitement between the City and the developer – but the deal between them is dead and now both sides are suing each other.

On April 18, the City of Hutto announced there was a plan in place to bring the headquarters of Perfect Game, the "nation's flagship baseball scouting organization," to Hutto. This would include many different other commercial and residential businesses.

A part of this partnership involved an investor – Wolverine Interests, LLC, which is a Dallas-based investment firm. The City of Hutto hired this company to develop and help pay for the project. While the City's partnership with Perfect Game is still intact, the partnership with Wolverine has ended.

After firing Wolverine earlier in the month, Hutto filed a lawsuit on July 26 against the project's developer. The City claims there was a breach of contract and is looking for more than $1 million in damages.

Mike Shaunessy is the city attorney for Hutto, and he said the main issue with this partnership is a piece of land at Highway 79 and CR 132. The City agreed to buy this for the Perfect Game project, with an investor in mind. Shaunessy said when the time came to pay for the land, Wolverine couldn't.

Wolverine attorney Blake Beckham said the City selected the property before the company got involved. Beckham said this is a 72-acre plot of land that is unzoned farmland and that the City agreed to too high of a price for it to be worth it.

"The City bought this land, and Wolverine had no obligation to buy it," Beckham said. "It's not zoned right yet, and it's an extremely high price to pay for the farmland."

Beckham said Wolverine wanted more time to analyze the property, but the seller would not agree to the extension. Therefore, the seller and Hutto closed the deal with the City making the purchase.

Both Shaunessy and Beckham said that Wolverine asked for $5.5 million in escrow. Wolverine said this was needed as security for the purchase in case this deal fell through.

"When the city manager jumps the gun and buys the land too early, and it is farmland that is not zoned yet, and says, 'You guys buy the overpriced land,' guess what – if the bonds don't come in or Perfect Game doesn't commit, my developer owns a bunch of overpriced farmland in Hutto," Beckham said.

Shaunessy said this escrow "was not and had not ever been a condition of either the Purchase and Sale Agreement, the Development Agreement, or any other agreement between Hutto and Wolverine," according to the lawsuit.

"Wolverine did not come to us and say, 'We have a problem with overvalued land,'" Shaunessy said. "They just didn't perform. The fact of the matter is this is all after the fact, let's make up an excuse and let's try to explain away everything."

Soon after this disagreement, Hutto fired Wolverine as the developer for the Perfect Game project. Beckham said this was a very quick firing and is reflective of city manager Otis Jones' leadership, who is in charge of this deal for Hutto. He said the firing will take away a lot of the work his team has done, which is a part of why the company countered with a filing on August 26. Beckham is asking for at least $1 million for work performed and future lost revenue.

"When he fires us and doesn't give us an opportunity to cure, what are we to do?" Beckham said. "We spent hundreds of thousands of dollars, and here's where the decisions of the city manager hurt Hutto. Again, this project really needs to go forward, and all of the work we've done with architects, engineers, and civil engineers. With the planning, we own that work. Well, guess what? If they're going to get another developer in here and try to salvage the project for Perfect Game, which we hope, they've got to do all that work again."

Shaunessy said Wolverine was given time to make the purchase and couldn't do what Hutto paid them to do.

"They couldn't come up with the money to pay for the land," Shaunessy said. "If they got a million dollars worth of work in this, I'll come out and handwash and wax your car every day for a month."

Beckham also said Jones could be threatening at times and a bully, in the way he handles business. At one point in the counter lawsuit, Beckham writes, "Odis Jones used his ham-handed tactic of threatening to fire, rather than to work realistically with the civil engineer to benefit the project."

"His way to motivate, his way to push his agenda is to threaten people," Beckham said. "He'll suggest that we fire a contractor or a discipline. Sue them, push them out of the way. Terminate their contract."

Shaunessy said none of these issues were brought up before the lawsuit and that this is coming out only because there are lawyers involved now.

Beckham said even with these lawsuits, Wolverine would be willing to get back on this deal – just not with Otis Jones involved.

"You get somebody else running the project, and we will find a way to make it happen," Beckham said. "I was told that the sheet was ripped."

Shaunessy said the City has already come up with a new developer to partner with, and the City will be announcing that developer at an upcoming city council meeting.

'We've located another developer who is capable, competent and has the funding to move forward," Shaunessy said.