Democrats insist the new Texas voting bills, SB1 and HB3, would result in a modern version of Jim Crow. 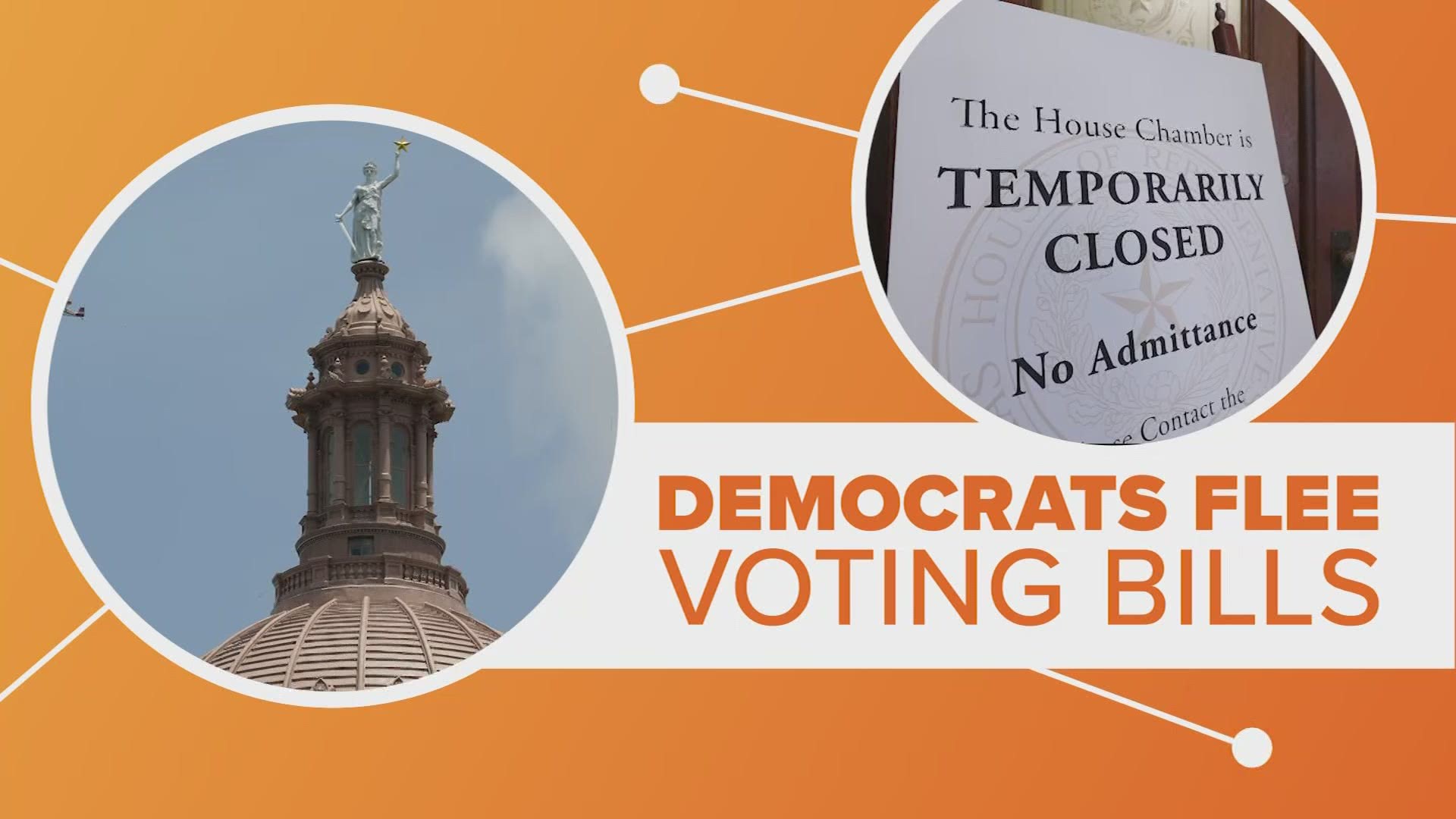 HOUSTON — Texas House Democrats ran to the U.S. Capitol to prevent new voting restrictions from being passed. So what is on the table in Texas?

There are actually two bills in Texas that would change some of the voting rules in the Lone Star State, Senate Bill 1 and House Bill 3. While the state senate still has enough people to get work done without the lower chamber there to sign off on legislation, it can’t go anywhere for now.

So what’s in SB1? It includes a ban on drive-thru voting unless the voter has a disability and needs to do curbside voting. Also a ban on overnight voting, it would require polls to only be open for nine hours between 6 a.m. and 9 p.m. Plus, if you drive three or more people to the polls, who are not family members, you would have to fill out a form with all your identifiable information.

House Bill 3 that was stalled by the Democratic walkout has a lot of the same provisions as the Senate bill. It would make it a state felony for local election officials to send unsolicited applications for mail-in ballots to voters. It also alters ID requirements for mail-in ballots. All of these changes were enough to drive Democrats out of Texas but even that drastic move may not be enough to stop them.

RELATED: VERIFY: Who's paying for Texas Democrats' trip to Washington?