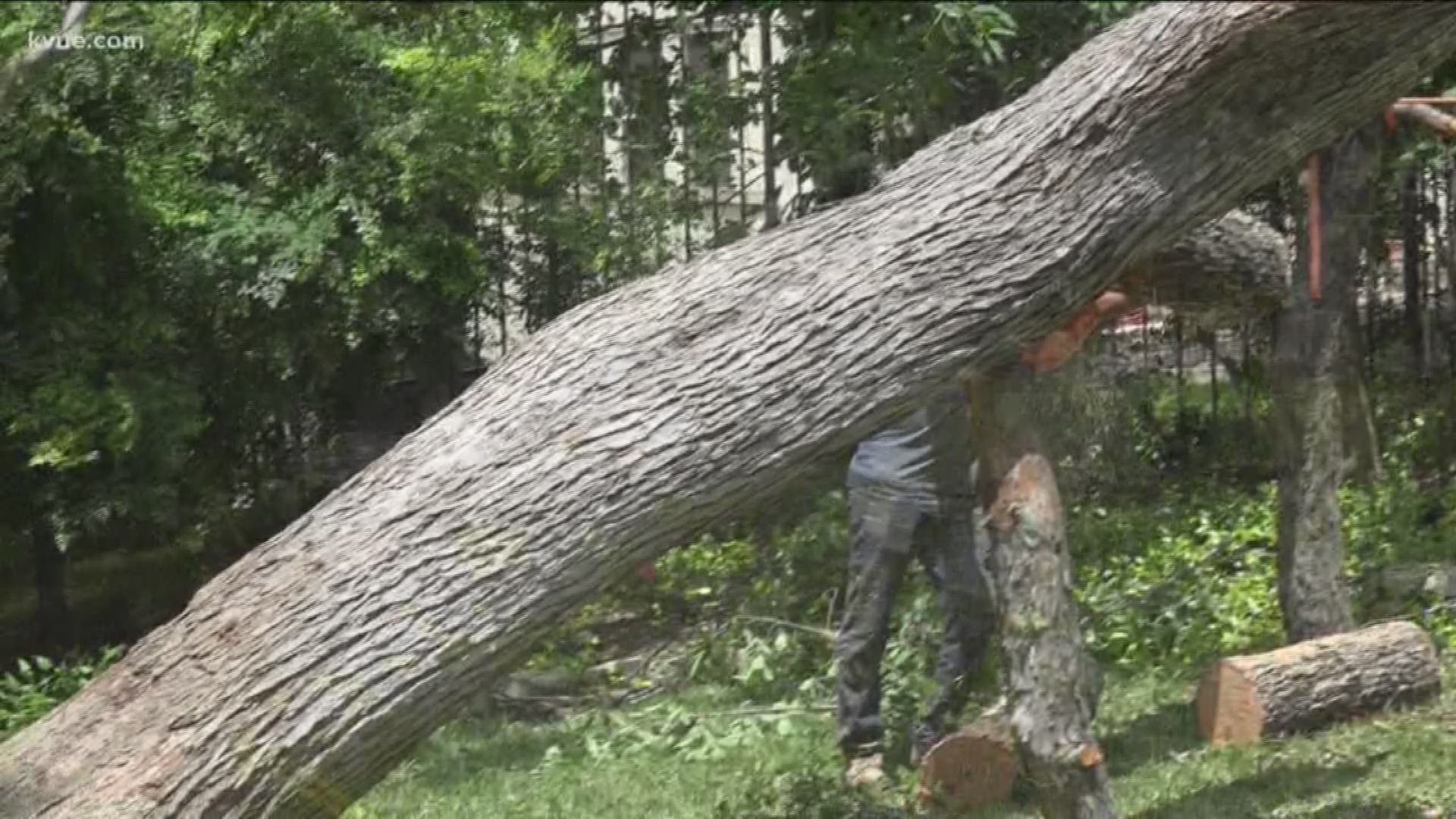 AUSTIN, Texas — Two children in East Texas died last weekend after a tree fell on their car during the storms.

Suarez said to take the weight off the extended branches of the trees.

“You want to thin the canopy a little bit,” he said. “Because the canopy is what catches the wind and twists the branches around."

He said hackberry trees, elms and pecans are the most likely to fail. Suarez said trees that have U-shaped branch unions are less likely to fall than if they are V-shaped.

Next, check the roots.

“You can tell, they’ll either look healthy but if they're bad, they'll look dark and mushy," said Suarez.

He said that the signs of a tree at risk will show up primarily in the canopy.

KVUE also talked to the City of Austin's Watershed Department about what it is doing to prevent creeks and streams from flooding onto roads.

“We have crews that go and look at all the potential sites that [have] flooded in the past,” said Ramesh Swaminathan, Austin Watershed Department interim assistant director. “We go and take a look at them.”

City crews have gone out to clear brush and debris from drainage sites. They went to Arroyo Seco earlier this week, among several other locations. Crews will also be on standby.

And, of course, officials ask you to be extra careful driving.

“If you're in the middle of the night and you don't know exactly if there's enough water, turn around because it's just not worth it," said Swaminathan.