How solar projects add to the Texas power grid

Ever since the winter storms in February, energy has been more on people's minds. That's why we've been taking a look into energy production such as solar projects. 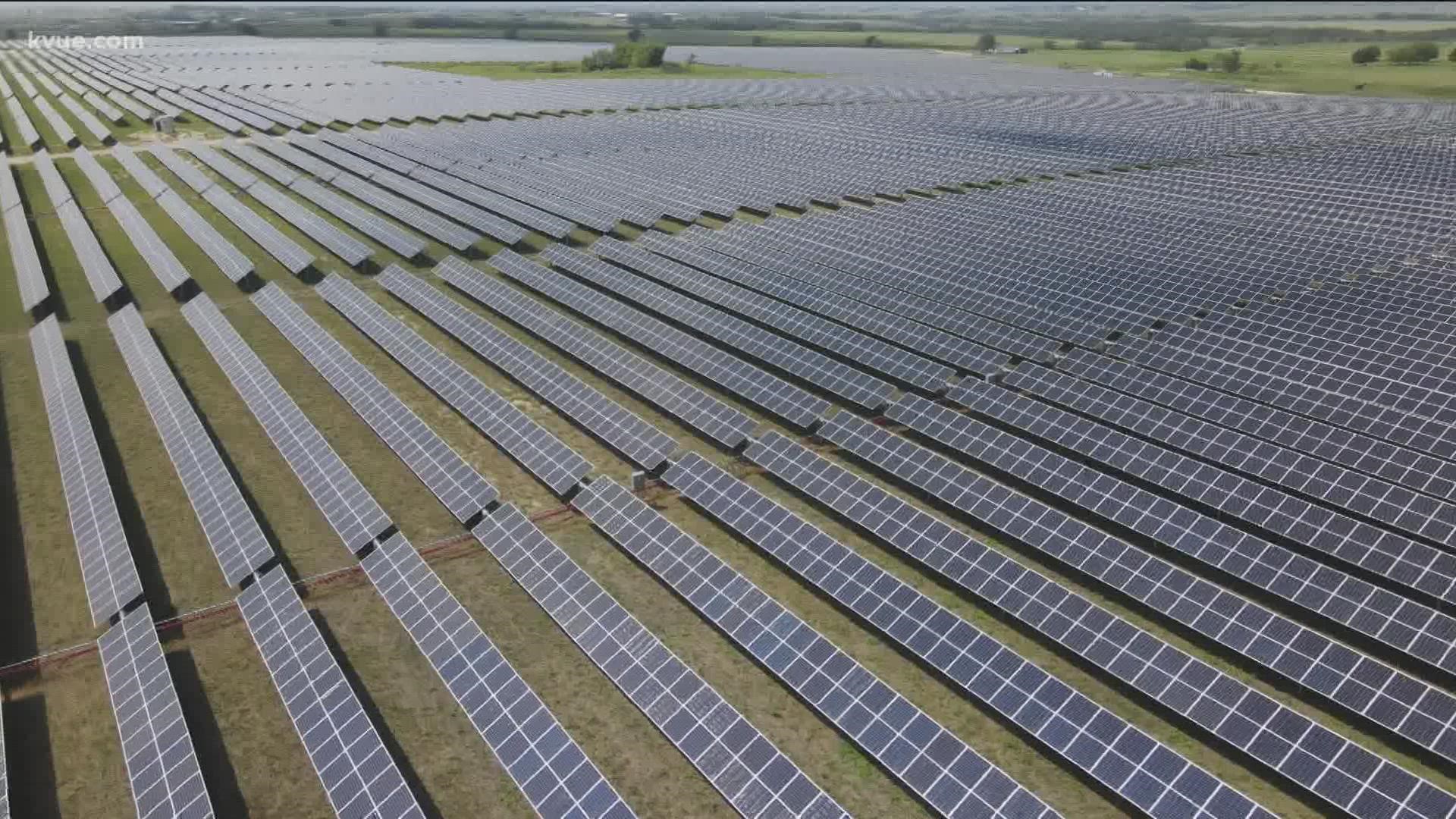 TRAVIS COUNTY, Texas — Energy in the State of Texas became a hot topic earlier this year, so we started looking into how power is made here.

This includes what might just be the most abundant resource in the world. At sites like the Pflugerville Solar project, panels are capturing the Sun's energy and creating electricity.

"This one is a little different than many projects that I've done are in the middle of nowhere for lack of a better term so it's all in one spot but this one we have landed on this side of the road and that side of the road," said Jason Gallimore, the project manager with Duke Energy, the company that runs the site.

"So it's enough when you look at it from a 'homes' perspective: 27,000 homes. Basically, it would provide enough electricity for a neighborhood of 27,000," Gallimore said. "You can see how they're angled. They're on an axis system that rotates with the Sun, so wherever the Sun is at, they'll rotate to get optimal. It's called a radiance, which is the amount of energy that is getting produced off these panels."

Inside each panel are a bunch of cells that create electricity.

"Each cell is about one to two watts of power," said Ann Frey, an engineer with Duke Energy.

"Cells are comprised of different materials that basically capture the energy that the Sun's producing," Frey said. "Which create the electrical charges that flow for energy."

"These solar cells already have an electrical field built into them, and whenever the Sun beams down, there's a reaction that occurs between the electrical field and the energy that's coming in," Gallimore said.

That electricity travels down wires to an inverter, which switches it to the right current to be used by the Texas grid.

"You can't see it but underground there's a whole bunch of cable that's basically underneath us that's routed all the way back to the substation over there," Gallimore said. "Yeah, 490,000 panels on the whole site, and the whole site is about 932 acres of land. And those panels are bi-facial and that's one of the interesting things about these panels on both sides they capture the sunlight."

The bi-facial panels increase the amount of energy the site can capture from the Sun.

"It's the most abundant resource," said Galimore.

If you're interested in any of our other stories about energy production in Texas, you can find wind here and natural gas here.