Some high-profile murders in the Houston area remain unsolved. Maybe you can help. 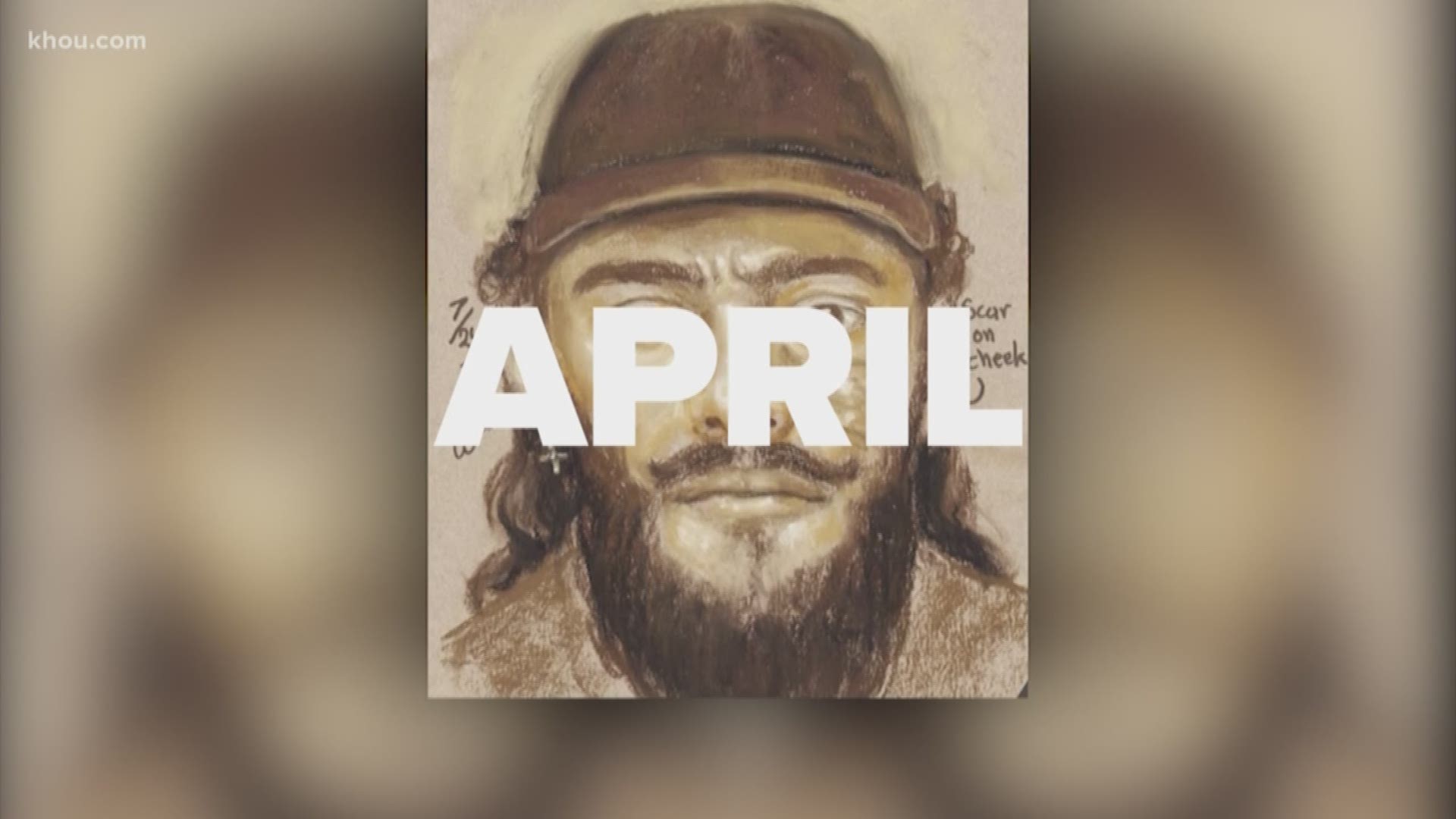 HOUSTON — Harris County deputies are still looking for Albert Simon, who they say shot and killed Carolee Dawn Taylor, 46, at her birthday party on Christmas Eve.

According to witnesses, Simon shot Taylor multiple times in the doorway of the home. She died at the scene.

While a suspect has been on the run for a matter of days, there are other cases across the Houston area that have been open for months. Here are some of them.

Elizabeth Barraza was setting up for a garage sale in Tomball on the morning of Jan. 25, 2019, when someone walked up to her, appeared to exchange words, and then fatally shot her.  There is grainy video of the shooting, though her killer has still not been caught. Barraza’s father said she was putting on the garage sale to earn extra money for a fifth wedding anniversary trip to Orlando. The couple was scheduled to leave two days later.

Back in August, there was mass panic at Memorial City Mall when a masked man jumped on a table, threatened to kill himself and threw down a bag. Two people were injured in the panic.  In the days that followed the chaos, police released surveillance video of a man they called a person of interest in the case, but to this day, there have been no arrests

Man accused of using chainsaw to dispose of girlfriend's body

A man is still wanted for murder in the case of a Houston woman. Maria Jimenez-Rodriguez, 29, has not been seen since dropping off her daughter with a babysitter on June 21, 2018.  Investigators believe 47-year-old Erik Arceneaux, her boyfriend at the time, is responsible for her death. They also believe he disposed of her body using a chainsaw and trash bags.

Detectives still need your help finding a man involved in the sexual assaults of four women working on taco trucks in southeast Houston. Police say just before 3:30 a.m. April 3, the suspect, who was armed with a pistol, forced two women to open a taco truck in the 4300 block of Telephone Road and let him inside. He then threatened the women and sexually assaulted one of them, police said.

Where is Lionel Moreno?

Houston police are still looking for fugitive Leonel Moreno, who they say caused a wreck that seriously injured two HPD officers who were driving along Telephone Road on Christmas Eve last year. Moreno left the scene on foot and has yet to be caught. After the crash, the vehicle that the two officers were in  caught fire, causing severe burns across their bodies.

These are just some of the cases police still need your help to solve. There are so many more.  Here's a link to Crime-Stoppers' unsolved crimes and wanted persons.