The Gregory family in Cookeville narrowly escaped the tornado that killed or hospitalized neighbors who lived in every direction from their home. 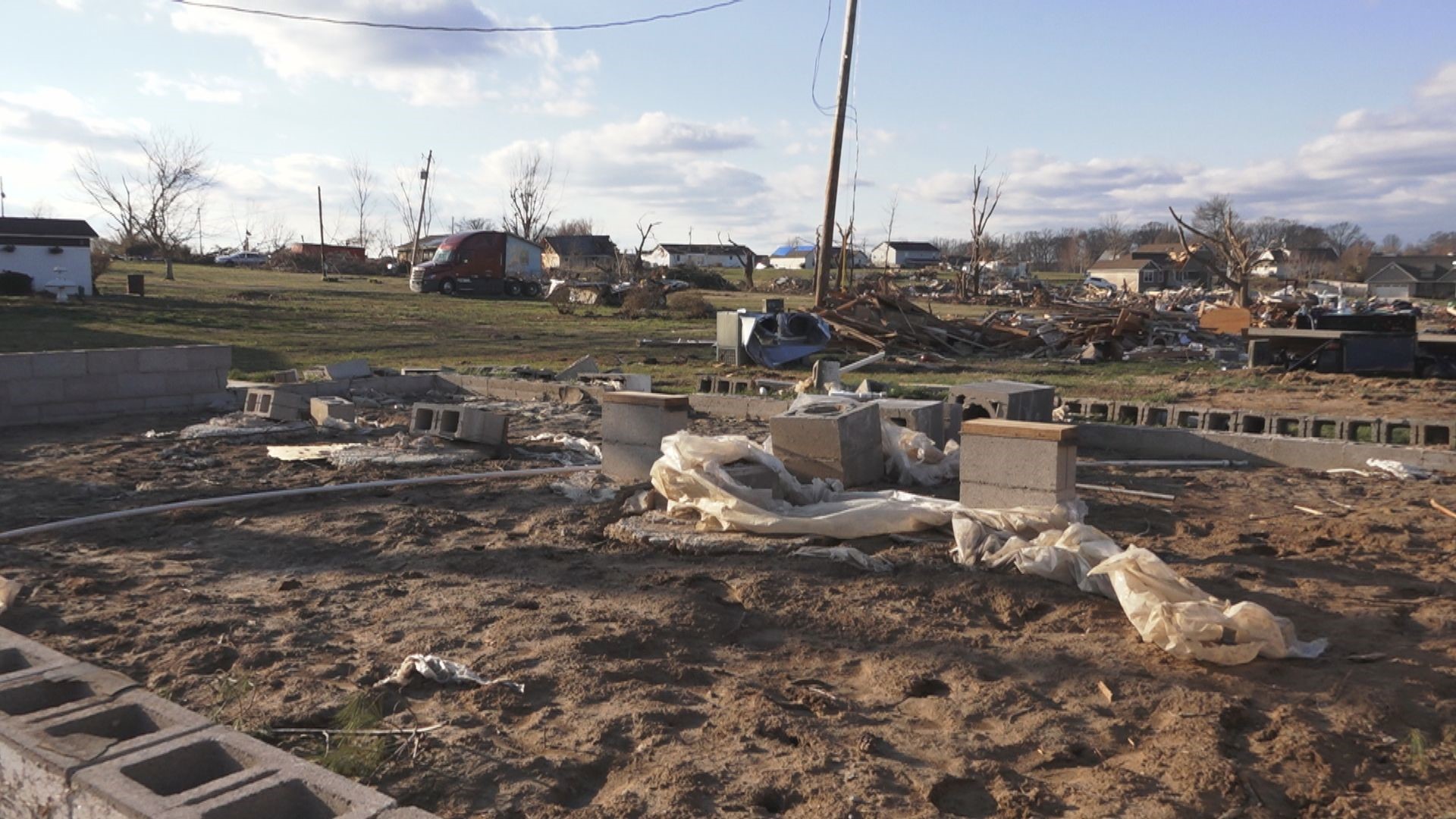 COOKEVILLE, Tenn. — A few miles west of Cookeville on McBroom Chapel Road, the home of Jean and Frank Gregory was shredded and splintered by an EF-4 tornado. But the couple escaped the storm without a scratch.

"My grandson sent me a message that a bad storm might be headed our way. I could hear the roaring wind, grabbed my wife off the bed, and covered her on the floor. A 2x4 flew through the wall into the mattress where she had been sleeping. We feel that we were protected by the grace of God and we're extremely thankful," said Frank Gregory.

The Gregory home is now missing its roof. The couple is missing their neighbors. Many were killed and others were hospitalized.

Credit: WBIR
Jean and Frank Gregory stand beside their home destroyed by a tornado near Cookeville.

"We've been here 40 years and were happy, seeing the children play. All of a sudden, some of them are gone. It's just heartbreaking," said Frank Gregory.

Directly next door, the only thing left is the foundation of a home that belonged to Matt and Katherine Mifflin. The couple were treated at the hospital and released with a variety of injuries, including large scrapes, cuts, and busted lips.  But the Mifflins remain in good spirits and shared photos of themselves making goofy faces at the hospital to put relatives at ease.

Photographs from the Mifflin home were launched so high in the atmosphere, they floated 60 miles before landing in Scott County.  Some items found in Scott County were from homes destroyed 120 miles away in Mt. Juliet.

Credit: WBIR
Before and after photo of the Mifflin home destroyed by a tornado outside Cookeville.

Images of pictures, pets, and other lost-and-found items have been posted on Facebook groups to locate the rightful owners.

A sentimental lost item getting a lot of attention is a favorite toy of a two-year-old girl in critical condition with a head injury. Harper Mynatt is in the pediatric ICU at East Tennessee Children's Hospital. Her father, Chad Mynatt, posted a photo of Harper holding a lost bear named "Lovie."

An identical bear was bought for Harper, but the original "Lovie" has not been returned to the family, according to Norm Curington. Curington is a coworker of the Mynatts at Manna Global Ministries and has posted regular updates on Harper's status.

Cookeville Regional Medical Center treated more than 80 people hurt in the storm. The hospital is yet to inform WBIR how many people remain in the hospital's care.

Cookeville Regional Medical Center announced none of the tornado victims will be billed any out-of-pocket fees for treatment.

RELATED: Mar. 5, 2020 - Strong Together | Voices from the Putnam County Twister