A group of Williamson County homeowners say their homeowners association is behind the times, and needs an update. 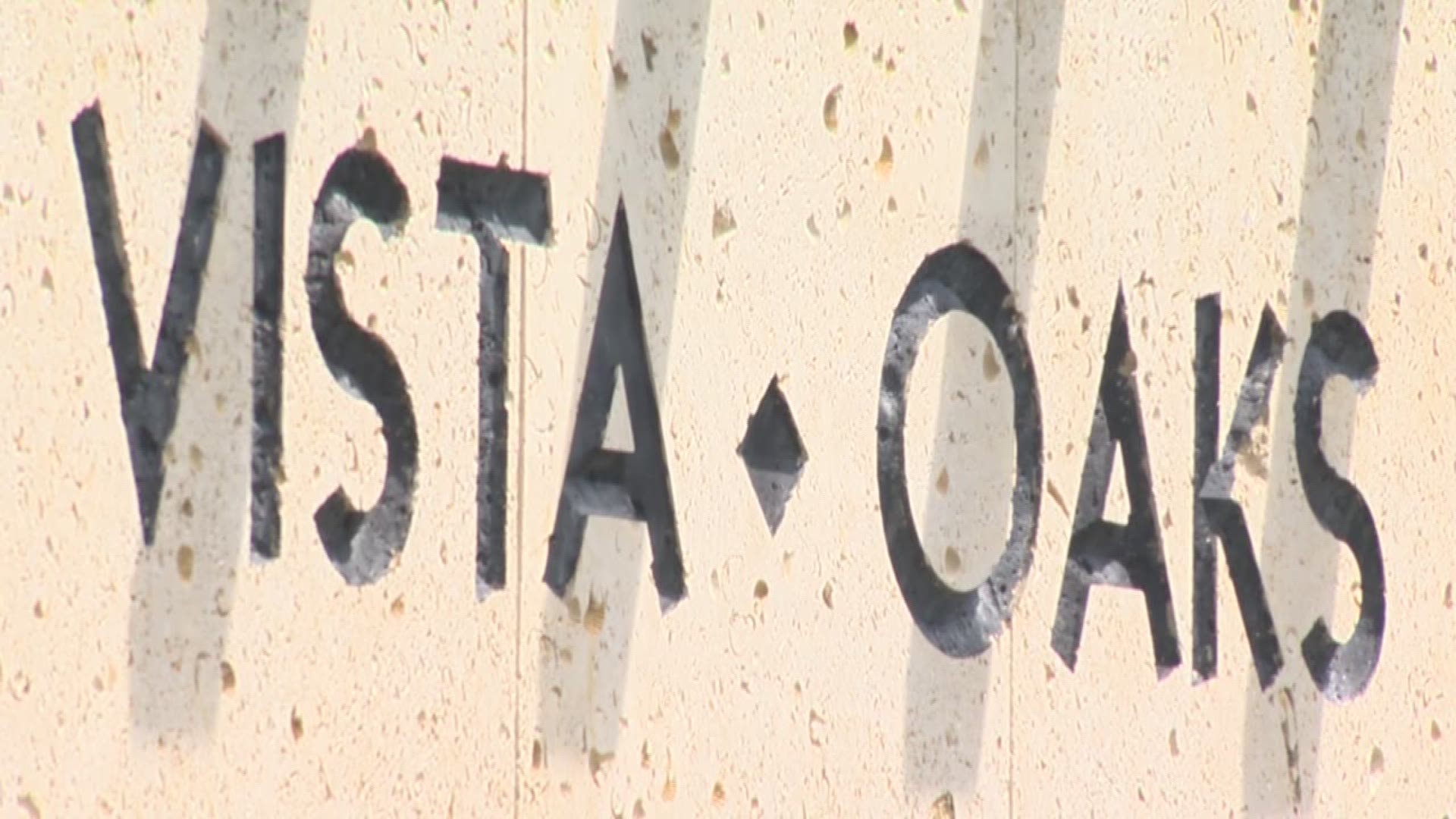 A group of Williamson County homeowners say their homeowners association is behind the times and needs an update. But the HOA said it’s up to their fellow neighbors.

Dianna Sells and her husband have a crate-free dog boarding business based out of their home.

"The business just took off -- people don't want to put their dogs in crates,” Sells said.

Sells is a former professional counselor and teacher, but couldn't find a job when they moved to Round Rock to be closer to family.

So, she opened the dog boarding business.

She's won a Best of Round Rock award for the past two years, and she said she’s even in the Round Rock business hall of fame.

But now, the Vista Oaks HOA told her the home-based business needs to go. They claim it violates the rules, which don't allow any in-home business.

If she doesn’t close, Sells said the HOA told her she will get a fine of $200 per day.

But she said her neighbors support her business.

"Every one of my neighbors supports us, they'll come right out and tell you. You wouldn't even know we had a dog there,” Sells said. "We may have one puppy dropped off every two or three weeks, so we don't have a flow coming and going to our home.”

Sandra Perry has lived in the neighborhood for 17 years. She’s had a licensed in-home daycare called Perrywinkle Daycare for about four years.

She said the state allows her to care for up to 12 children, and that she currently cares for three children and her grandson.

According to Perry, she operates from 7 a.m. to 6 p.m., and hasn’t had complaints from her neighbors.

But the HOA also told her to close up shop.

"I was told to close in seven days,” Perry said.

Perry said she's looked up dozens of other in-home businesses in the neighborhood. She’s found a wide variety, from churches to hair salons to a gym.

"A lot of these people started their business after the recession -- they didn't know what to do,” Perry said.

She said the recession forced people to depend on themselves for employment.

"Countless people that absolutely lost their business, lost houses -- it was at that time we realized your number can be at any day at a business. And that's what happened to my husband. He worked there for over 10 years -- his number was up. At least when you have your own business, there's a possibility," Perry said.

That's why they say the HOA's rules need to change.

"We have laws that we've had for over 25 years -- outdated laws. Twenty-five years ago versus our technology is a huge difference,” Perry said. "Our laws are very vague. They need to go back, our HOA needs to go back (and) rewrite those laws.”

"They need to be reviewing and updating these laws and bringing them current,” Sells said. "What I would like to find is a middle ground with the board,” said Sells.

She suggests a few changes that would allow some businesses.

"State that you can have one client come and go at a time -- that's fair,” Sells said. “Even if I didn't run the pet business, my profession is a professional counselor. I can't do that out of my home, because I would have a client coming. Your friend would come for coffee longer than that."

Sells said they also want to change the process, making sure homeowners sign off on the HOA rules before closing on a house. Both women said it was a hectic time, and neither saw the HOA rules.

"I couldn’t tell you my name at that time,” Perry said.

"They stated, these are just for your review -- these are their exact words -- no action needs to be taken,” Sells said. "I would never have started a business if I thought it was illegal -- we weren't hiding it."

Sells said that would have been a different story if she was required to sign a document.

"Are you kidding? I would have sat down and read them line by line, but I was told no action needed to be taken,” Sells said.

KVUE reached out to the Vista Oaks HOA, and they referred us to their lawyer, Alex Valdez with Winstead Attorneys.

He told KVUE the board just implements the rules that have been agreed upon by the residents.

He said they would need two-thirds of the HOA members to agree in order to change the rules.

He sent KVUE a copy of the HOA’s declaration which states in part:

“No lot shall be used or occupied for any business, commercial, trade, or professional purpose either apart from or in connection with the use thereof as a private residence, whether for profit or not.”

He also sent us the following information:

What is an Association?
Residential subdivisions typically feature property use rules (“deed restrictions”) that apply to property in the subdivision and amenities or common area property that must be maintained. Such matters are usually handled by a property owners’ association.

Vista Oaks Owners Association, Inc. (the “Association”) is the non-profit property owners’ association responsible for managing Vista Oaks for the benefit of its owners. The Association is managed by an elected Board of Directors.

What is a Declaration and how is it amended?
A Declaration is a document that contains deed restrictions. It is filed with the county clerk to provide notice to future owners that certain rules apply to property in the subdivision.
The Declaration for Vista Oaks was filed with the Williamson County Clerk in 1990 and, under Article 9.03, can only be amended by the approval of at least two-thirds of all owners.
The Declaration provides, at Article 6.02, that Lots are to be used and occupied for single-family residential purposes only and “[n]o Lot shall be used or occupied for any business, commercial, trade, or professional purpose . . .” This is a restriction that is consistent with municipal single-family zoning requirements, and similar restrictions are found in most residential deed restrictions.

Does the Association wish to respond to the Owner’s allegations?
Under Section 209.005(k) of the Texas Property Code, the Association may not disclose information about a particular owner’s deed restriction violations. Accordingly, we are unable to comment on any specific situation.
However, it should be noted that the Board of Directors of a non-profit corporation is generally required to act with ordinary care and in a manner the Directors reasonably believe to be in the best interest of the Association. In discharging his or her duties, a Director will generally enforce lawful rules and avoid governing in a way that effectively rewrites the Declaration without the requisite member vote. The Association and its Board of Directors will continue to enforce the lawful rules in the Declaration for the benefit of all Vista Oaks owners who chose to live in a deed-restricted community.

Now, Perry said she’s looking to potentially move out of the neighborhood while Sells is still fighting her battle with the HOA. She will have a hearing in front of the HOA on Aug. 29.

Sells wants existing businesses such as her dog boarding business to be grandfathered in.