The plan is to have 84 RVs nearby and homeowners are worried an RV park could damage the water quality of Hamilton Pool. 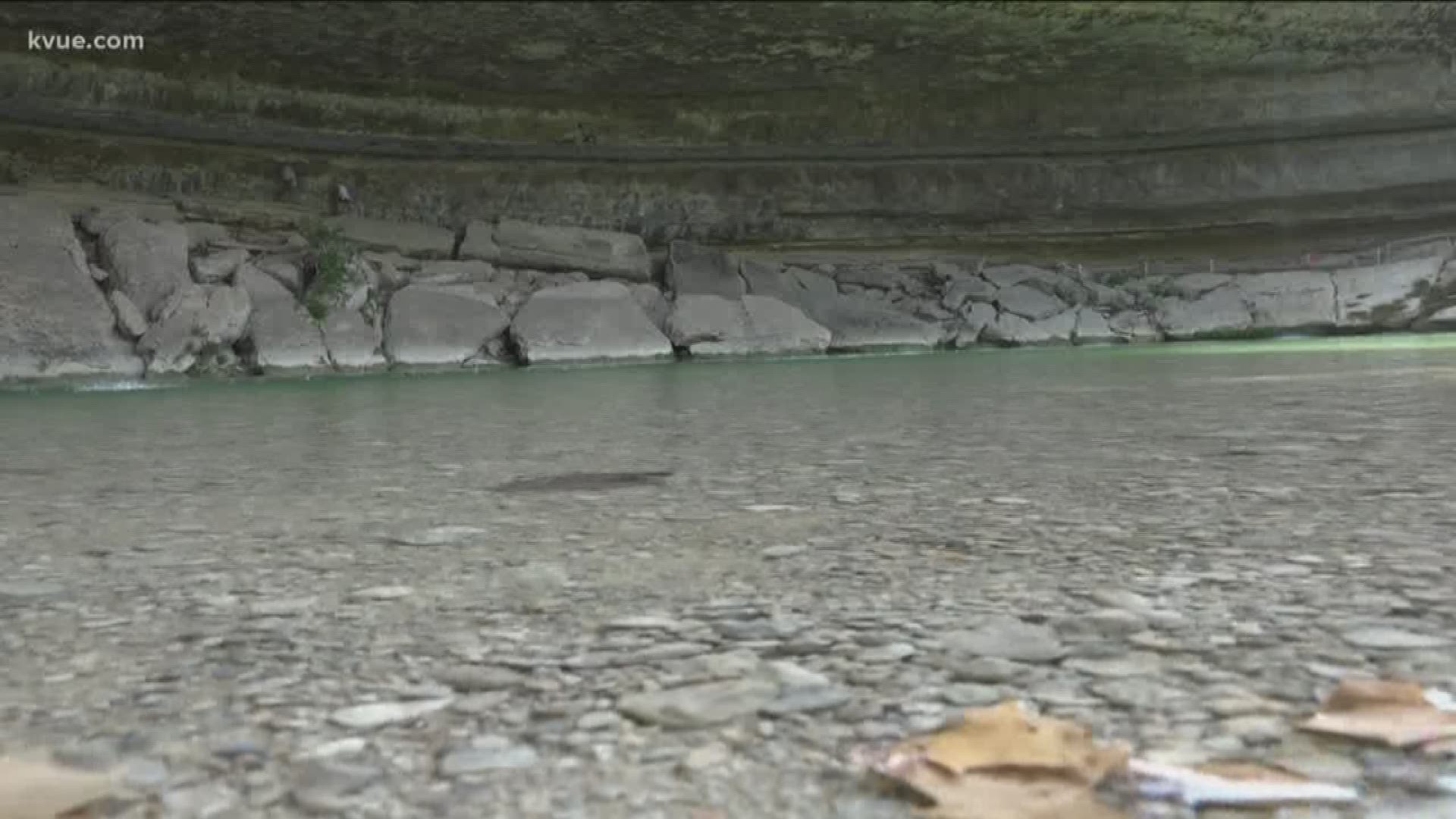 DRIPPING SPRINGS, Texas — Homeowners are vowing to continue their fight against a development near Hamilton Pool, despite a very unproductive meeting this week with a group looking to transform an area near the pool into an RV park.

The RV park would be at the corner of Hamilton Pool Road and Stagecoach Ranch Road.

Homeowners are very concerned about how it could impact the environment long term. The plan is to have 84 RVs there, and homeowners nearby are worried an RV park could damage the water quality of Hamilton Pool.

“Ground pollution runoff just right off this hillside and into the creek and into Hamilton pool. The oils, cars and whatever are spilled in an RV development,” said Bob Adkins, who lives nearby.

"Without any commercial development, we already have seen the Hamilton Pool creek being polluted," said Angelica Johnson, who's also a nearby resident. "Every time it rains, we're up on a slope, it goes down the creek – trash, cigars, animal pollution."

The developers agreed to attend their homeowner association meeting on Tuesday, but some in the community tell us they didn't get anywhere.

"There was really no progress,” said Adkins. “They were certainly brave to come out. There was no one from the local community that supported having this RV park right here, at least at the meeting.”

The homeowners we spoke to feel the developers of Bentree RV Park don't know enough about the community's safety concerns, so they took the first step in communicating those concerns this week. They said the current permits are not enough to address the big development and protect the beautiful land they love.

We spoke to the developer earlier this week and Kristy Detree with Bentree Builders said they're meeting all the rules and regulations. Detree said it's going to be an upscale RV resort.

Travis County oversees Hamilton Pool and the county is reviewing the developer's permit application. Homeowners started this fight with a petition that now has more than 11,000 signatures.

In all, there are 40 acres that were for sale. Travis County has plans to purchase 30 of those acres. While that brings some sigh of relief, homeowners tell us they're still focused on that 10-acre RV park, hoping somehow they can raise enough money to buy that land back.