Service providers are spending time talking to people outside the ARCH and encouraging them to find shelter before they may be moved. 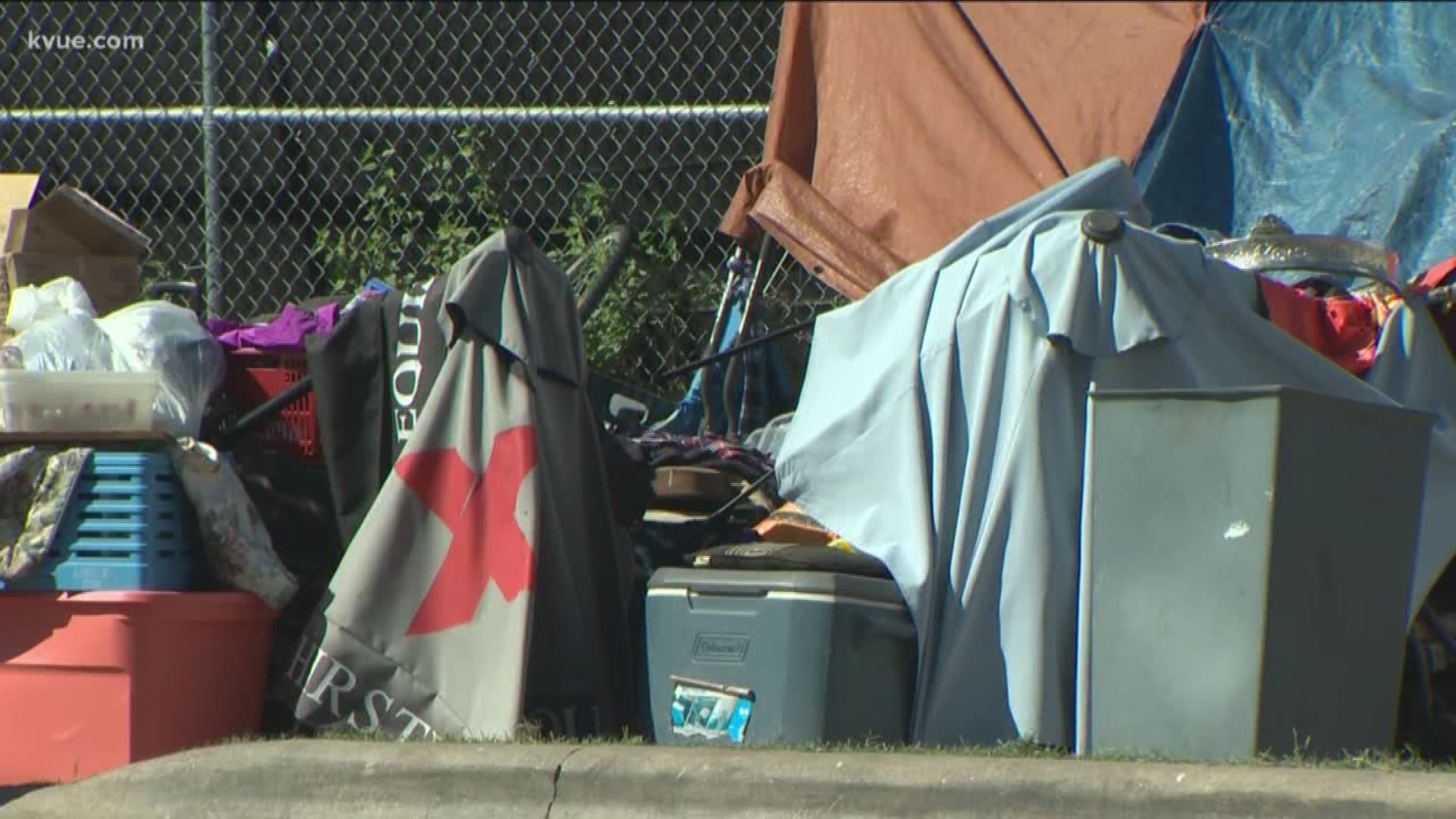 AUSTIN, Texas — The outside of the ARCH is expected to look a lot different next week.

The changes to the homeless ordinance are expected to go into effect on Monday, Oct. 28. One of the amendments included banning people from sitting, lying or camping outside the ARCH.

"I don't know where we're all going to go," said Susan Peake, a woman who spent her day sitting outside the ARCH.

Greg McCormack, the executive director of Front Steps, said he and other service providers, like the Homeless Outreach Street Team (HOST), are working to speak with homeless people outside the ARCH and help them plan their next steps, which he said would hopefully include finding shelter.

But he said not everyone wants to come inside. While everyone is different, McCormack said there are three reasons people typically point to as to why they refuse shelter – pets, possessions or partners.

"But if people have a place to store their possessions – their prized possessions, their IDs, their birth certificates, what they’ve got – then they are more likely to go to a job, to go to a medical appointment, to follow up on things," said McCormack. "If they don't have that, they probably won't leave, and that's why you see people that are camping outside who just stay there; they don't go anywhere."

He said Front Steps is offering people locked bins where they can safely store their items. McCormack said staff also just transformed a room into a place where animals can be safely kept.

McCormack said of the 81 people that agreed to talk to service providers and asked for some type of help, around 20 people wanted shelter.