Residents of a South Austin neighborhood say homeless people are stealing things off their porches and sleeping under overpasses just a few blocks away from their homes. 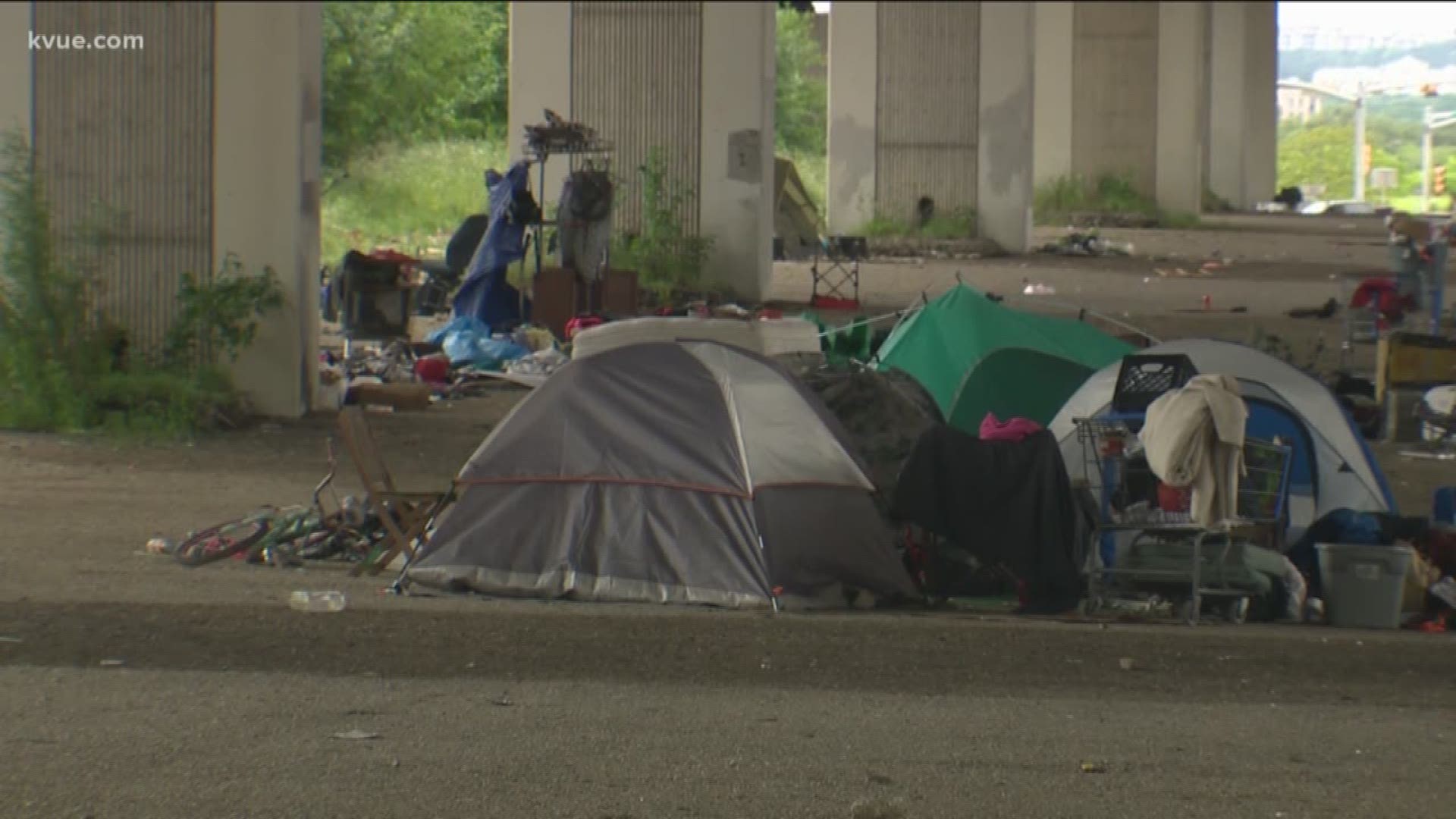 AUSTIN, Texas — Ashley Hammack has lived in the Western Trails neighborhood for about six years.

"It's always been an issue. But just recently, it's skyrocketed," Hammack said of the homeless population camping underneath overpasses near Ben White Boulevard and Manchaca Road.

She said homeless people are coming into the neighborhood and stealing items off people's porches.

She said it's a safety concern for her family.

"Somebody needs to clean it up and provide these people with something other than the downtown ARCH [Austin Research Center for the Homeless]," Hammack said.

Hammack said the city used to clean up the camps, but she said they haven't done so in a while.

"I feel like the city really needs to clean it up there because it's really just an eyesore," she said.

The Texas Department of Transportation said, "The city took over cleaning under the bridges and looking for solutions for the homeless as of March 1."

The City of Austin said, "For litter issues, we would ask that your viewer contacts 3-1-1. And if she wants to report a crime, then she should call 9-1-1. The City is working on a broader plan for clean-ups at a number of sites following the approval of this item by Council recently. We’ll have more information about this in the coming weeks."