"I think it's important to note that that camp has been there for years. It's not the only camp like that that exists in our city," said Adler. 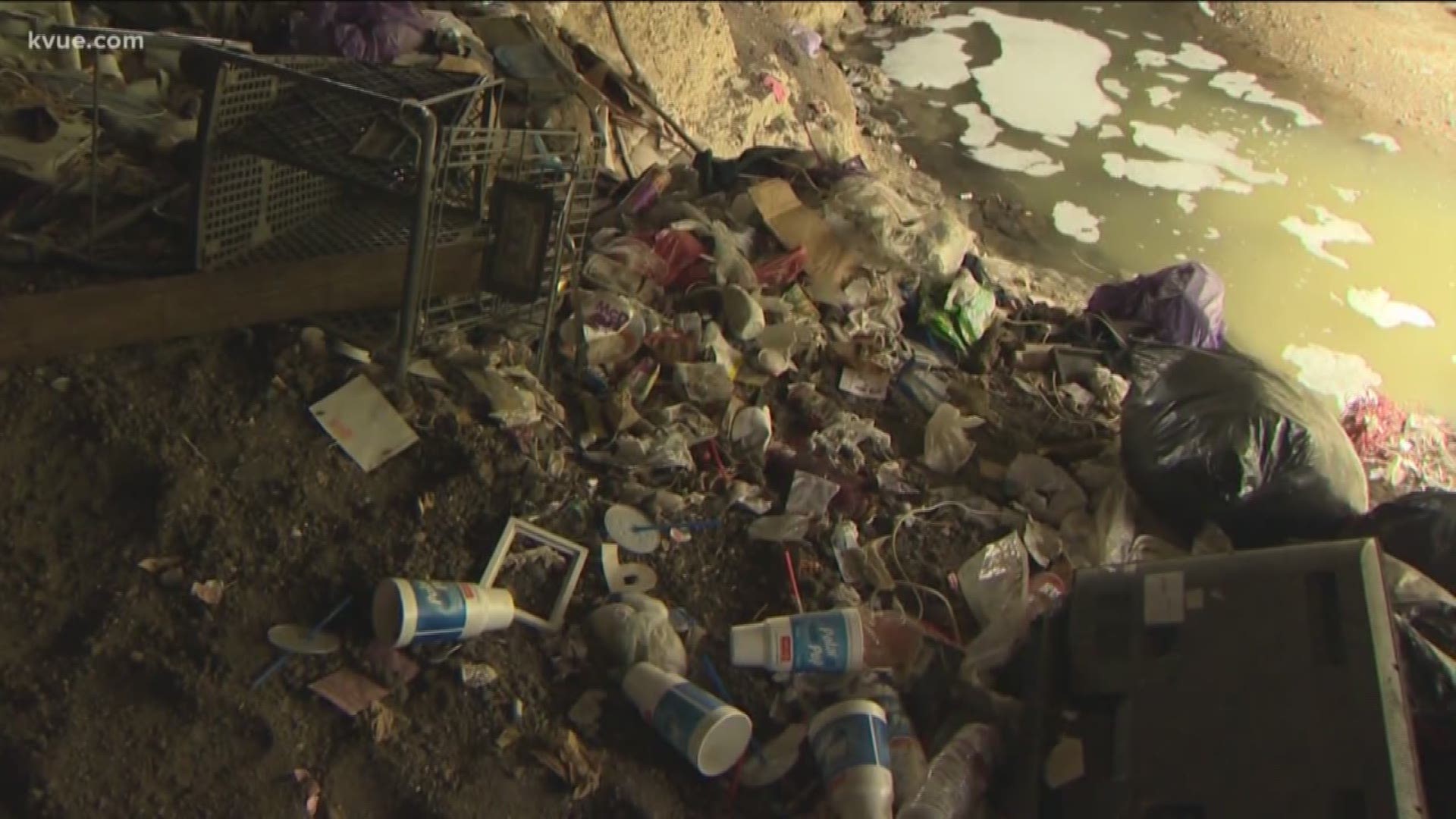 AUSTIN, Texas — At an Austin City Council meeting on Thursday, Mayor Steve Adler commented on a fire at an illegal homeless camp on Monday that shut down a road for hours.

"I think it's important to note that that camp has been there for years. It's not the only camp like that that exists in our city," said Adler.

Under city ordinances, it is illegal for people to camp in the tunnels underneath the Eastbound Anderson Lane Frontage Road since the spot qualifies as a flood risk area.

Reworkings of the City's homeless ordinances have caused criticism of Adler and the City Council.

Firefighters said on Monday that they've known about this camp for around 10 years.

The Watershed Protection Department said it will be cleaning up the camp it first learned about over the summer.

"Staff referred it to TxDOT, and they acknowledged it was their property," said Jose Guerrero, the assistant director of the Watershed Protection Department.

He said that after this happened during the summer of 2019, the Watershed Protection Department closed the case.

Guerrero said Watershed Protection crews were at a different campsite on Friday, Jan. 31, 2020. The site was downstream of the camp underneath Anderson Lane near U.S. 183 and Cameron Road.

Guerrero said that's when staff noticed the camp in the tunnels once again.

"In this particular case, timing is of importance. Our staff noticed this last Friday, Jan. 31, and already began the evaluation process," Guerrero said. "We’ve set up protocols to evaluate them against our mission area, again flood risk, erosion risk and water quality."

However, a spokesperson for TxDOT on Monday said the cleanup would fall to the City.

She said the "huge encampment" underneath the bridge caused issues for inspectors after the fire on Monday.

Firefighters also noted the extra difficulties brought on by the fire at the homeless camp.

On Tuesday, Austin City Council members discussed the fire at a work session.

Councilmember Natasha Harper-Madison and Mayor Pro-Tem Delia Garza said the City should work to include firefighters in the discussions about homelessness and camp locations, as they often respond to the camps.

"The size and scale of this encampment is a wake-up call to what happens when we uphold a system that treats our most unfortunate neighbors as pariahs who should be hidden rather than helped. Instead of pushing people who have fallen on hard times or who are struggling with mental illness or substance abuse to the most dangerous corners of our city, we should be providing the basic services they need to get back on their feet. We, as a municipality, are stepping up to that challenge and I welcome any and all constructive assistance from our community and from our partners at the state and federal levels."

The campsite is in Councilmember Greg Casar's district. KVUE reached out to Casar for an interview but was told he was not available.