This weekend, several organizations are working to transport unhoused people downtown and take them to the polls to vote in the election. 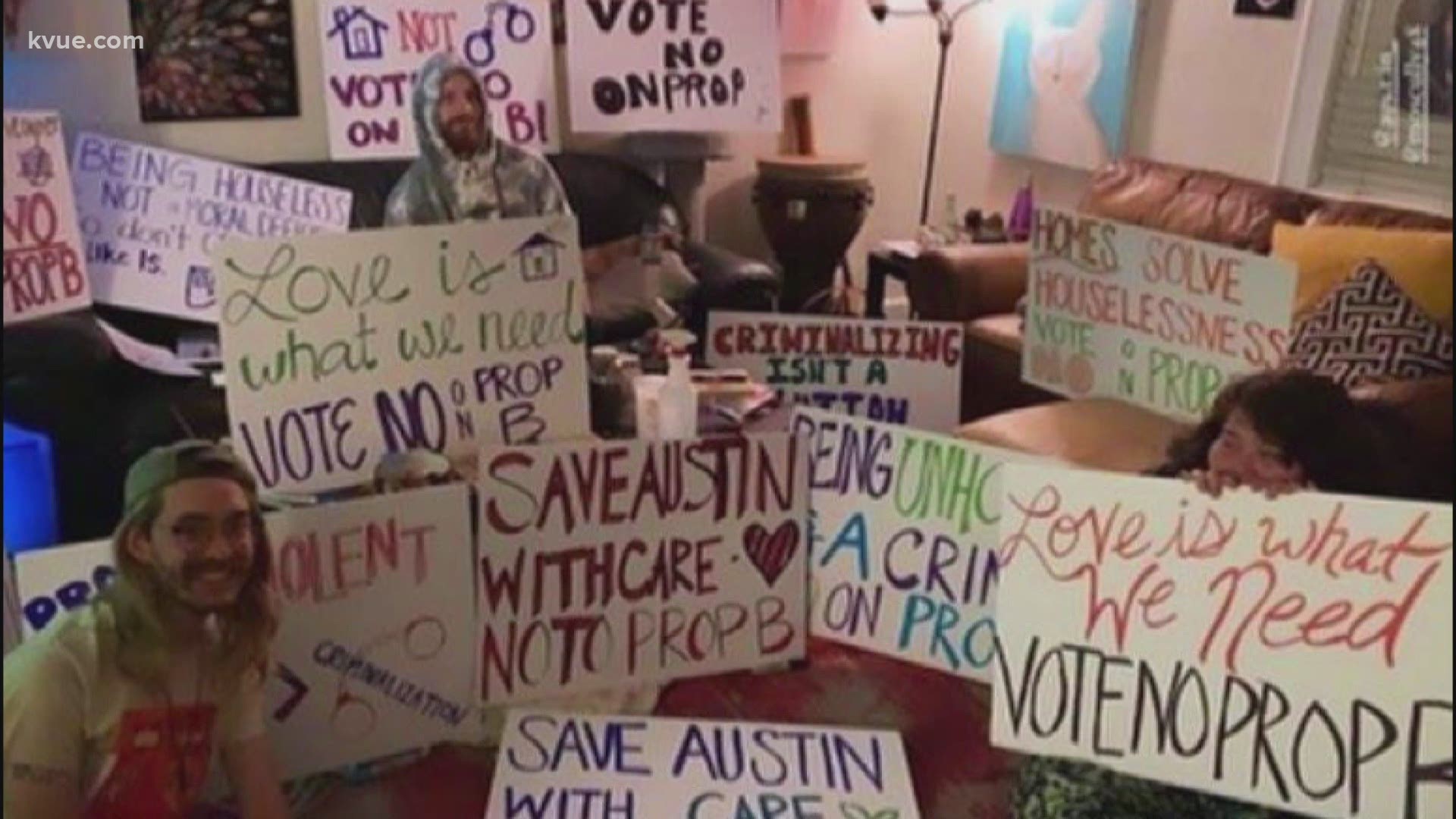 AUSTIN, Texas — Homes Not Handcuffs is one local organization that is driving local unhoused people to the polls to vote in the special election against Proposition B this weekend.

The proposition would ban homeless camping in public spaces throughout the City of Austin.

KVUE spoke with one volunteer who said they've spent the past several months working to get unhoused people registered to vote.

"We were actually working with the Travis County tax office, and they opened up some hours for us to bring people by to get copies printed out of their voter registration card so they can take that as a supplemental form of ID to the polls," said Jack Brehmer, a volunteer with Homes Not Handcuffs.

Other organizations have also been helping with the effort and working to make sure unhoused people have some form of identification and transportation this weekend.

"We have a number of other folks who are using their personal cars. We are trying to be mindful of COVID procedures with alcohol and masks, windows down. We've been going in pairs," said Brehmer.

Save Austin Now is an organization on the other side of the argument, in favor of the camping ban and voting in favor of Prop B. Volunteers have also been out this weekend doing outreach among unhoused people in Downtown Austin.