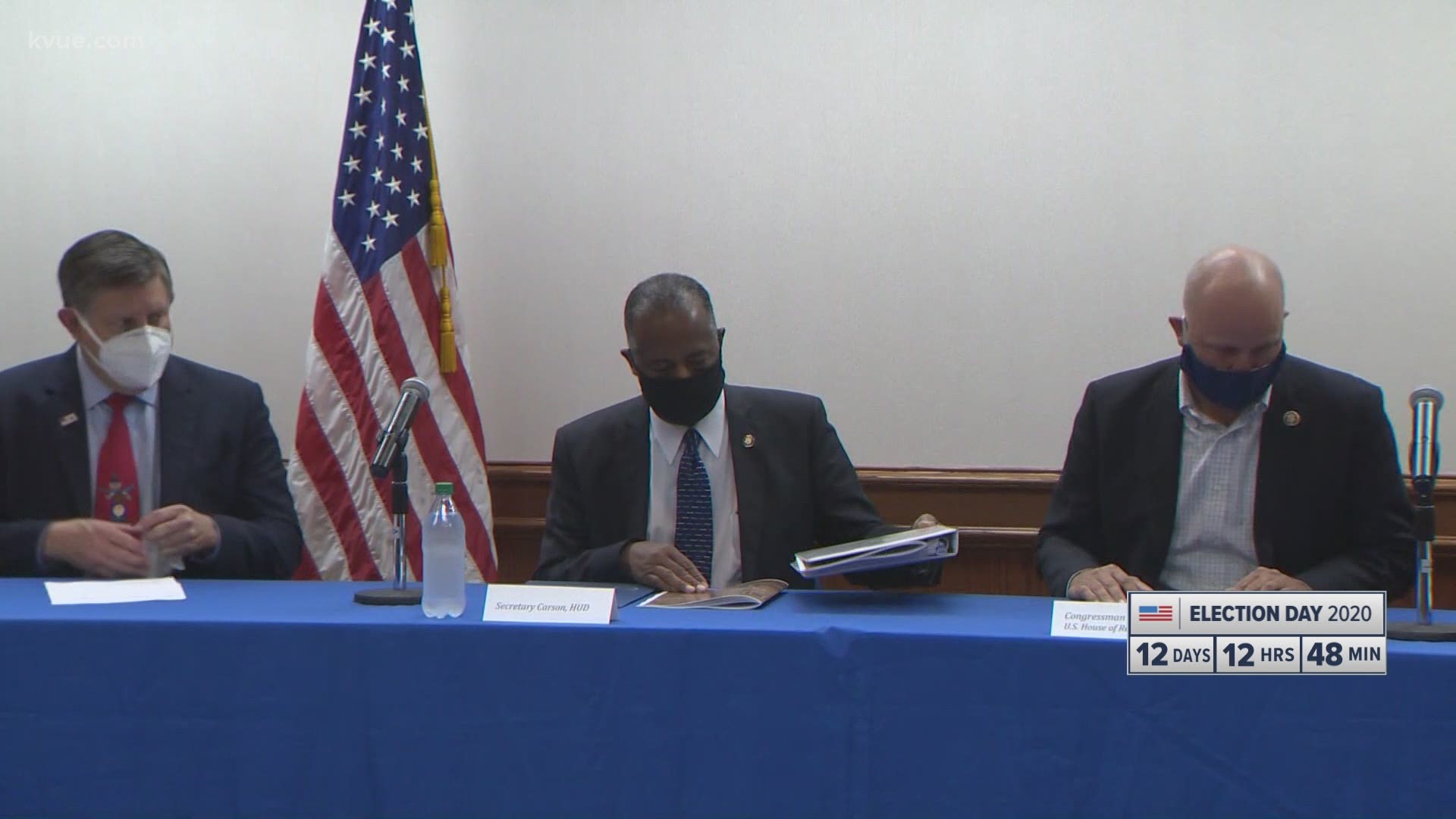 The USICH recently unveiled a strategic plan to reduce homelessness called “Expanding the Toolbox: The Whole-of-Government Response to Homelessness.” The plan shares strategies to increase self-sufficiency by considering homelessness beyond the singular issue of housing and instead focusing on the root causes for each individual and family experiencing homelessness.

The event was held at the Homer Thornberry Judicial Building in Downtown Austin.

While community leaders and lawmakers only discussed policies and possible solutions to homelessness, the event was not fully welcomed by the Democratic party.

Roy's opponent in the 2020 election, Wendy Davis, called it hypocritical.

"This taxpayer-funded campaign stop featuring members of the Trump administration shows Congressman Roy’s blatant hypocrisy: he opposed a COVID-19 relief bill to fund unemployment relief, paid sick leave, and funding to address homelessness. Congressman Roy can’t be trusted to keep Texas families safe amid this pandemic,” Wendy Davis said. “The Trump administration’s failed COVID response got us into this mess and Congressman Roy's insistence on pushing dangerous misinformation about the virus has made things even worse. Instead of taking decisive action, Congressman Roy downplayed the virus, dismissed the danger to kids and even spread conspiracies about the actual COVID-19 death count. But most concerning of all is that he continues to push the fringe theory of ‘herd immunity’ without a vaccine, which experts say would lead to 20,000 deaths in Travis County alone. The bottom line is this: administration officials parachuting in at the last minute can’t help Roy change the subject from his dangerous record on this deadly virus."

"Today’s event is nothing more than a taxpayer-funded smokescreen – a pathetic attempt to distract from Roy’s bizarre claims that the experts are wrong, kids aren’t at risk from the virus, the COVID-19 death count is inflated, and that we should all just voluntarily infect ourselves with coronavirus to build up ‘herd immunity.’ And if Congressman Roy wants to stand arm in arm with an administration that’s seen 220,000 Americans and 17,000 Texans dead from coronavirus on its watch, he can go right ahead," said DCCC spokesman Avery Jaffe.