The bill was amended to include a ban on cities using public parkland for temporary camps, a move the Austin City Council discussed this week. 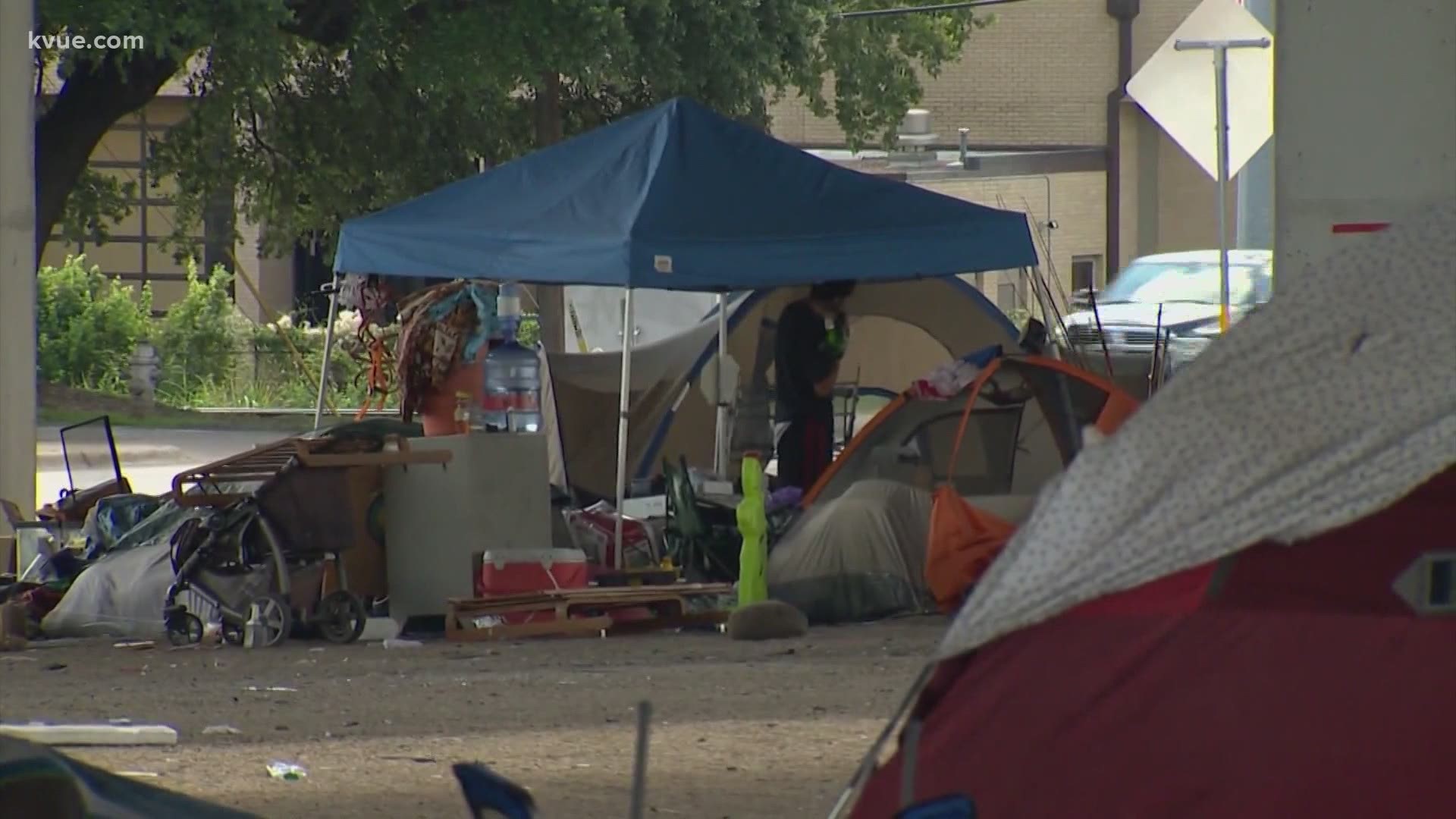 AUSTIN, Texas — The Texas Senate on Thursday passed House Bill 1925, a statewide homeless camping ban, with 28 in favor and three voting against.

Under the bill, people cannot camp in a public place unless authorized. Authorized camping includes camping for recreational purposes or if the property has been approved for sheltering people experiencing homelessness.

People who violate the legislation can be ticketed with a fine of up to $500, but only after the officer gives the person the option to leave, tells them where camping is allowed and educates them on resources available to help the homeless. The original bill passed by the House also allowed officers enforcing the law to arrest violators, but the Senate removed that provision. Now, someone can only be arrested if they are presenting a public safety threat or breaking a law.

If the person is arrested, HB 1925 requires the officer to either allow the person to take their personal property or store it until the person can get it.

In the House, the statewide ban was approved by a vote of 85-56, with most of the opposition to it coming from Democrats, although the legislation had sponsors from both parties.

The Senate bill was amended from the House version to include a ban on cities using public parkland for temporary camps, a move the Austin City Council discussed this week as it looks at possible designated campsites. The idea of using park lands was met with opposition from Councilmember Mackenzie Kelly, who said there are people in her district who are not able to enjoy green spaces because of homeless encampments.

If Gov. Greg Abbott signs the bill into law, it will take effect on Sept. 1.

In Austin, a ban on homeless camping has already been reinstated after Proposition B passed the May 1 ballot.

Since voters made their voices heard in the May election, City Manager Spencer Cronk has been leading the plan in addressing the ban. The proposition bans people from camping in public areas that aren't designated by the Parks and Recreation Department; sitting or lying on public sidewalks in and near downtown and the University of Texas campus; and panhandling at specific hours and locations.

Days after the camping ban took effect, the city manager presented to the city council a list of potential locations where homeless people may be able to legally camp within the city limits. The Austin City Council had previously directed Cronk to share a list of city-owned sites by May 14.

The rollout of the camping ban, which took effect Tuesday, May 11, will be implemented in four phases. Starting with education and community outreach among the homeless community, it will take several weeks before actual enforcement of the ban takes effect. KVUE broke down the four phases here.

Training materials have also been circulating among Austin Police Department officers in regard to how to enforce the camping ban.