On Tuesday, the Pflugerville City Council heard the first reading of some ordinances that would define what exactly "camping" and "panhandling" are, legally. 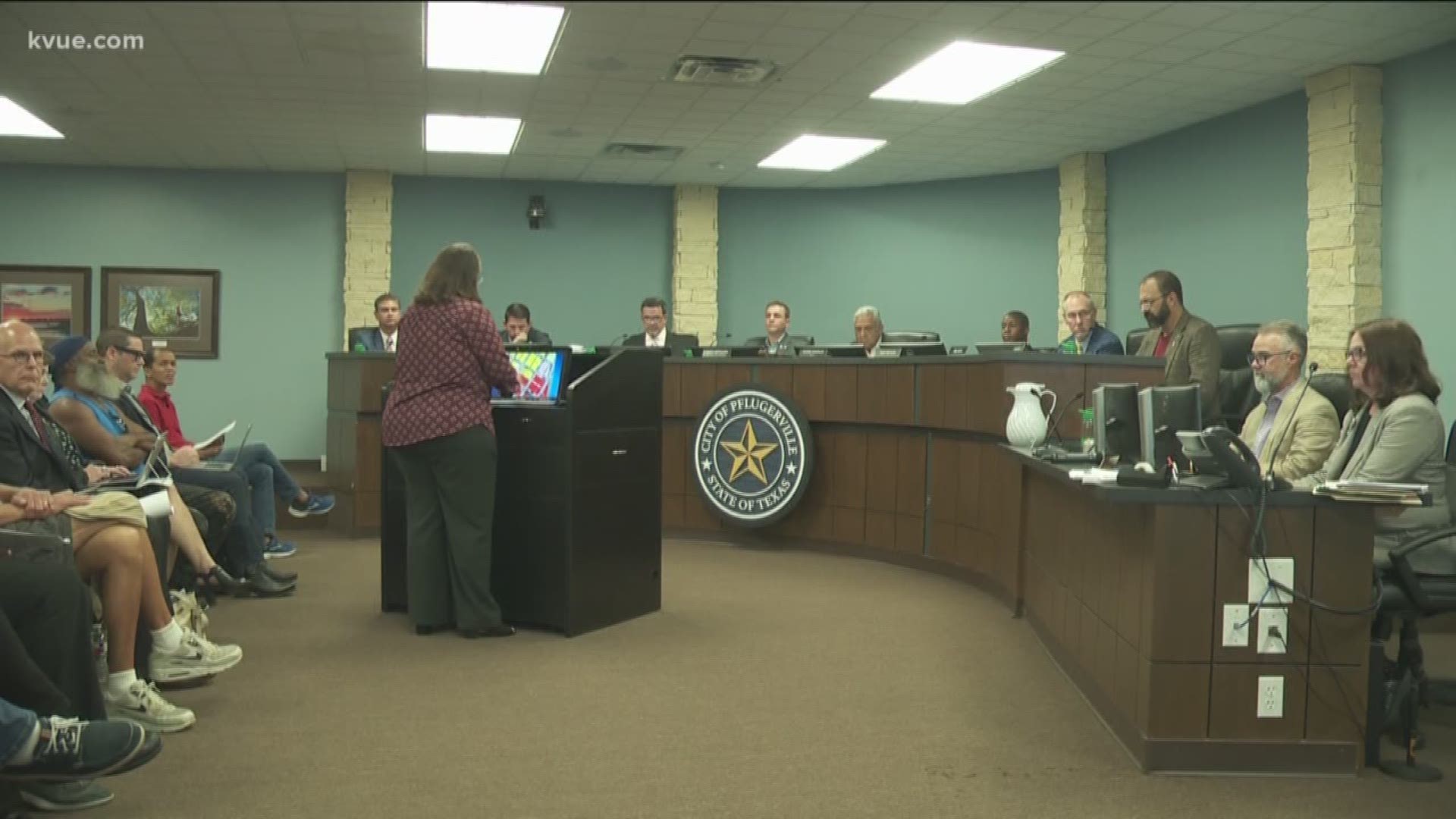 PFLUGERVILLE, Texas — Homeless ordinances have been a big deal in Austin for the last few months – but now another Central Texas city is working to clarify its rules related to the homeless.

On Tuesday, the Pflugerville City Council heard the first reading of some ordinances that would define what exactly "camping" and "panhandling" are, legally.

The city itself doesn't have a very visible homeless population, but council members want to clarify that it is illegal to camp in certain parts of Pflugerville. At the same time, they're also making clear that a child having a lemonade stand is okay – based on state law – but other forms of solicitation, like panhandling without a permit, are not allowed.

Last Thursday, the City of Austin rolled back some regulations regarding the homeless population.

"We had to get past this in order to be able to do what we need to get down," Mayor Steve Adler said.

Here's what changed: People can no longer camp on sidewalks, but sitting and lying are allowed. Camping, sitting and lying are all banned within a quarter-mile of the ARCH shelter in Downtown Austin, as well as the new shelter that will be built in South Austin. People also aren't allowed to camp within 15 feet of an entrance to a building or home or on land that is considered a wildfire risk.

KVUE took at a look at the homeless ordinances in a few other Central Texas cities. Georgetown doesn't specifically ban any camping around town, but ordinances in Round Rock and Buda ban camping in public areas. And Manor and Dripping Springs both ban camping in parks unless people get special permits.