Approximately 60 people will be offered temporary shelter on Thursday and Friday as the first step toward finding permanent housing through HEAL. 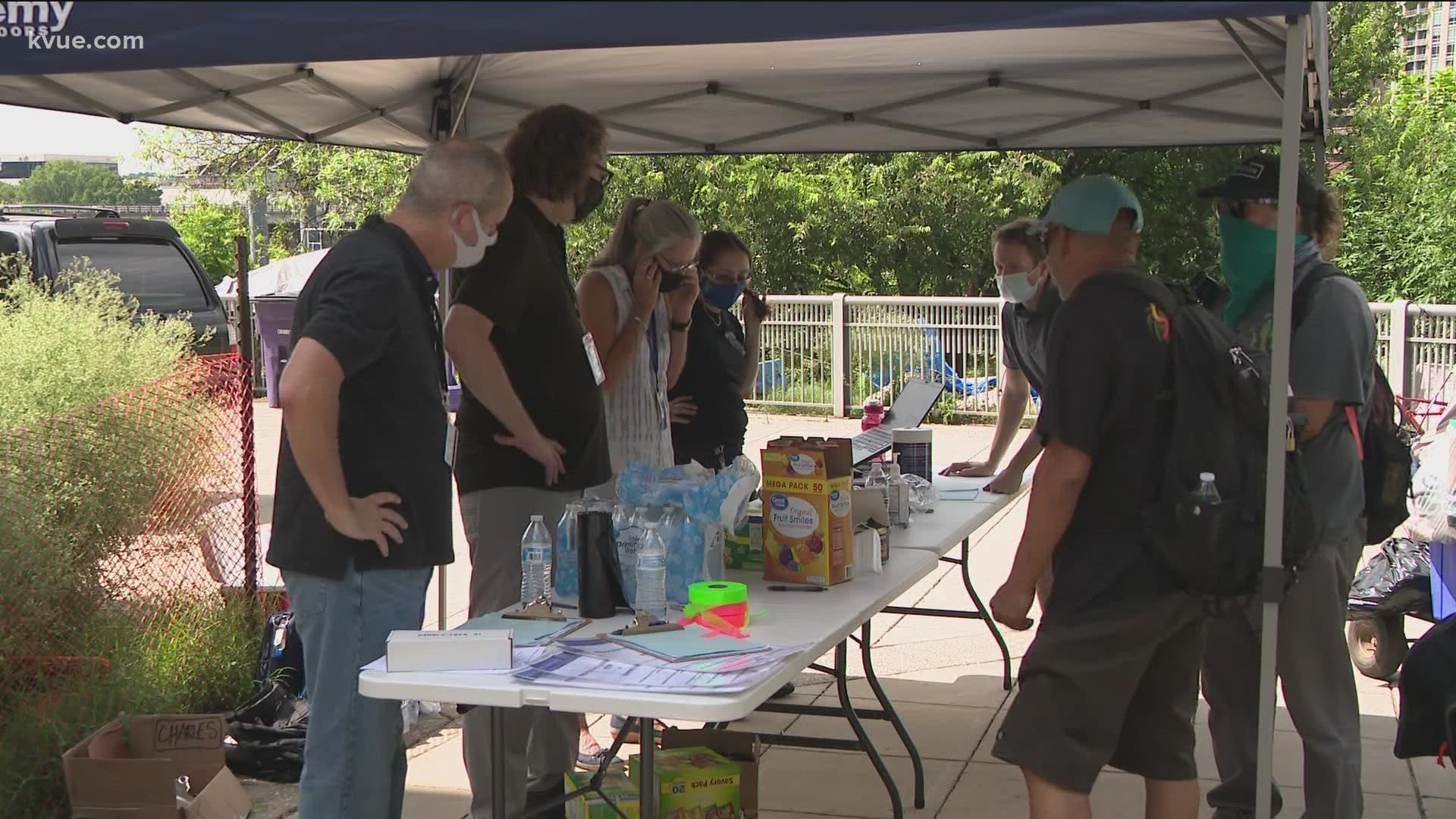 AUSTIN, Texas — On Thursday, the City of Austin began working with individuals camping around downtown’s Buford Tower to help them relocate to the Northbridge shelter.

Northbridge is the City’s newly converted bridge shelter and is the third site as part of the Housing-Focused Encampment Assistance Link (HEAL) initiative. This site is on City park land, and extends from the First Street Bridge to the southern part of Congress Bridge and from the south side of West Cesar Chavez Street to Lady Bird Lake.

Approximately 60 people will be offered temporary shelter on Thursday and Friday as the first step toward finding permanent housing through HEAL.

“By opening Northbridge and working to compassionately close this downtown encampment, we are helping many individuals take their first important step on the journey back to stability and permanent housing,” said City of Austin Homeless Strategy Officer Dianna Grey.

Austin is in Stage 5. What does that mean?