Austin police say within the past two months they received eight calls about homeless people sleeping inside of the 24-hour post office. 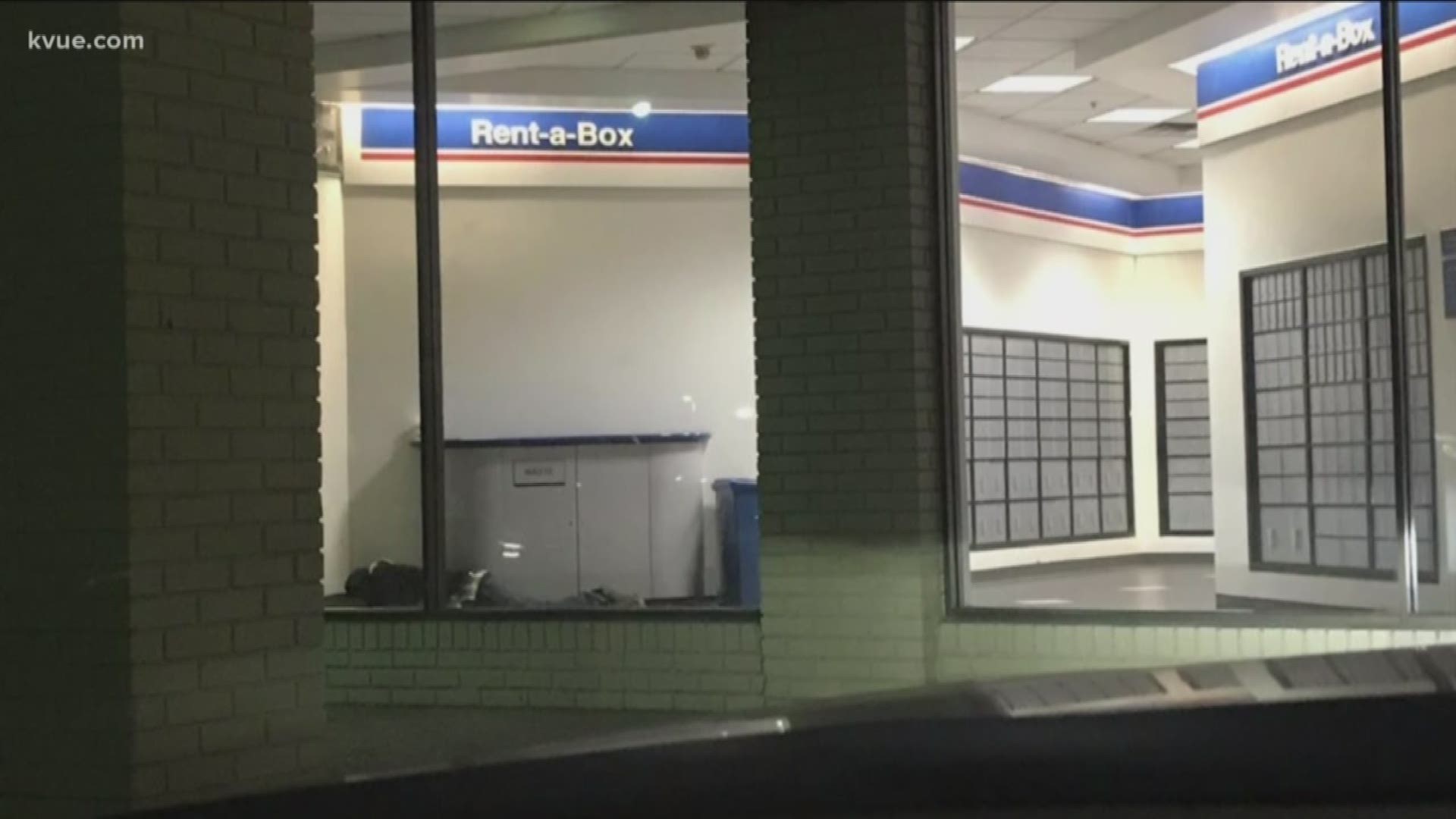 AUSTIN, Texas — On Friday, KVUE received photos of a homeless man sleeping inside of the U.S. postal office on Far West Boulevard in North Austin.

Austin police said they have received eight calls in the past two months about homeless people sleeping inside of the 24-hour post office.

The post office is 24 hours, so people can come in and check their P.O. boxes at any time. People who use the location at night said the homeless come in once workers leave.

Police said because the post office is on private property, they cannot make the homeless leave without the manager calling and asking for them to be removed.

A photo of a homeless man sleeping inside of the US Post Office on Far West Blvd.

1 / 2
none
A photo of a homeless man sleeping inside of the US postal Office on Far West Blvd.

Austin police say this is an issue they are dealing with at other businesses in the city as well.

"It is what it is as far as people trying to stay warm and shelter in various places, said Sgt. David Daniels. "You just have to be mindful of what you may be walking into.

He added, "These are different times and you have to be prepared for any kind of situation."

Daniels said if you are worried about safety at this post office at night, bring someone with you. He said with this being a federal building he would not suggest bringing a weapon.

"The safety and well-being of both our customers and our employees is of the utmost importance to the U.S. Postal Service, and we apologize for any inconvenience this incident may have caused. Local postal management is researching the matter at this specific postal facility. Regarding our P.O. box lobbies, some of which are accessible 24 hours a day, seven days a week, the Postal Service places safety and security first. When we become aware of any issues, we work with local law enforcement and our Inspection Service to find a suitable resolution. This may include implementing 'no trespass' orders or modifying hours of access in our lobby. Each situation is unique and we make decisions to ensure the safety and well-being of postal patrons, as well as employees."

Last year, USPS had a similar issue at the Northcross Drive location. It decided to modify lobby hours to close earlier.

Coronavirus: Pet dog’s ‘weak positive’ may be due to environmental contamination