Has Austin's homeless population grown since the start of the pandemic?

Viewers reached out to KVUE about seeing more homeless camps in North Austin. Service providers say there seems to be a shift from downtown. 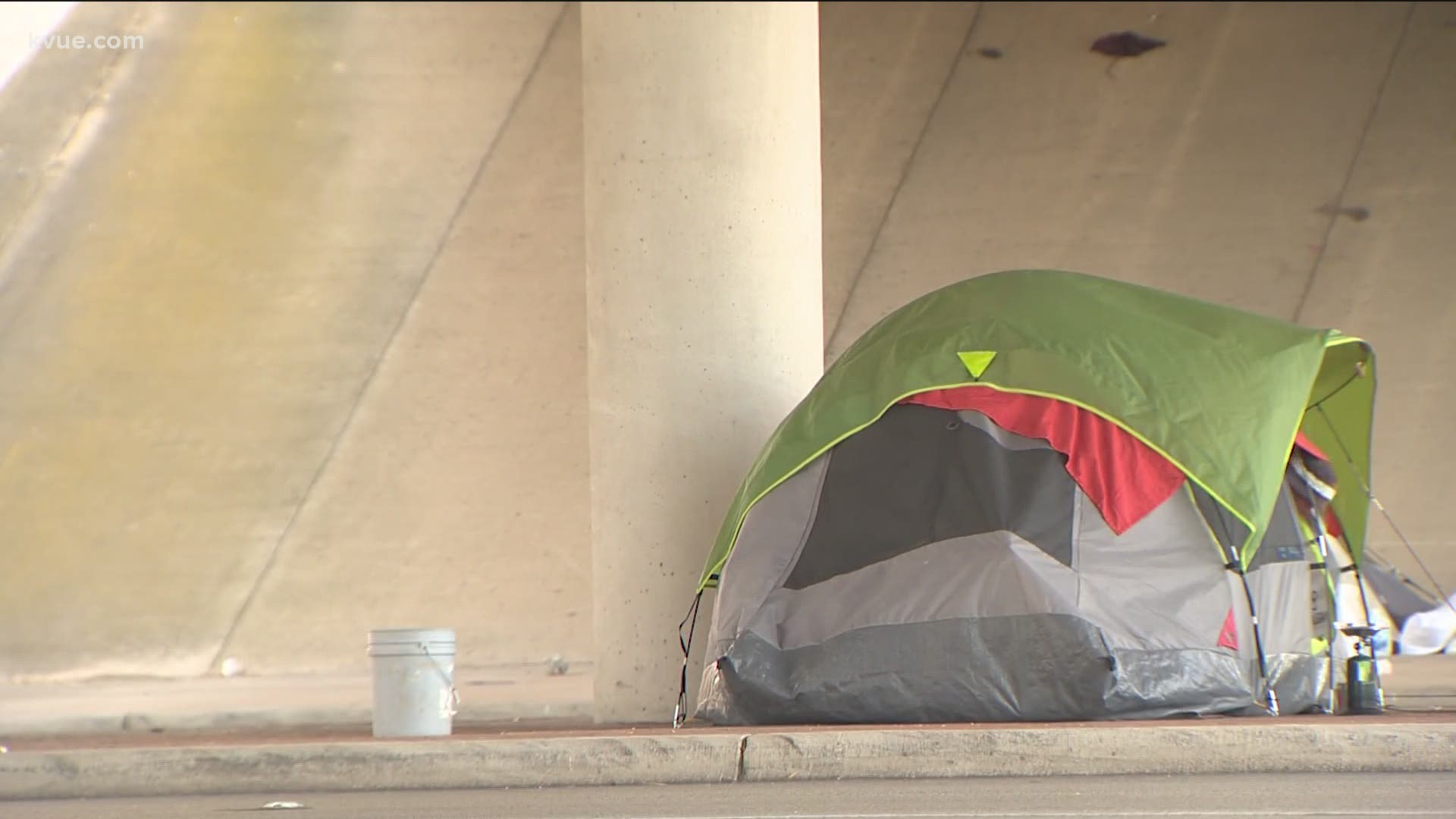 AUSTIN, Texas — Have you noticed larger or more homeless camps in North Austin? If so, you’re not alone.

"I just drove by Burnet Road today, and I couldn't believe how many tents were under there," said Leah Hargrave. "It looked like maybe 25 or 30? So that population has just exploded under there."

"Our experience has been that the population up north has more than doubled. On a typical Sunday, with Mosaic Street Ministry, we might serve 40 people, and we’ve been serving 80, 90, sometimes even 100 people on a Sunday morning," said Hargrave, explaining many of them are coming from the downtown area.

She said she believes people are needing services that may not be offered or widely available downtown. Hargrave said they’ve been supplying things like food and clothes each Sunday.

Mark Hilbelink, the director of Sunrise Homeless Navigation Center, agreed and also said some of the movement has been happening for years.

“I think that we’re seeing a continuation from what we’ve been seeing the past few years where a lot of people have been leaving the downtown area to come to parts of town that are a lot farther out,” said Hilbelink. “And I think some of that has to do with density. If there’s so many people, they want to spread out a little more. Nobody wants to live in an overly dense place.”

Hilbelink said, while many people have noticed an increase along the 183 corridor, especially in North Austin, they’ve noticed an overall increase in the people they serve.

He said many have become homeless because of COVID-19.

The City of Austin set aside hotel rooms for people who are homeless and at high risk of complications if they get COVID-19. They're called pro-lodges, and, as of Thursday, 285 people are staying in them.

Additionally, while the city resumed cleanups at some campsite in June, TxDOT said it has not restarted its underpass cleanups due to the pandemic.