Nonprofit that offers showers to Austin's homeless gets its own unit

"You can't beat it. Some people get to shower only once a week, if that." 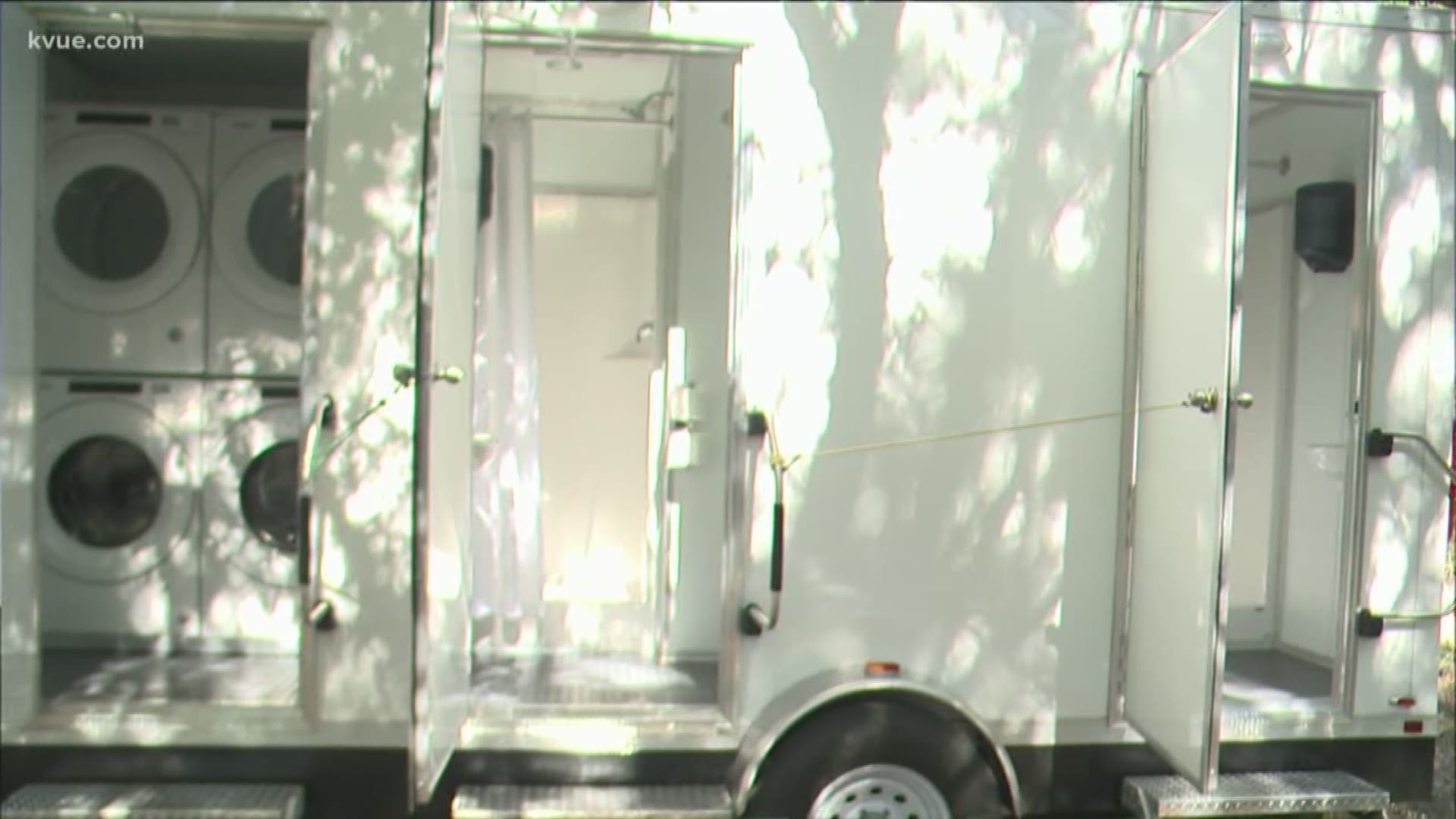 AUSTIN, Texas — Imagine going days, weeks or months without showering. That's the reality for many homeless people across Central Texas.

The nonprofit Lighter Loads ATX aims to give others a clean start – and now it will be even easier, as they received their own shower trailer earlier this month.

Lighter Loads ATX offers showers to people experiencing homelessness. Their new trailer also has a washer and dryer. Prior to getting their own unit, the nonprofit was using other groups' units.

"It gives people their dignity back. What we saw when they stepped out of their showers, they were smiling, their hair was wet and they had clean clothes on and they felt so good about themselves," Laurie Ritchie, one of the nonprofit's founders, said.

The unit cost $41,000 and was purchased with donation money.

When KVUE's Juan Rodriguez did a story on Lighter Loads ATX back in March, he spoke to William Sherrad, a man who used the nonprofit's services.

"You can't beat it – some people get to shower only once a week, if that," Sherrard said.

For him, taking a shower is not a luxury. For most of his life, he hasn't had a home.

"I've lost all my stuff numerous times because of flooding and theft," Sherrard said.

He said being able to shower is often a requirement.

"I work and do day labor every day so I need a shower for sure," he said.

"We found out they had resources, they could get food and water, but the one thing they kept saying was they needed showers," said James Ritchie, the group's other founder.

"They get infections," James added. "We can help them clean up."

"It makes a person feel better about themselves for sure," Sherrard said.

He's grateful the group gave him the ability to clean up.