'We don't know what the plan is' | Neighbors, businesses push back against hotels to house the homeless

Austin City Council is expected to discuss and possibly vote on purchasing two Austin hotels to use as housing for the homeless. 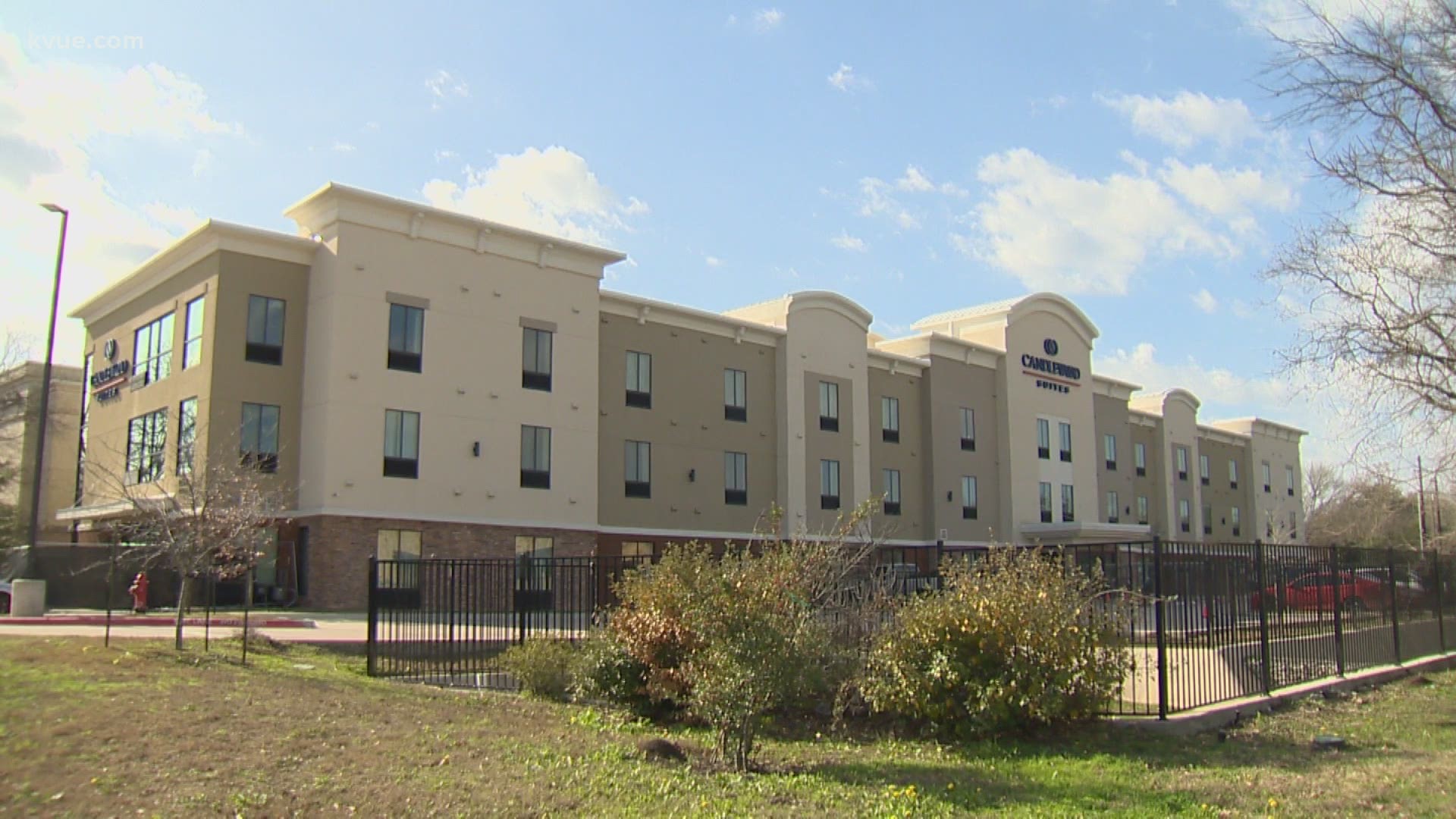 AUSTIN, Texas — On Wednesday, the Austin City Council is set to discuss purchasing two hotels to house those who are homeless.

"It's not helping anybody. You're trying to help the homeless, which I get it, and I'm sincerely empathetic to the situation," said Rupal Chaudhari, the CFO of Hampton Inn and Suites and the not-yet-opened Homewood Suites. "But how is this helping the homeless? You are housing only 60 people for the amount of money you are buying the hotel for."

Chaudhari said the hotel she works at, the Hampton Inn and Suites, shares a driveway with Candlewood Suites.

She, along with other business owners and neighbors, showed up on Tuesday, some holding signs protesting the potential purchase.

"Why were we as neighbors never notified that this was going to be done?" asked one neighbor.

Those who gathered said they were surprised to hear about the City's plans. Many said they found out over the weekend or on Monday.

"Tomorrow is too quick," said Freda Chen, the owner of Freda's Seafood Grille, in reference to Wednesday's City Council meeting. "They need to really think through it before making a decision tomorrow."

Mike Krall lives in the neighborhood near the proposed location.

"But as soon as you get past that process, then you do make it public, as we have done. We can enter into the contract on this property, and then there's a diligence period of time we can work with and meet with the neighborhood and all interested stakeholders," said Adler. "But if we're serious about getting people off our streets and out of tents, then we need a place for these folks to go. So we're going to need to provide the housing in our community."

Councilmember Mackenzie Kelly showed up outside Candlewood Suites, which sits in her district, on Tuesday.

"There’s been a lot of feedback from the community, especially people in District 6, who have concerns related to the hotel. And my thought, as a city councilmember, is that that requires more discussion," said Kelly. "We need to have more meaningful discussions and education related to the purchase of this hotel and how it might affect people."

She spoke to those who gathered, addressing their concerns about the potential for crime in the area to increase.

"There are ways that we can deter crime. We can put an ordinance in place that would not allow camping within so many feet of the property; we can put up privacy fencing; we can request additional security, but those are discussions that need to be had," said Kelly. "And we have not had time to have those discussions."

Kelly said she plans on making a motion during Wednesday's meeting to postpone the vote regarding the purchase of Candlewood Suites.

Austin City Council is scheduled to meet on Wednesday at 10 a.m.