Monday TxDOT underpass cleanups may not make much of a difference

At the direction of Gov. Greg Abbott, the Texas Department of Transportation will clean up homeless camps under state highways on Monday. 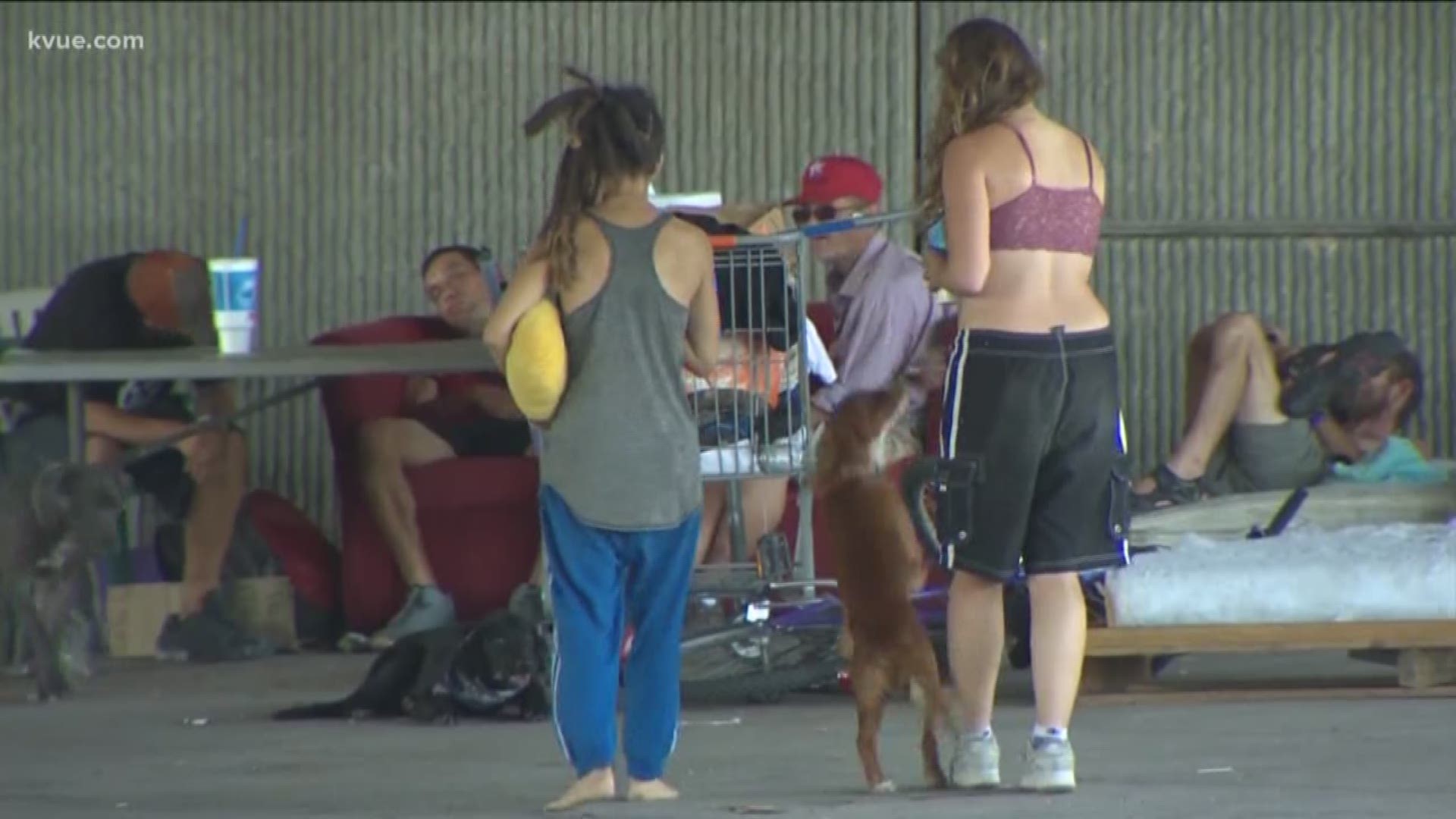 AUSTIN, Texas — Gov. Greg Abbott directed the Texas Department of Transportation (TxDOT) to clear homeless camps from underpasses on Tuesday, touting it as a follow-through on his promise to address Austin’s homeless crisis.

“Governor Abbott has been clear that unless the City of Austin demonstrated improvements to protect public health and safety, the state of Texas would step in to address this crisis. With [Tuesday’s] notice from TxDOT, the governor is following through on his promise,” a spokesman for the governor said in a statement.

According to TxDOT, the cleanups are only scheduled for Monday – they won’t be a reoccurring event. And after the cleanup happens, there is no law that would stop homeless people from returning to the same spot.

“At this time, our involvement is requested to support needed under-bridge cleanups for safety reasons,” TxDOT executive director James Bass said at a TxDOT Transportation Commission meeting on Thursday. “This certainly in no way means that we don't have empathy and feel for the people who find themselves in this situation.”

TxDOT handled underpass cleanups in Austin for at least three years. Back in March, the responsibility was switched to the City of Austin. In May, the City began those cleanups, using the same contractor the state used.

“This is not any different than any of the other cleanups that we've performed or the City of Austin,” said Diann Hodges, TxDOT spokesperson.

The Monday TxDOT cleanup will be at 17 different encampments. The City already cleans up 61 different underpasses around the city monthly. Some of those locations are scheduled for two cleanups in November because of the accumulation of more debris, said Austin Public Works spokesman Kyle Carvell.

Carvell said once the governor announced the cleanups would happen, the Public Works Department coordinated with TxDOT to make sure the cleaning schedule didn’t overlap.

Once TxDOT finishes up, the City will assume responsibility of continuing to clean the same underpasses.

Hodges said TxDOT will not be moving people – only trash and debris that could be a public safety hazard. Carvell said the City doesn’t move people during the cleanups, either.

TxDOT provided bags for homeless people to keep their important belongings in.

“We ask that they clear the stuff that they want to keep – their personal belongings – take them with them and we perform the cleanup,” Hodges said. “This cleanup will look just like the cleanups we have done in the past.”