About 300 people attended the forum on Tuesday. 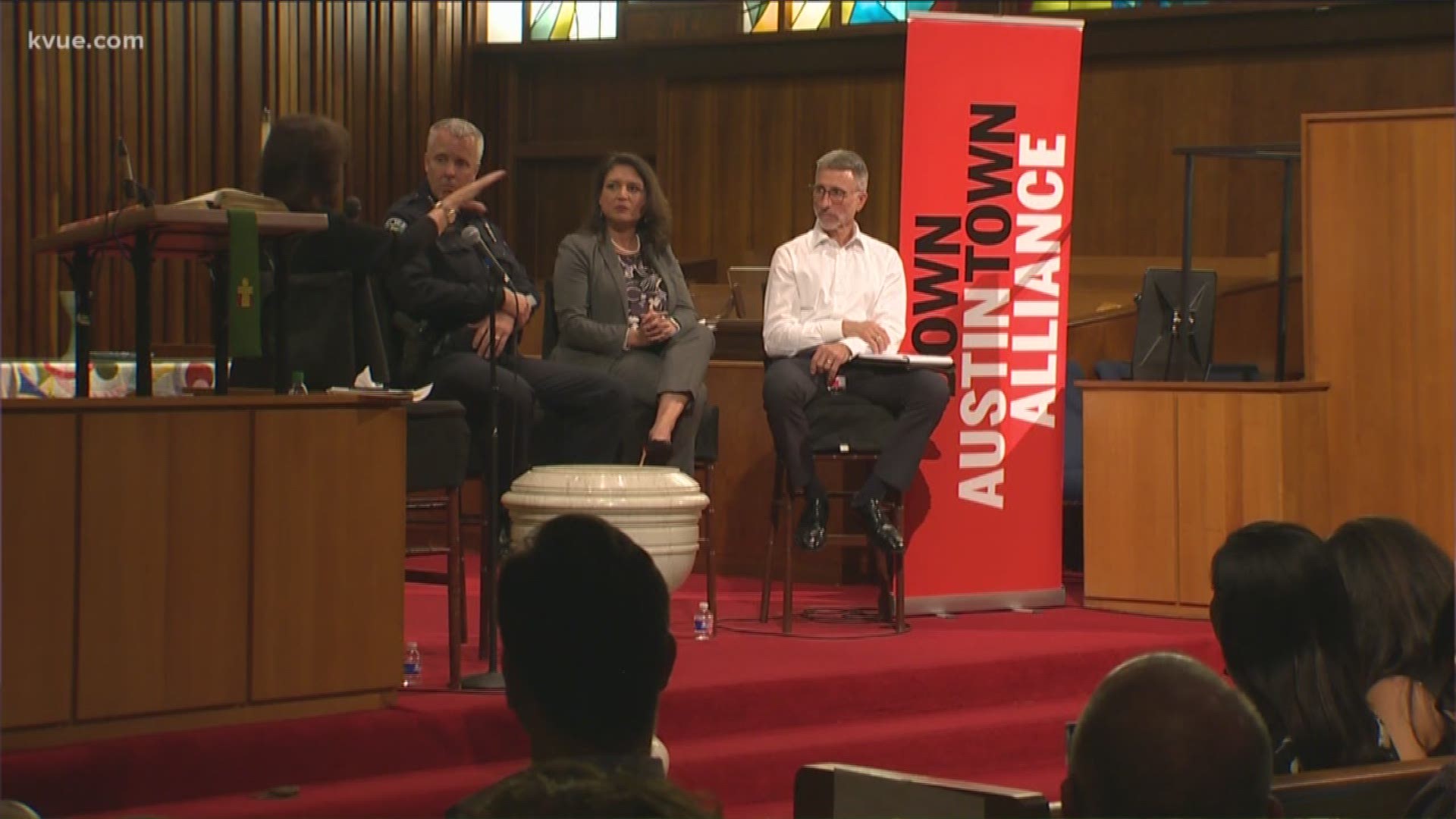 One leader that was noticeably absent? Mayor Steve Adler.

Many KVUE viewers wanted to know why Mayor Adler wasn't present at Tuesday's forum. KVUE's Molly Oak reached out to the mayor, who released the following statement:

"I had offered to attend and speak, but I understand the DAA declined and suggested speaking at a future event. I had a representative present and had since reviewed a recording."

The DAA said they did not invite him to speak, but said he was welcome to attend. The organization released the following statement to KVUE:

“All council members and the mayor were invited to attend, as this was a public forum and open to everyone. Councilmember [Kathie] Tovo was in attendance.

City Manager [Spencer] Cronk was invited to speak on behalf of the City as his office has been tasked with creating and presenting a homelessness plan, including recommendations for shelters in each district, to city council in August.

He was unable to attend and requested Veronica Briseño speak in his place. This was a public safety forum in conjunction with APD and its purpose was not to discuss policy, but instead educate people about the effects of the ordinance changes."

Watch a portion of the event.