The lawsuit was filed Monday in Travis County District Court.

Ellis Petersen filed a lawsuit against the City of Austin on Monday for a lack of transparency in how the City came to decide on the location of the new shelter.

“There was a lot of frustration once the council surprisingly made this decision. So what this lawsuit is necessary for is, even after they made the decision, the city leaders have refused to explain how they came up with this site,” said Bill Aleshire, Petersen’s attorney.

In June, the Austin City Council unanimously approved spending up to $8.6 million on an office building at 1112 Ben White Blvd. in South Austin as a new homeless shelter.

KVUE has previously reported that the building is worth $3.5 million, according to the Travis Central Appraisal District.

Resident groups and other activists have opposed the location since it was announced.

“There are a lot of negatives: it's right next door to an apartment for affordable housing; It is on the path that kids use to walk to school,” Aleshire said.

According to the lawsuit, Petersen filed three separate public records requests with the City in June and July to figure out how they came to the decision of purchasing the building.

Aleshire said the City has not provided any substantive information that would give an explanation. 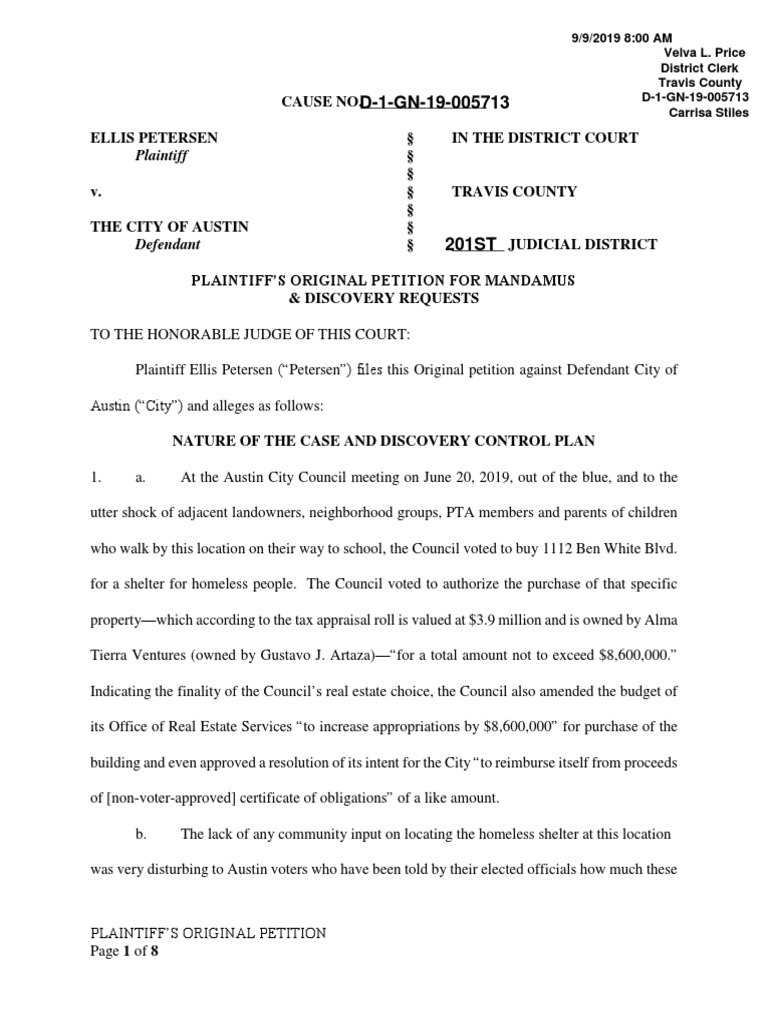 A spokesperson for the City of Austin responded to the lawsuit with this statement:

“The City of Austin is in current and ongoing negotiations to buy property for a new homeless shelter – a need that has been widely and publicly discussed. Because the parties have not finished negotiating and reached an agreement with the current owner, the City followed State law to protect its negotiating position.”

Aleshire is concerned about the way this has been handled being the same way the City handles future projects like it.

“What makes this extraordinarily important, now, is that the City has said the way they're handling this location is the model they're going to use in all of the nine other council districts,” Aleshire said. “This is no model to be followed and it needs to be challenged and that is separate and apart from humanitarian efforts to actually help homeless people.”